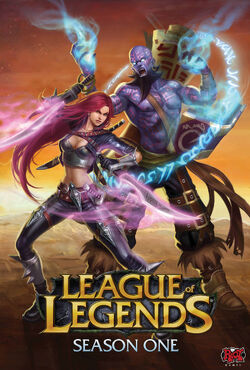 During Season One, 28 new champions were released.

Champions are being rotated during seasons, including "in-season" champions, this means while you can play all the champs in Normal Games, there will be some Champions that won't be allowed in the Ranked Games:

That's a very insightful question. We thought a lot about that, and in the short term, we're going to keep releasing champions. In the longer term, as we roll out competitive seasons, our first season will include all champions, but our additional seasons will feature a reduced set of "in-season" champions. This means that -- while you can always play all champions in [casual play] -- the featured competitive mode will have a reduced set of champions that rotates periodically as we cycle through seasons. This allows us to revitalize the metagame; if a particular strategy is getting really strong, one way to make things interesting is to just change the champion rotation. And it also reduces the learning burden for someone coming in, so they don't have to learn 60 champions -- they only have to learn 35 or 40, or whatever number we determine.[6]

The following features were confirmed on the June 15 preview of the Season 1 and have been implemented since the beginning[7]:

Season 1 will conclude with a $100,000 Grand Finals featuring the best teams from all over the world. Teams will qualify for the grand finals by competing in a circuit of local, online, and global events. At the end of each event, top placing teams will not only be rewarded with cash and prizes, but will also earn ranking points that establish them as the best in their region. Many summoners will thrive, but only one team will earn the title of Season 1 Champion. The Grand Finals are scheduled from June 18 to June 21, 2011 at Dreamhack in Jönköping, Sweden.[8]

The season one regional qualifiers for Dreamhack took place on the weekend of May 27–28, 2011. The 8 top placed teams in each of the north America and Europe divisions competed for a total of 3 seats in each division at the tournament. Combined with 2 seats from Asia this deiced the 8 teams to compete at Dreamhack. Details of the Regional Qualifiers tournament can be found here. The Friday after, On July 3 the season 1 finalists where announced. The qualifier stream had a total of 300,000 unique viewers with a peak of 69,000 people watching at one time.

Teams qualified to compete at Dreamhack 2011:

The qualifying matches decided who went to semi-finals. First ranked of a group goes directly, while 2nd and 3rd placed had to dispute a relegation match. The 4th ranked team of a group was eliminated. Ties were broken by using the number of kills combined from every match. 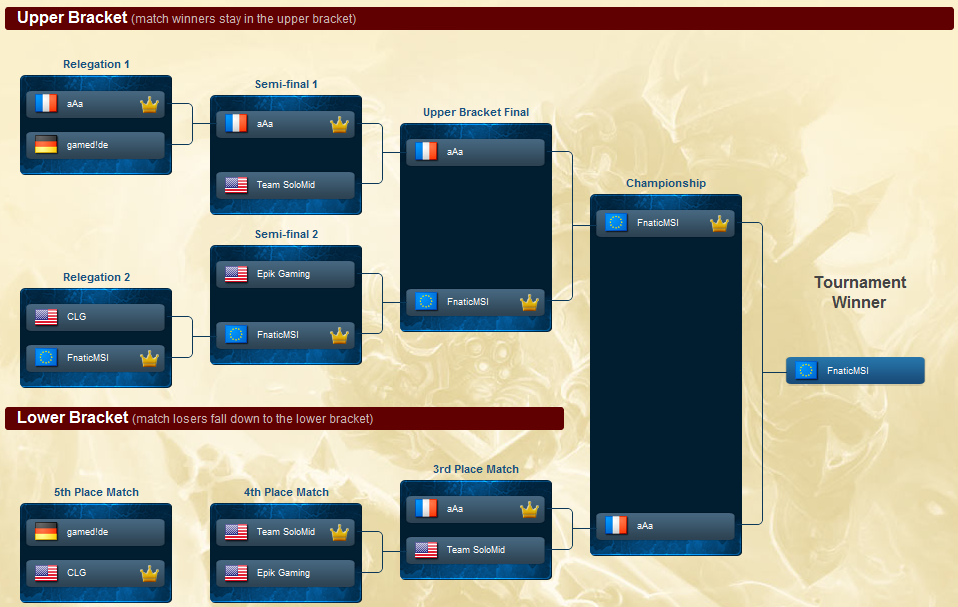 Aggregated champion statistics from the championship:

At the end of Season One, players were awarded forum medals according to their rating at the end of the season. Platinum and gold received an exclusive 20px Jarvan IV skin - 20px Victorious Jarvan.

In addition all Season One veteran players received an exclusive