Zuretta is a desert settlement in northern Shurima. 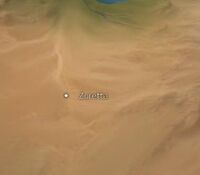 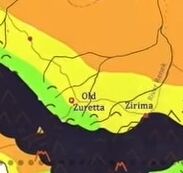 Zuretta is an ancient city that was destroyed countless times during its history. Originally the city was located in Sai Faraj. After some period of time the city was relocated to its current location in The Great Sai.

Shurima
Retrieved from "https://leagueoflegends.fandom.com/wiki/Zuretta?oldid=3143169"
Community content is available under CC-BY-SA unless otherwise noted.