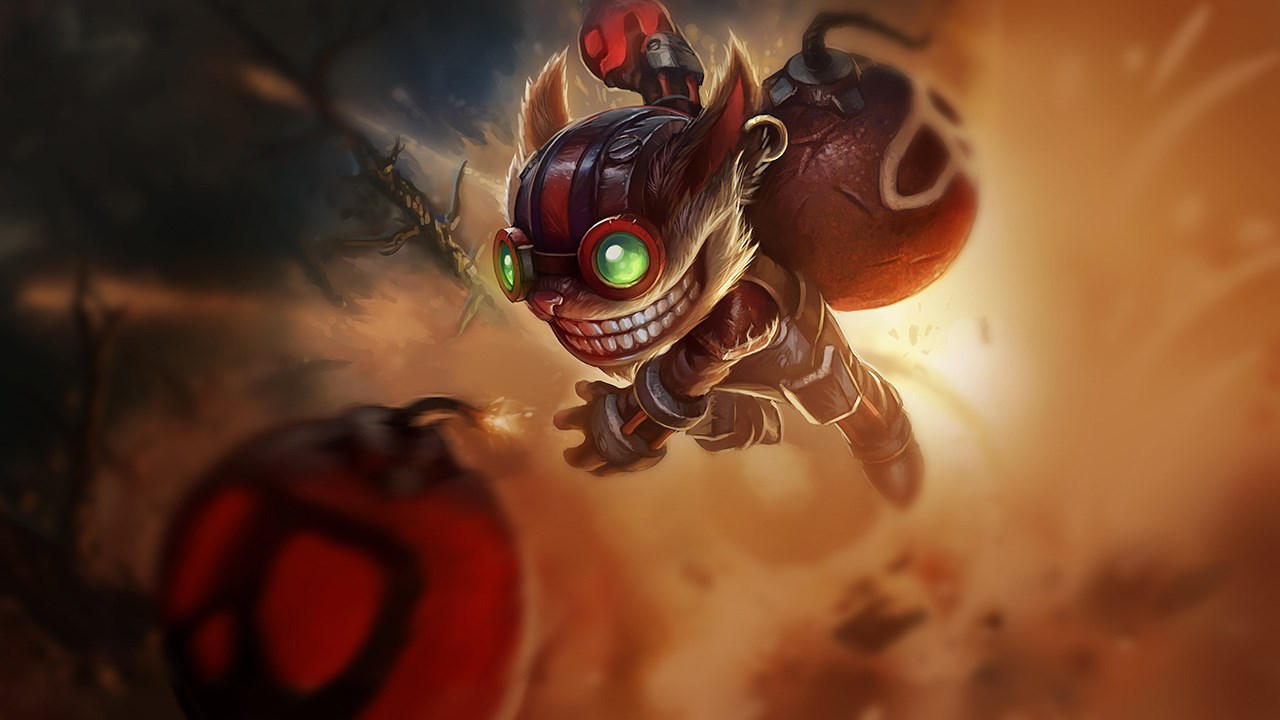 Ziggs is a champion in League of Legends.[1]

cooldown is reduced by 4 / 5 / 6 (based on level) seconds whenever Ziggs casts an ability.

Active: Ziggs throws a bouncing bomb at the target location, which explodes upon landing near an enemy, landing within terrain, or reaching its final bounce. The bomb can bounce up to two times, the distance traveled each time based on how far it was originally thrown.

The bomb's explosion deals magic damage to all nearby enemies.

Bouncing Bomb will cast at max range if cast beyond that.

Active: Ziggs hurls an explosive charge at the target location for 4 seconds, which grants

sight of the area and explodes after the duration. Satchel Charge can be recast at any time while it is in flight or within its duration, and does so automatically after its duration ends.

Upon exploding, all enemies within the area are dealt magic damage and

knocked back up-to 500 units away from the center of the charge, though not through terrain. If Ziggs is within the explosion, he

dashes up to 825 units away from the center of the charge.

turrets within the area below a

dash if he is

grounded. He can cast any of his abilities during the dash.

Active: Ziggs scatters a cluster of 11 proximity mines over the target location, granting

sight of the area for 2 seconds, arming after 0.5 seconds, and lasting for up to 10 seconds.

Each mine within the area explodes upon contact with terrain or an enemy, dealing them magic damage and

slowing them for 1.5 seconds, as well as granting

sight of the area around the explosion for 2 seconds. Enemies can detonate multiple mines but mines beyond the first only deal 40% damage to them.

sight within a 600 radius around its destination for 4 seconds.

Upon reaching the location, it explodes, dealing magic damage to all enemies within the area, increased by 50% against those in the epicenter.

"I'll bring the Big One!"
Info 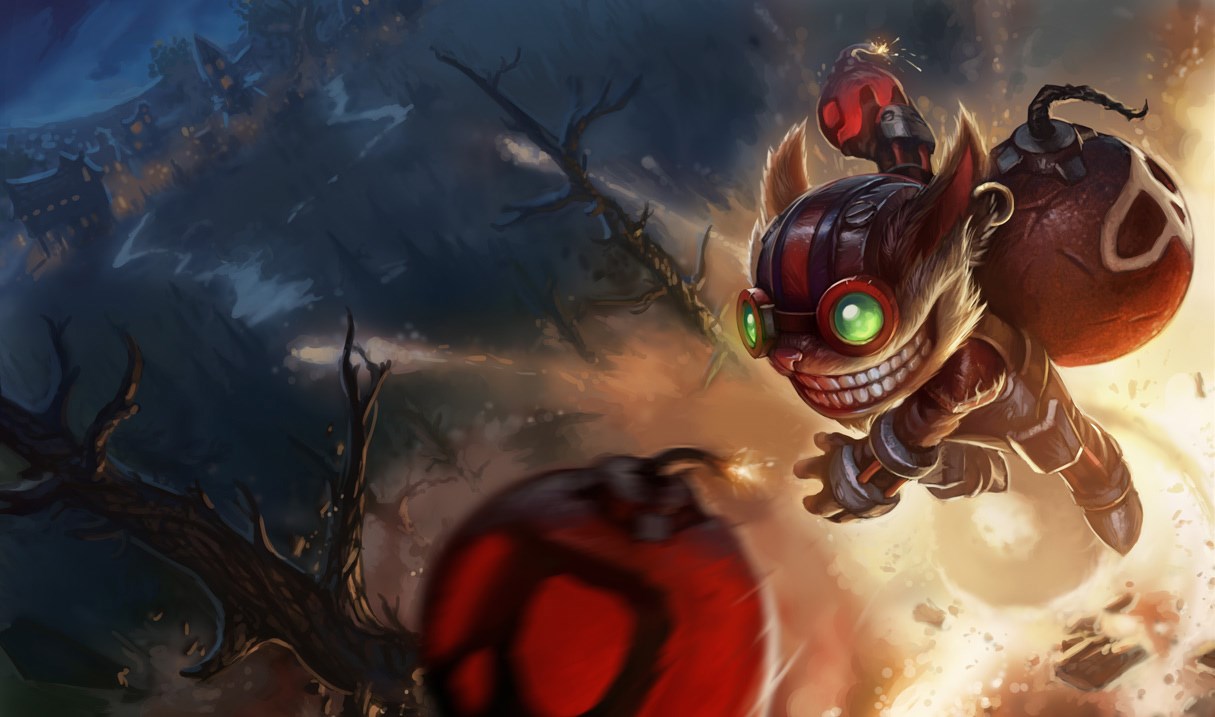 880
01.02.2012
With a love of big bombs and short fuses, the yordle Ziggs is an explosive force of nature. As an inventor’s assistant in Piltover, he was bored by his predictable life and befriended a mad, blue-haired bomber named Jinx. After a wild night on the town, Ziggs took her advice and moved to Zaun, where he now explores his fascinations more freely, terrorizing the chem-barons and regular citizens alike in his never ending quest to blow stuff up. 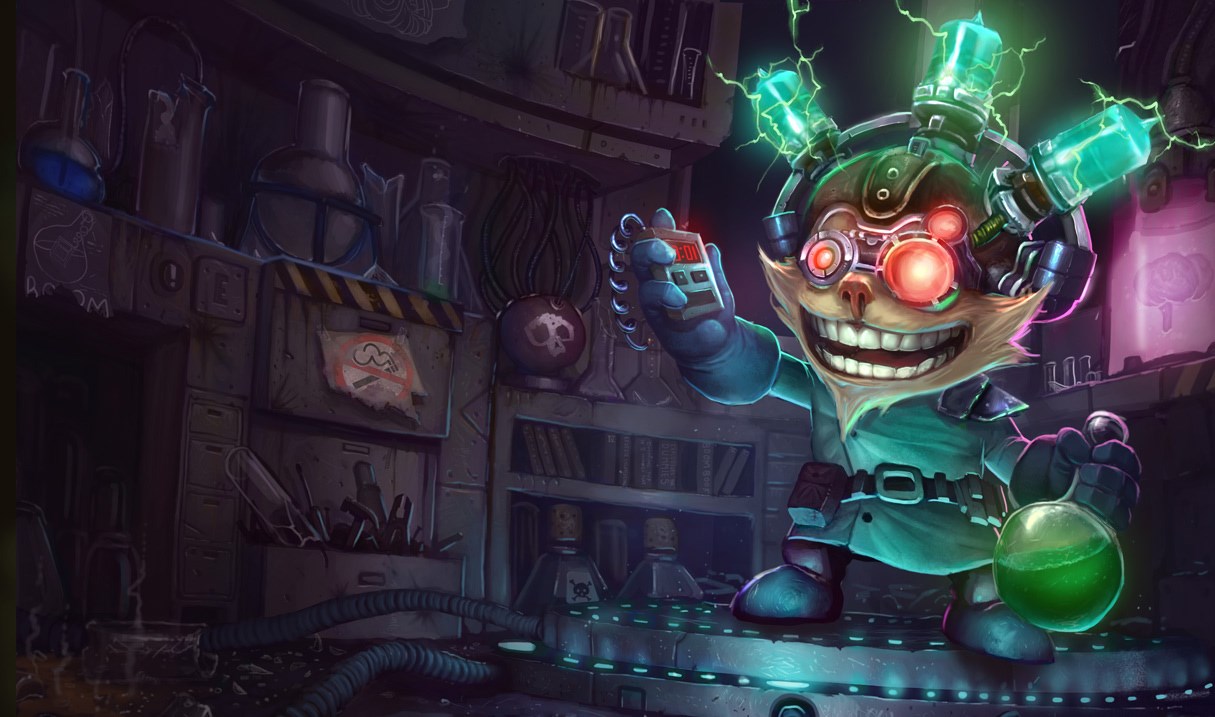 975
01.02.2012
The last time Ziggs plugged two electromagnetic charges into his brain, he almost exploded. Maybe, three will do the trick. 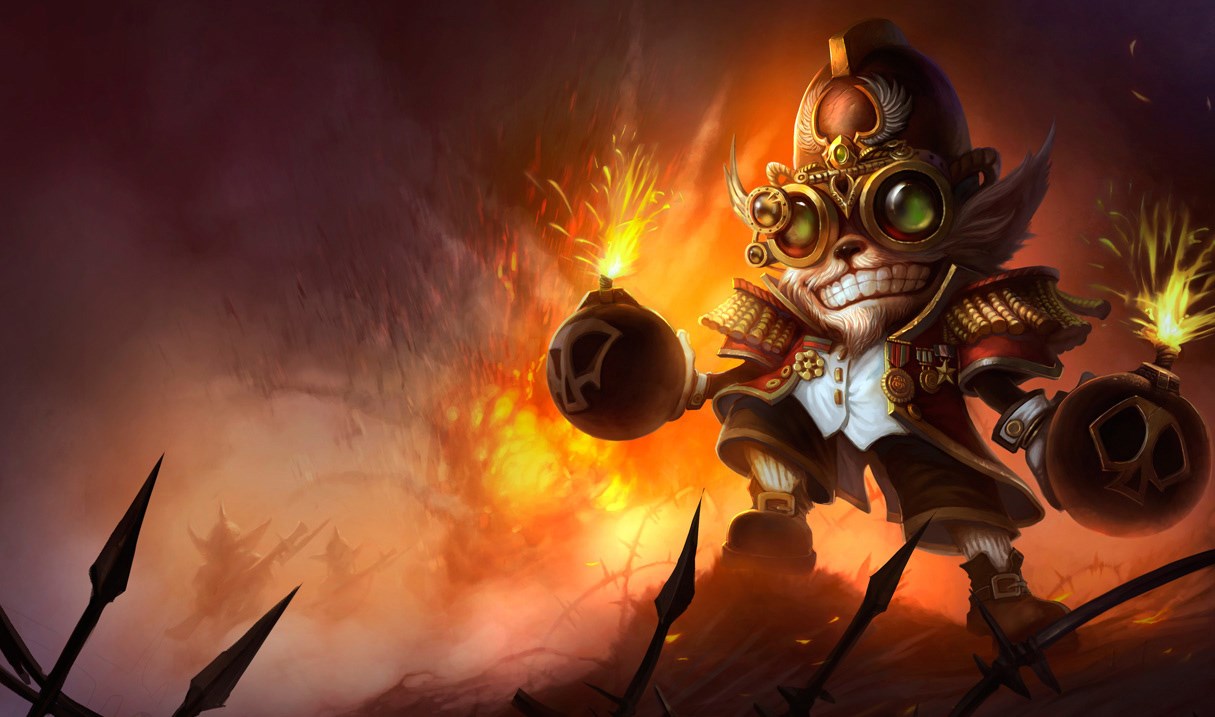 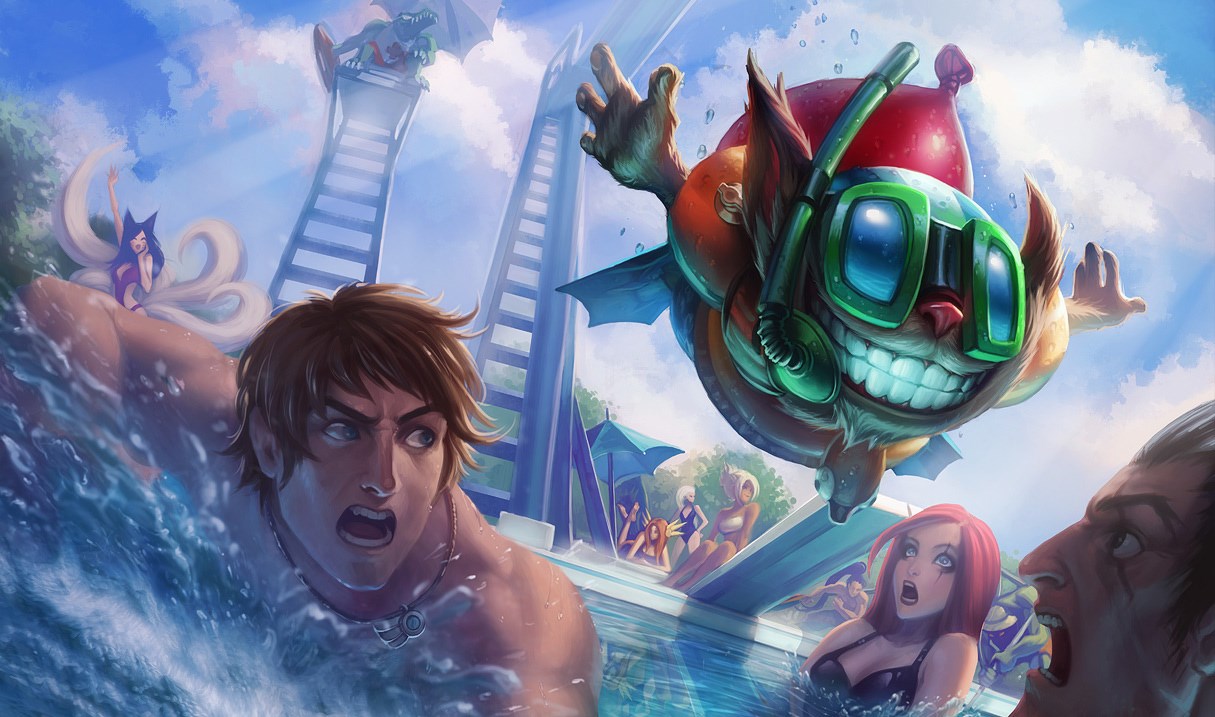 1350
04.09.2012
Ziggs is obsessed with creating the biggest water balloon in the history of poolside festivities, for reasons lost on everyone he's ever met. He keeps insisting he's a 'waterologist,' which isn't a real thing. 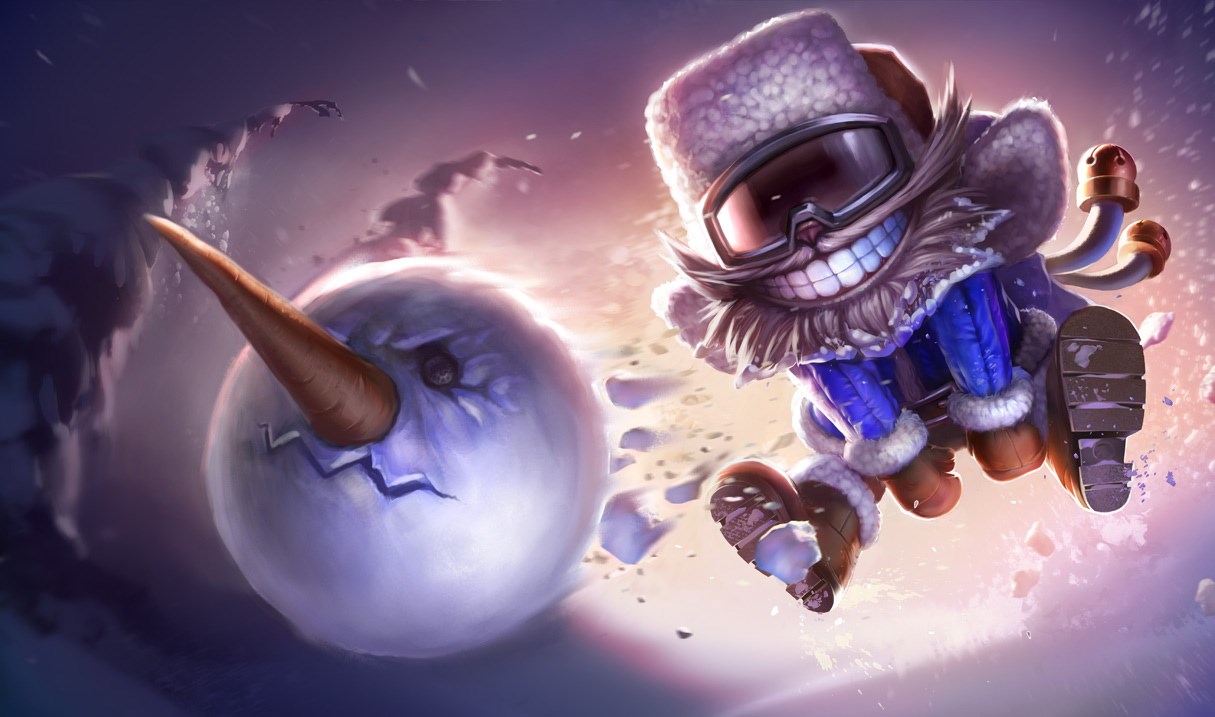 975
14.12.2012
Ziggs knows a thing or two about lobbing bombs, and he's happy to take a break and throw snowballs around instead. If by “a couple”, you mean several hundred, and by “balls”, you mean volatile spheres of explosive wintery death. 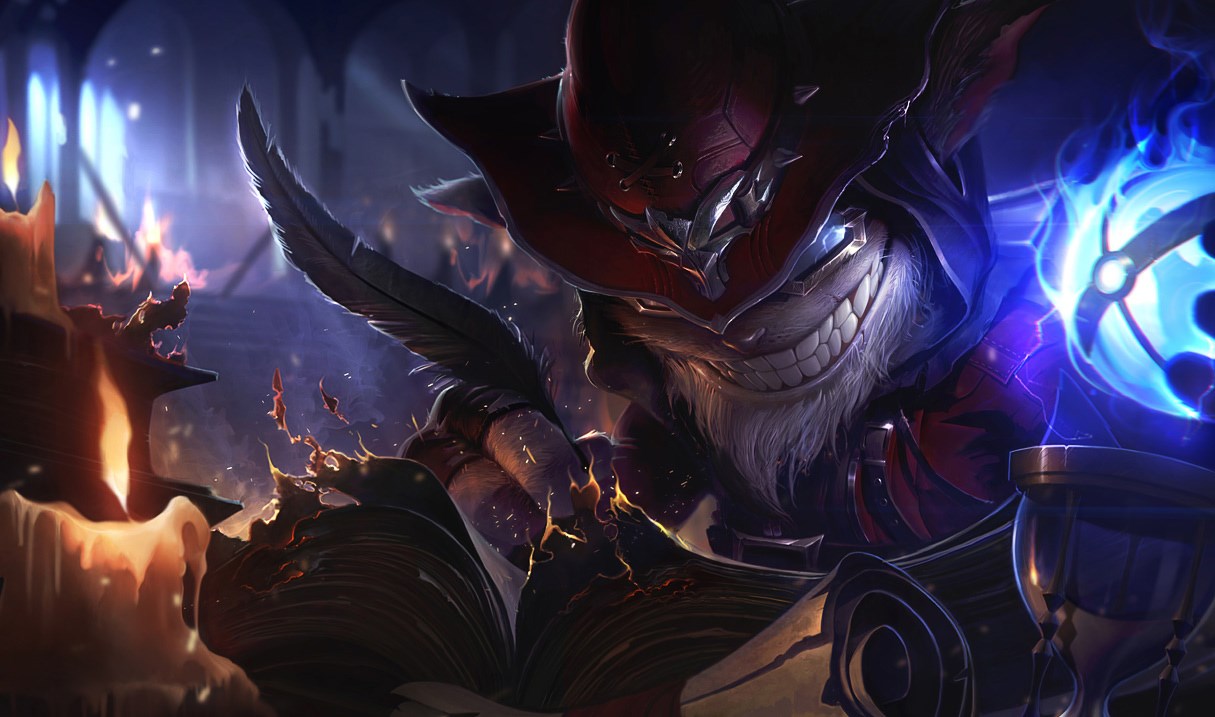 1350
06.05.2015
Ziggs dwells at the crossroads of science and magic, striking an eccentric figure whose collection of enchanted artifacts and forbidden tomes rivals the greatest in the known world. He uses this arcane knowledge to make bombs. Magic bombs. Big ones. 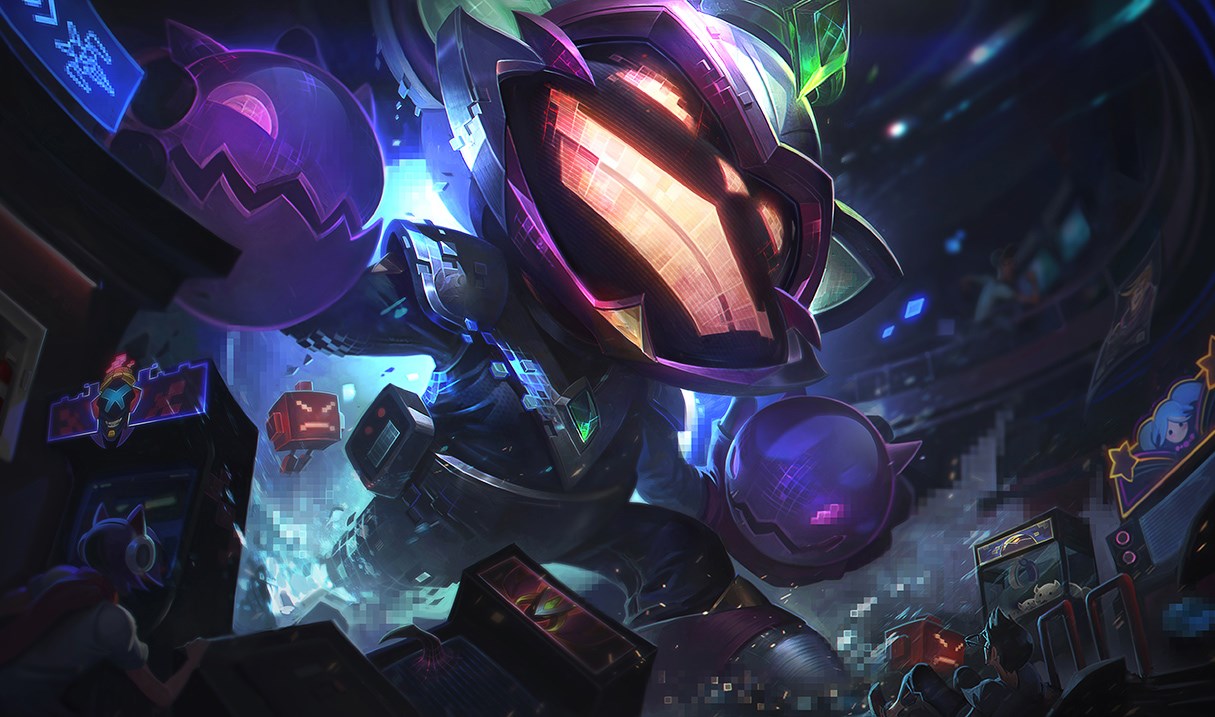 1350
08.08.2017
A boss originally from Super Yordle Bombers, Ziggs was transported to Arcade World for one purpose: blow up everything. Armed with his signature explosives (and the programming to use them!) he has wrought digital destruction the way only an angry mini-boss can. 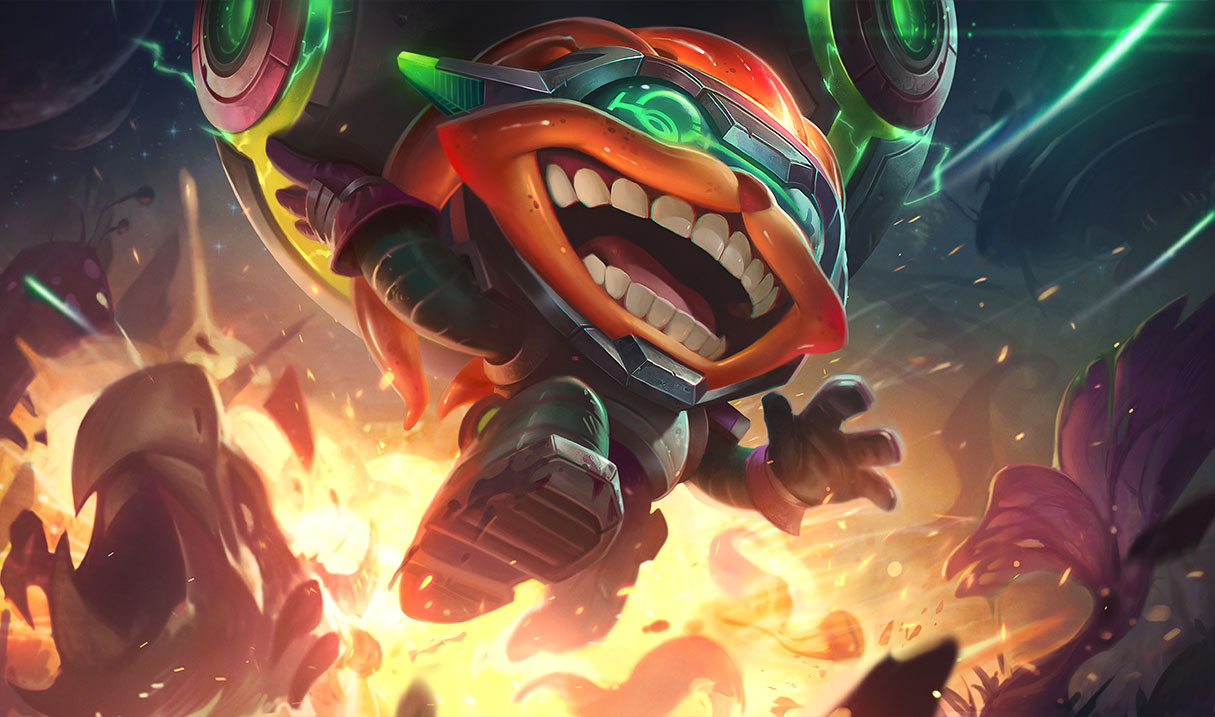 1350
12.09.2018
A disgraced engineer best known for rapid advances in ora mining technology, Ziggs lost everything when a young technician and her hulking manager “accidentally” rigged one of his devices to explode ahead of schedule. Bitter and manic, he now travels between ora hotspots in a mad gamble to regain his former prestige. 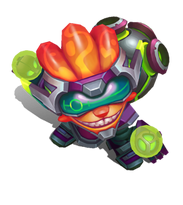 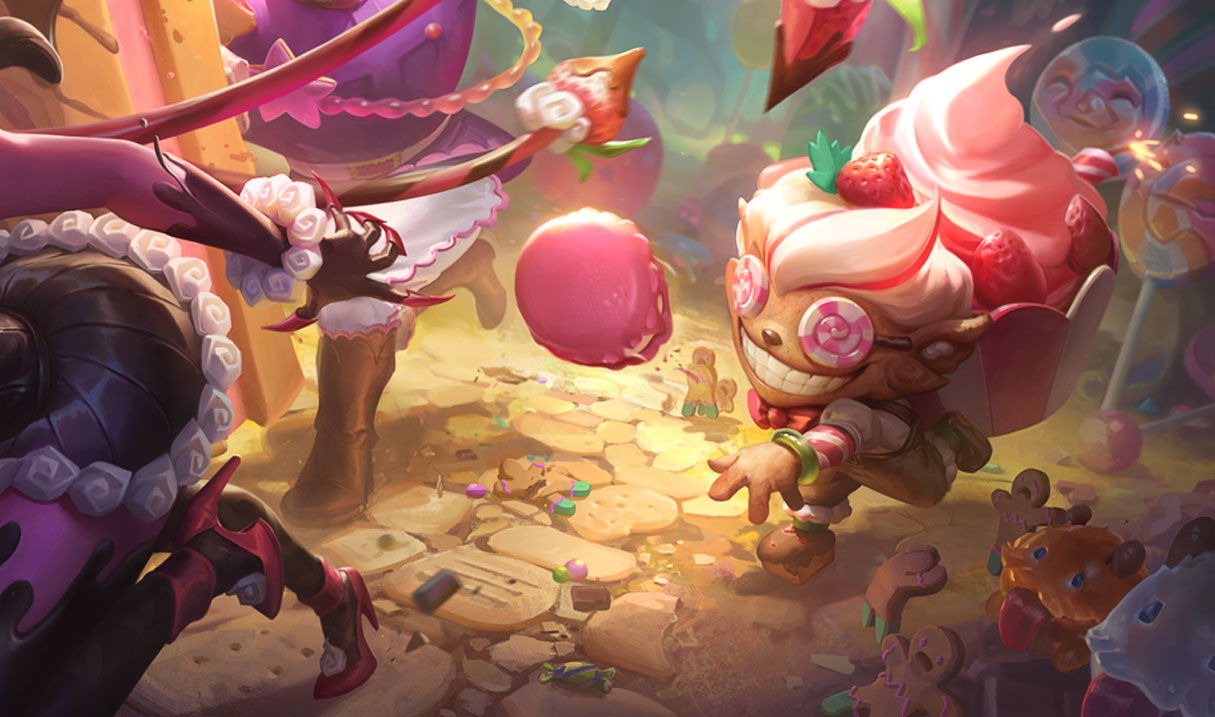 1350
17.12.2019
The famed Gumball Grenadier, Ziggs, bursts across Candy Kingdom! Everyone knows to enjoy his colorful explosions… from a safe distance. 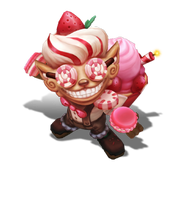 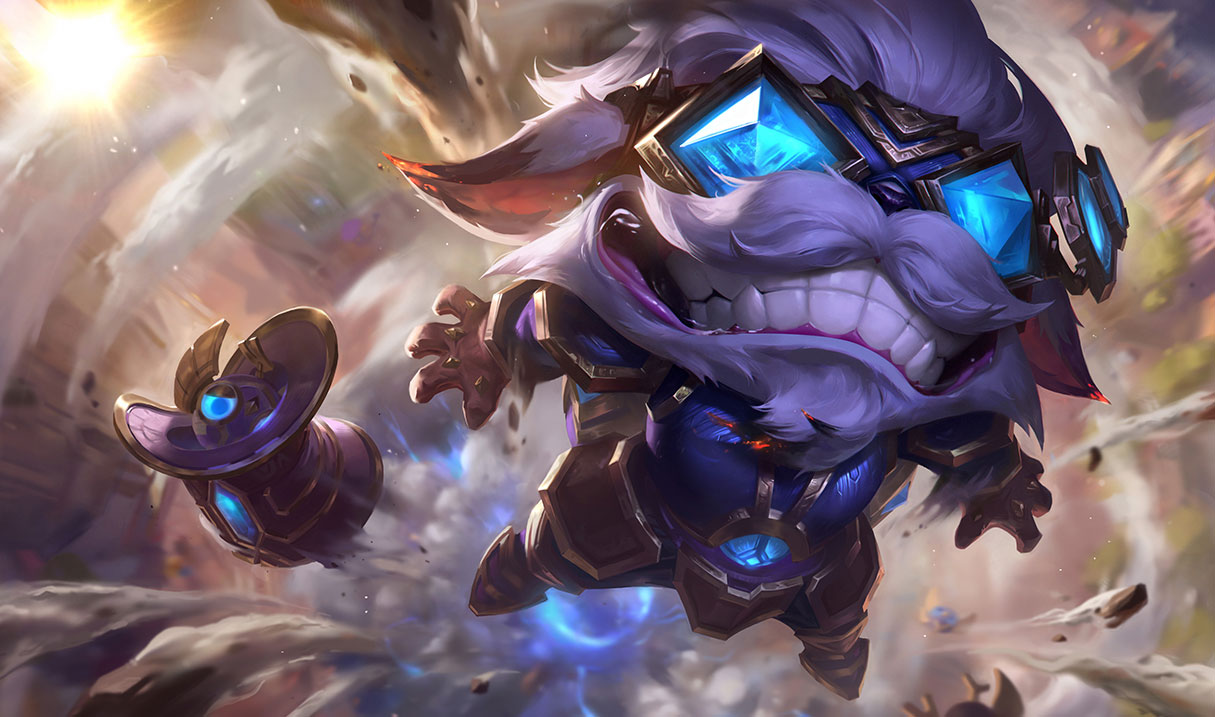 Hextech
View in 3D
Special
03.09.2020
Famed inventor of Tocker, Ziggs is a savant to some, to others a maniac. All can agree that no matter the consequences, Ziggs seems to enjoy his experiments—especially the subsequent explosions. What is perhaps most miraculous of all is how he and Tocker have survived so many blasts over the years. 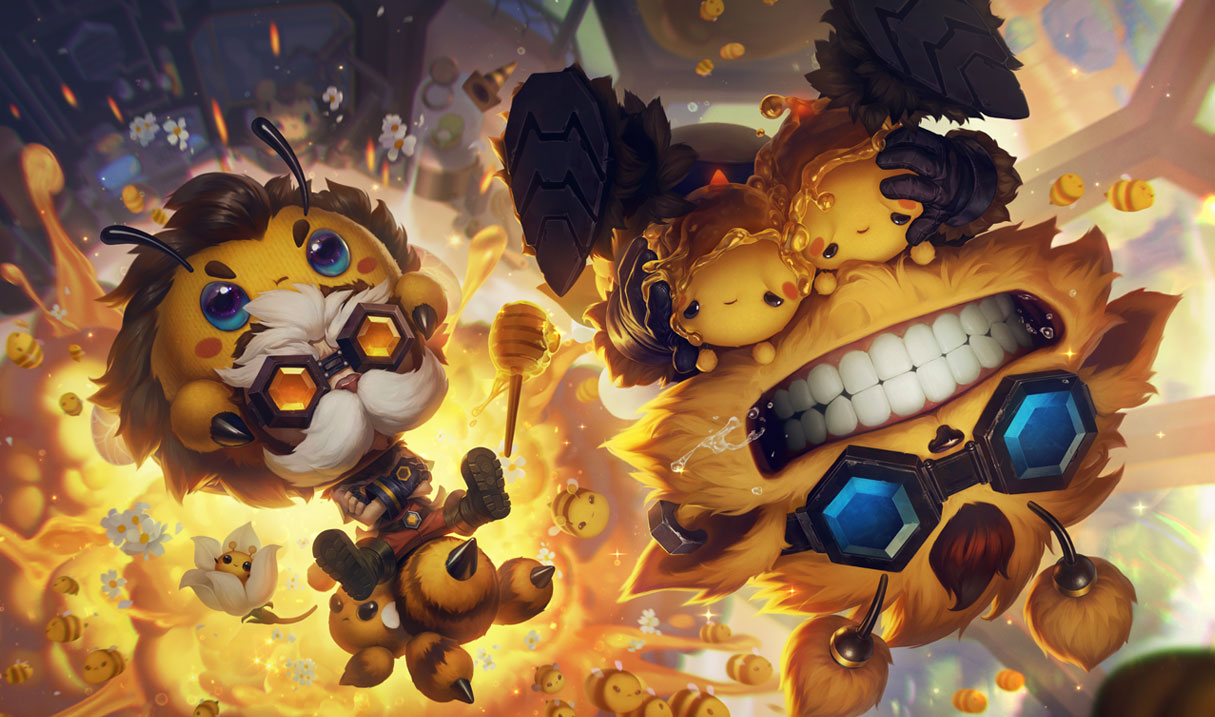 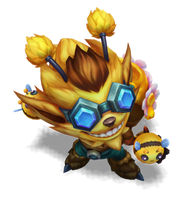