"Even if you don't have a spine, you still have to stand up for yourself." - 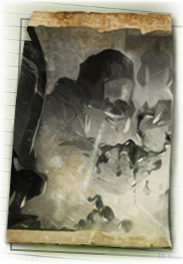 Zac is the product of a Zaun experiment to manufacture a hexchem-engineered supersoldier - the Zaun Amorphous Combatant. Combining brute strength with limitless flexibility, he is a versatile juggernaut: a creative fighter who bounces over obstacles and pounds his foes into submission. Though he was created inside a weapons laboratory, Zac was rescued and adopted by two loving parents who raised him to be a kind and friendly child. As the years passed, he grew up to be a fierce hero, sworn to protect the ordinary, everyday people of Zaun.

Long ago, two Zaun scientists developed an organic substance that could withstand extreme conditions, spontaneously alter its biological structure, and generate tremendous amounts of kinetic force. As the scientists, husband and wife, watched the prototype grow from a spoon-sized droplet to a small

blob, they noticed that their creation would respond to their presence. It sprung forward when they called and bounced when they sang. The couple began to see more than an experiment: they saw a small child, filled with affection and joy.

After testing the prototype one evening, the scientists placed the blob back in its cage. It slouched and shuddered in the corner, inconsolably sad. At that moment, the couple realized that their beloved creation wished for a free life outside the lab. They were struck by their conscience and could not allow the prototype to be used as a weapon. The husband and wife fled with the young blob, replacing its weapon designation - Zaun Amorphous Combatant - with a proper name: Zac. In a quiet neighborhood far from the city of Zaun, the scientists raised Zac as their own child. 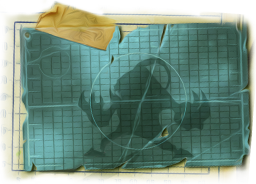 Zac was always different from the other children. None had his powers of strength and flexibility, so the couple taught him to tell right from wrong and to use his gifts responsibly. Thanks to the care and affection of his loving parents, Zac lived a peaceful, happy childhood.

That childhood ended when the Zaun laboratory finally found Zac. Unable to replicate the formula used to create the amorphous prototype, the laboratory's staff never stopped searching for the scientists and their experiment. When they tracked down the family, they threatened to tear it apart. The staff abducted Zac's parents and demanded that the couple assist in his capture and return. Seized by the fear of losing his freedom and his parents, Zac unleashed every ounce of his raw energy and mass for the very first time. He subdued his parents' captors, sent the laboratory's workers fleeing, and brought his loved ones home. From then on, Zac vowed to defend all ordinary lives threatened by extraordinary treachery and wickedness. Originally built to destroy, he now protects the innocent and the helpless.

Cell Division is an on-spell effect with an on-death effect component.

Stretching Strike is a direction-targeted area of effect.

Unstable Matter is a point-blank area of effect.

Elastic Slingshot is a ground-targeted area of effect.

Let's Bounce! is a ground-targeted area of effect with a self-targeted buff component.

Retrieved from "https://leagueoflegends.fandom.com/wiki/Zac/History?oldid=2989557"
Community content is available under CC-BY-SA unless otherwise noted.