< Yorick
View source
watch 02:56
Raise a Floppa - The Loop
Do you like this video?
Play Sound 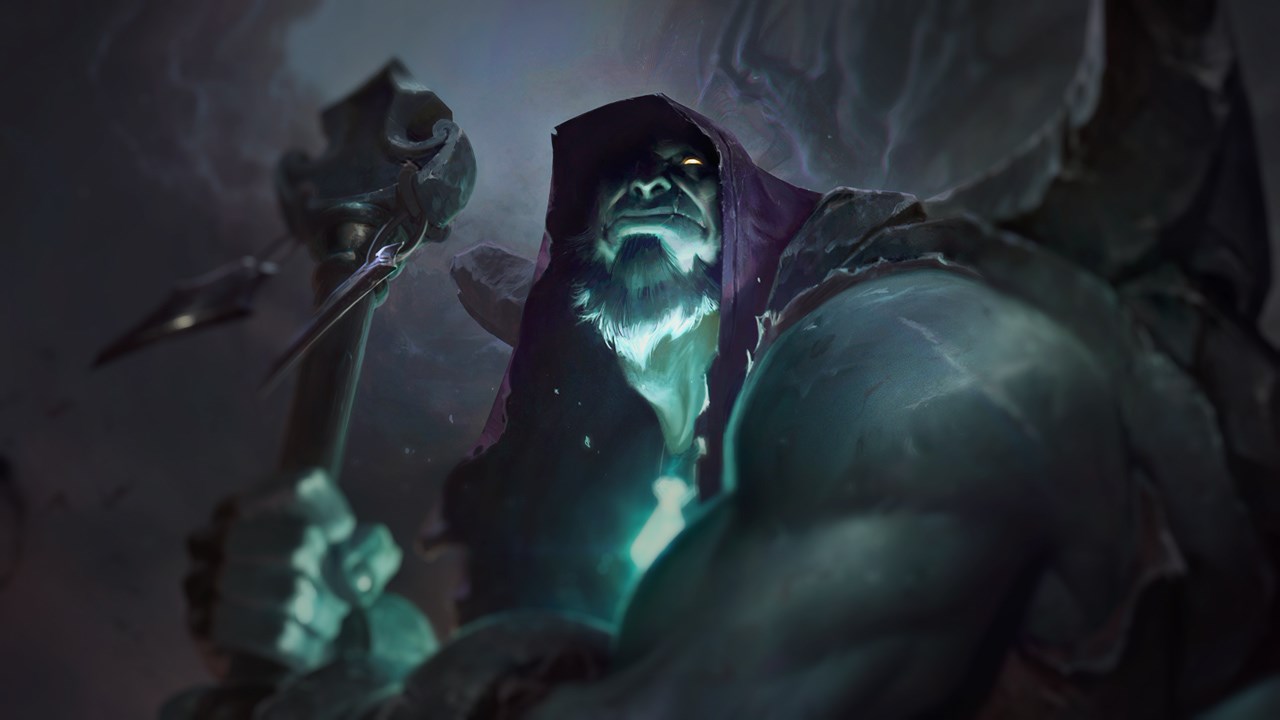 Yorick is a champion in League of Legends.[1]

Innate- Final Service: Yorick raises a grave for every enemy

monster and 12th / 6th / 2nd (based on level) non-champion enemy that dies near him, as well as for every enemy he kills with

Last Rites. Only 4 graves can exist at the same time, with the furthest ones being replaced by the newest. Large monsters that die near Yorick always leave a grave.

Mourning Mist's mark to raise a Mist Walker from each grave.

Innate - The Horde: Only 4 Mist Walkers can be active on the battlefield at a time, with the closest ones being replaced by the newest.

Active: Yorick curses his shovel, empowering his next basic attack within 5 seconds to have an

cooldown, Yorick is granted the ability to cast

Awakening. Awakening will remain cast-able until there are no more graves nearby.

Active: Yorick exhumes a Mist Walker under his command from each nearby grave.

"Arise and return to this world."

Active: Yorick summons a wall of spirits around the target location which arises after 0.75 seconds, lasting for up to 4 seconds, acting as impassible terrain to enemies, and also granting

sight inside the ring. Enemies within the wall's perimeter at the time of its summon are

knocked aside over 0.25 seconds, though not through terrain; within 210 units, they are pulled inside, outside this radius they are pushed away.

Dark Procession can only be targeted by enemy

turrets. The wall takes 1 damage per attack from champions and is destroyed instantly from turret attacks.

Active: Yorick hurls a globule of Black Mist that splashes across an off-centered area at the target location, dealing 15% of target's current health magic damage to all enemies within the area, down to a minimum threshold.

monsters hit by the Black Mist are

slowed by 30% for 2 seconds, and are marked for 4 seconds, during which they take 40% bonus damage from 8 attacks by Mist Walkers and continuously raise a Mist Walker from each nearby grave, up to a maximum of 4. Yorick, Mist Walkers and the

20% bonus movement speed when moving towards nearby marked enemies. Marked

leap to nearby marked enemy champions and large monsters, dealing

Mourning Mist will cast at max range if cast beyond that.

"An unholy mark upon you!"
Info

Eulogy of the Isles

Eulogy of the Isles

Active: Yorick summons the Maiden of the Mist surrounded by a number of Mist Walkers at the target location, which remain on the battlefield until she or Yorick dies. Eulogy of the Isles can be recast once while The Maiden of the Mist is alive after 10 seconds of the activation.

Recast: Yorick sets The Maiden of the Mist free, allowing her to push the nearest lane until she dies.

See Pets for more details about The Maiden of the Mist. Eulogy of the Isles will cast at max range if cast beyond that.

"Behold the horrors of the isles!"
"The mist takes all!"
Info

Maiden of the Mist 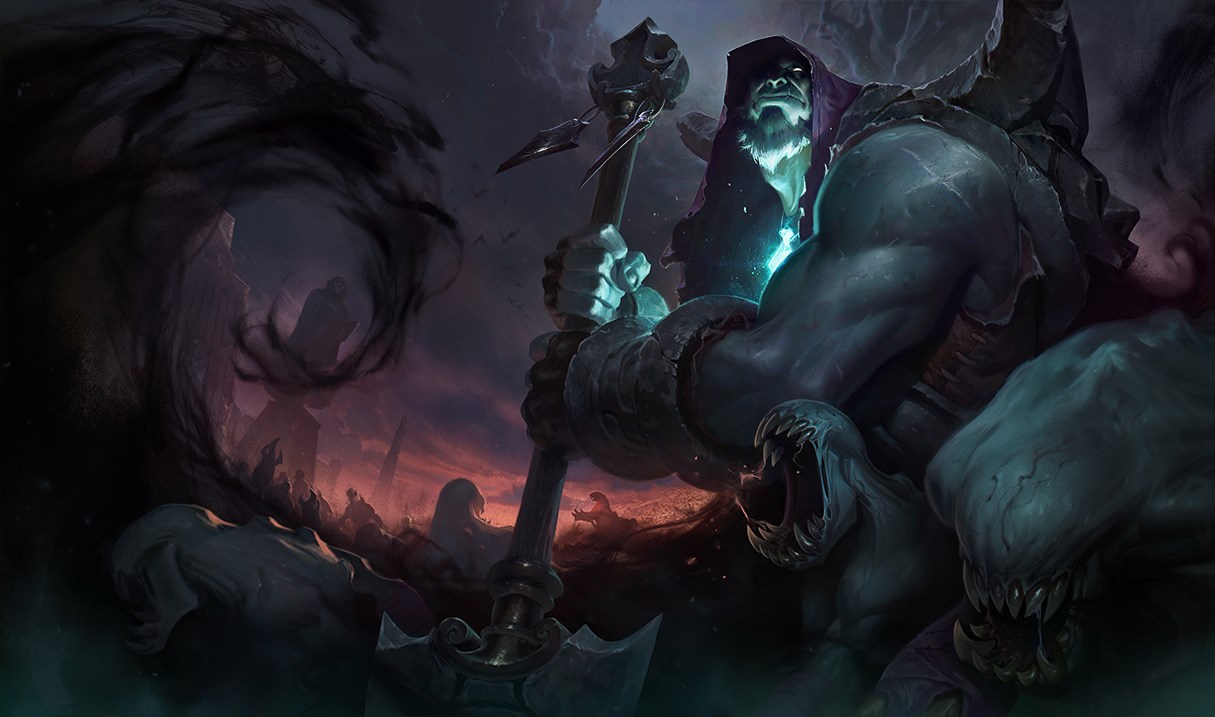 880
22.06.2011
The last survivor of a long-forgotten religious order, Yorick is both blessed and cursed with power over the dead. Trapped on the Shadow Isles, his only companions are the rotting corpses and shrieking spirits that he gathers to him. Yorick’s monstrous actions belie his noble purpose: to free his home from the curse of the Ruination. 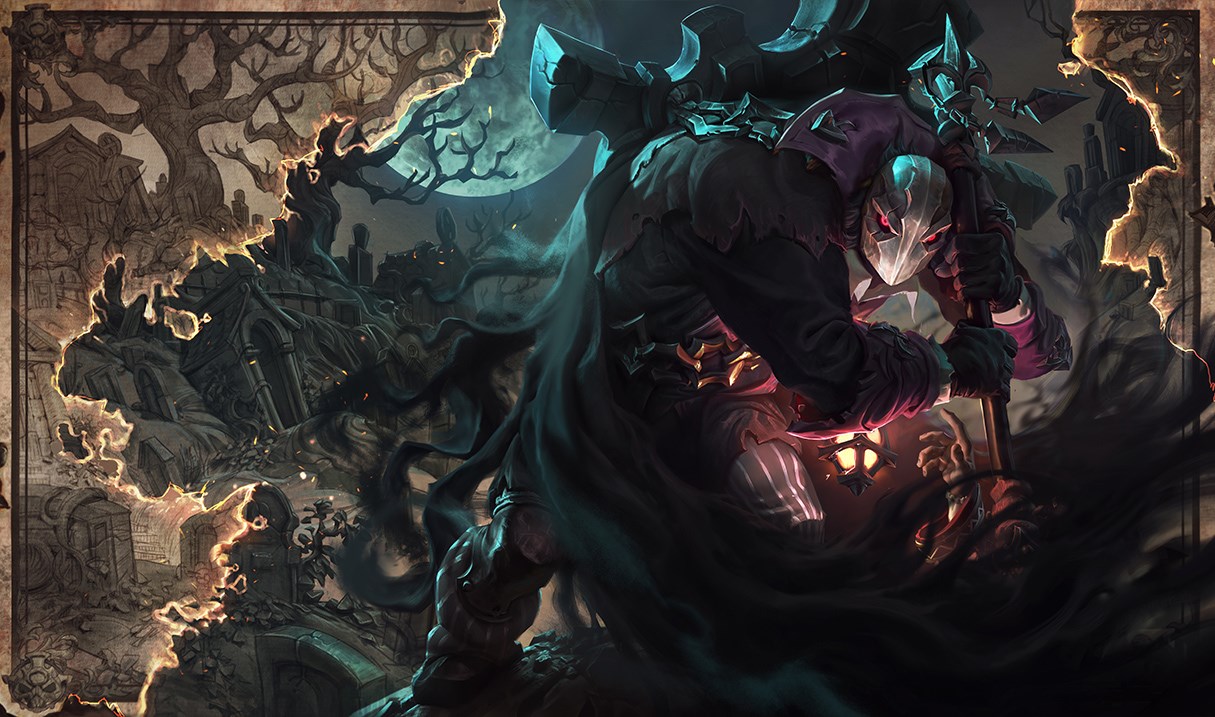 520
21.06.2011
The Undertaker is a wretched creature, cursed to shoulder every secret his city has buried. These old, unhappy things tear constantly at his mind, which is itself infected by his queen's unending ambition. 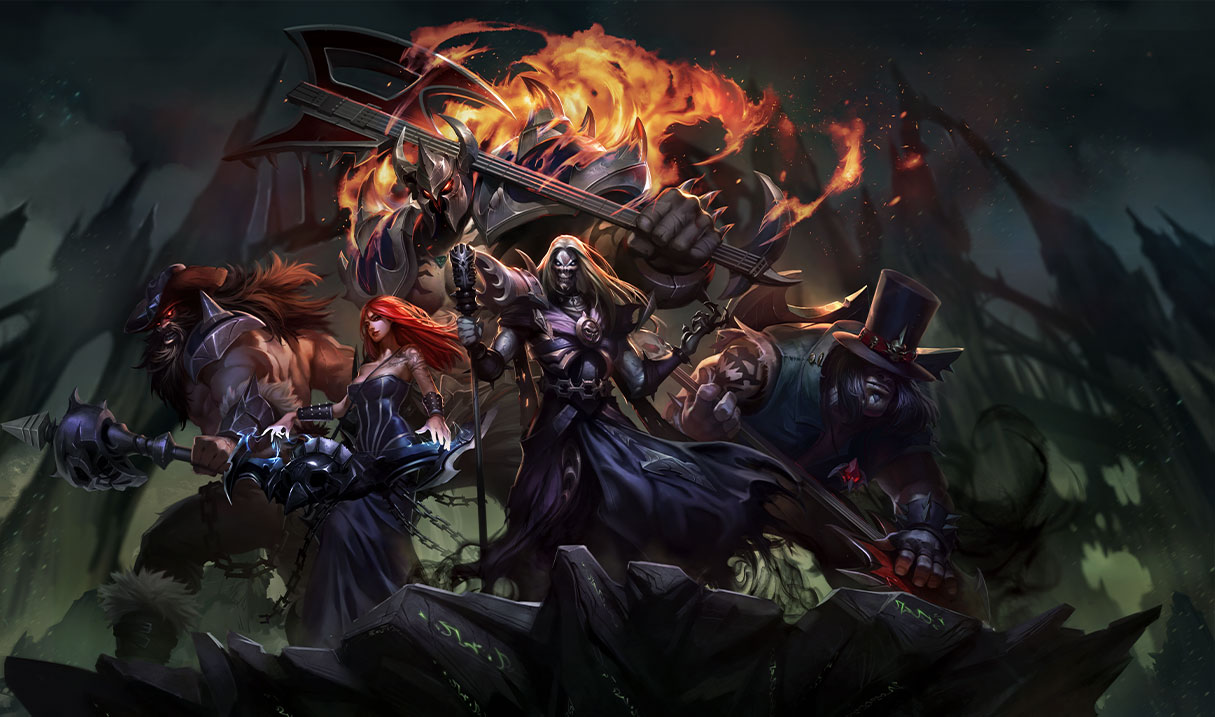 975
21.06.2011
Yorick was resurrected with the undying soul of heavy metal inside him for the singular purpose of joining PENTAKILL and melting faces with his bass guitar. He can also summon an army of roadie ghouls, a handy trick for any seasoned stage performer. 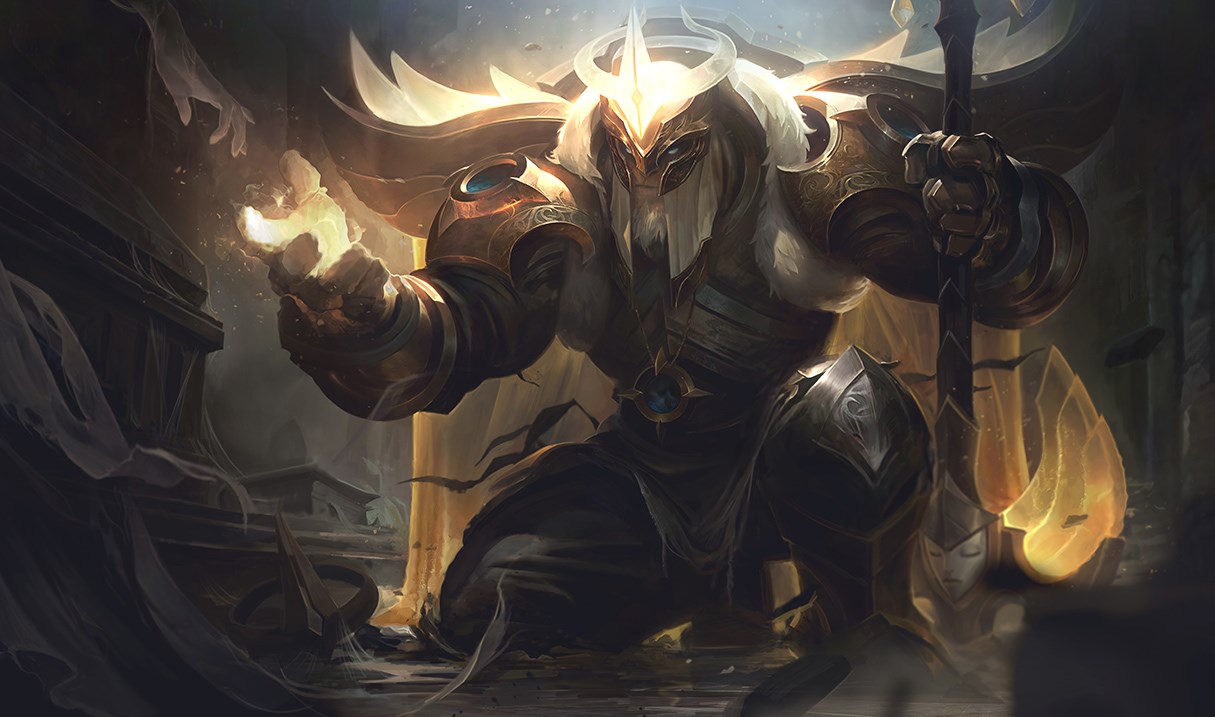 1350
02.10.2017
The once-great king Yorick, given the gifts of power and immortality in an age long past, left his mighty kingdom to enforce the will of the divine. Hundreds of years later he returned, his lands naught but dust and ruins, and in his sorrow was consumed by madness. 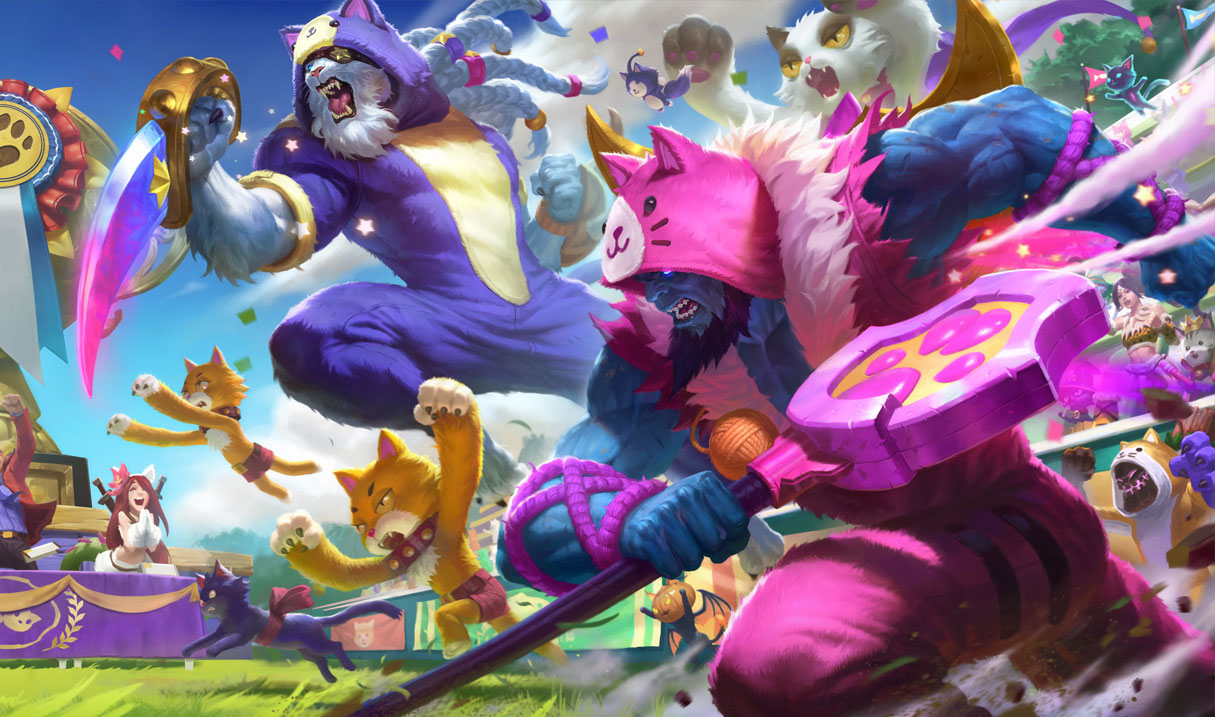 1350
27.03.2019
A cat fancier hailing from the Forsaken Aisles of a Pets Supreme Superstore, Yorick does not have any unresolved issues involving or related to cats. Yorick is a perfectly normal gentleman dressed as a cat, surrounded by cats, who can call upon the esoteric powers of a giant, floating cat. You know, normal gentleman stuff. 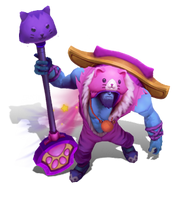 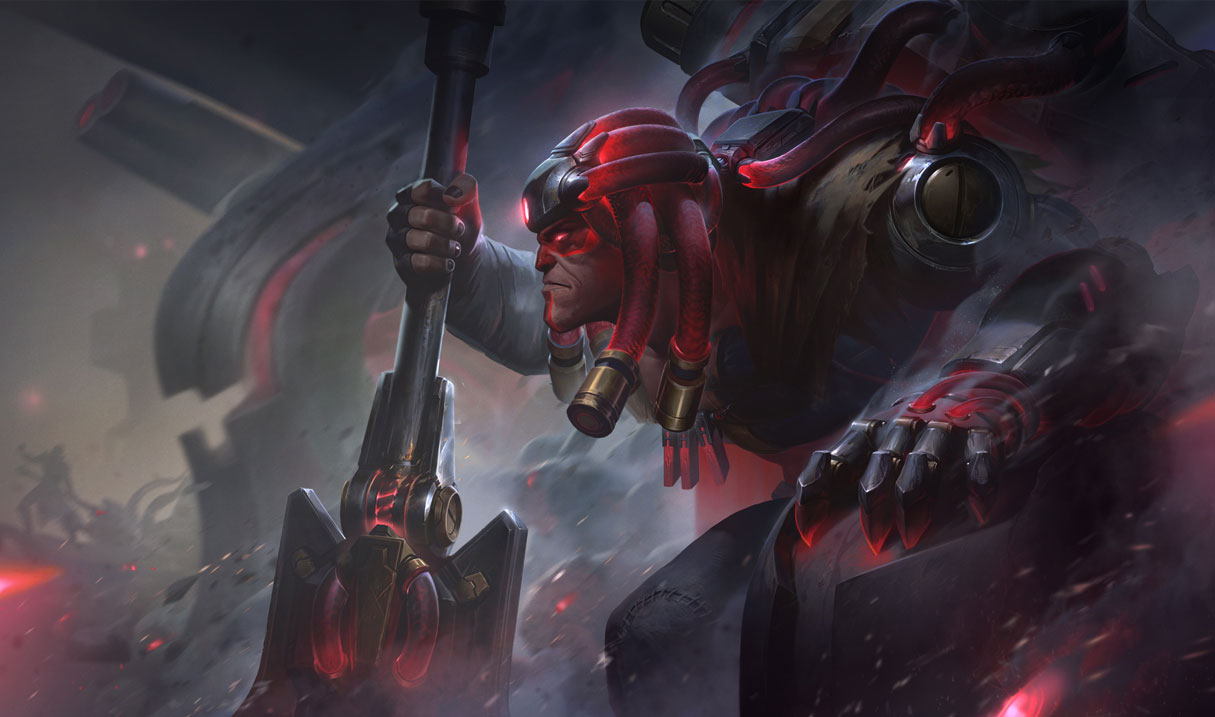 1350
12.11.2020
With the rise of the Battlecast armies, Yorick found to his horror that the living minds Viktor fused to his machines bound the souls of his victims to their machine bodies. Harnessing his ability to command the dead, Yorick now raises destroyed and defeated Battlecast husks in an attempt to free all these souls from their machine prisons. 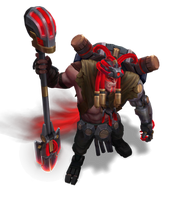 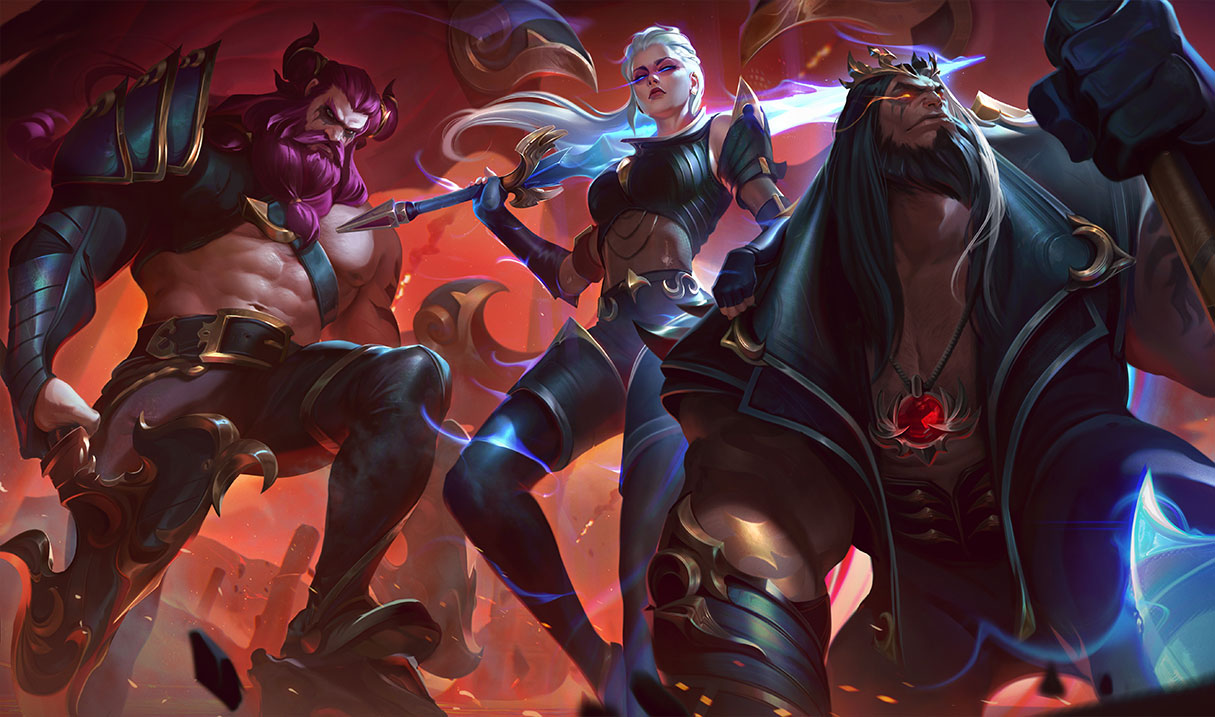 1350
09.09.2021
All hail, Yorick, the Four-String Fanatic! He bestrides the realms of the living and the dead, and knows the fate that comes to all mortal things. It pays to beware the honorable man... 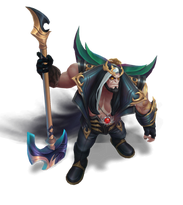