Yordle Camp (or Acampamento Yordle) was an event on the Brazilian server that promotes positive player behavior. It debut on September 17-19, 2017[1], and recurred on April 12-21, 2018.[2] The event however saw multiple issues during it's duration.

The server player-base is split into team Crystal or Gear, players are titled as such while ingame. Each team has a health-bar they must keep from reaching 0 until a daily timer runs out.

If a team survives the timer, those players are rewarded except for:

Rewards are sent at 8:00AM the following day.

Players are rewarded a

Camp Capsule that may contain one of the following:

The aim of Yordle Camp was to lower toxic and unsportsmanlike behaviour by having people calm down their teammates so they won't get reported. Another point displayed in the 2017 video was that both teams could win and it wasn't a contest to lower the other team's health. However this led to players reporting anyone they saw on the other team for any reason possible that results with them getting a punishment. Brazilian livestreamers told their audiences to mass report anyone they saw, this led to Team Crystal's health being entirely depleted by the first day.

2018 saw multiple fixes be made such as the addition of a timer. 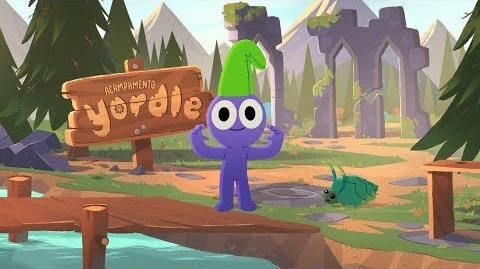