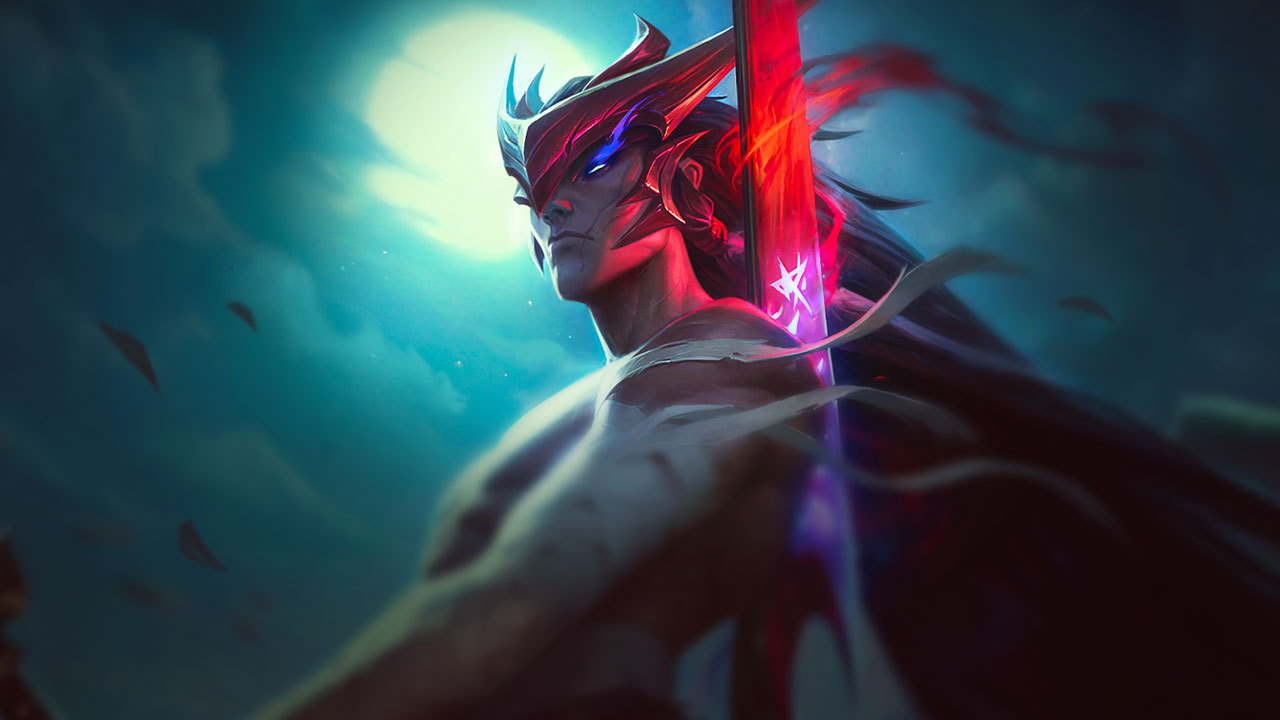 Yone is a champion in League of Legends.[1]

Way of the Hunter

Way of the Hunter

total critical strike chance is multiplied by 2.5 from all other sources, but his

on-attack effects at 100% effectiveness to the first enemy hit. Mortal Steel's damage can

If Mortal Steel hits an enemy with the thrust, Yone gains a Gathering Storm stack for 6 seconds, which refreshes upon receiving the second stack.

While Yone has two stacks of Gathering Storm, the effect of Mortal Steel changes: the stacks are consumed to cause Yone to

dash a fixed distance in the target direction and unleash a whirlwind that advances in the same direction. The dash and the whirlwind both deal the same amount of damage to all enemies hit in their path and

knock them up for 0.75 seconds, but they cannot affect the same target twice.

interrupted if Yone is affected by

disarming crowd control during the cast time but its

cooldown is reset to 0.1 seconds.

Active: Yone cleaves with his Azakana Sword in a cone in the target direction, dealing equal parts physical and magic damage to all enemies within the area. The total mixed damage has a minimum threshold of 40 − 410 (based on level) against

dashes a fixed distance in the target direction, discarding his body and entering Spirit Form for 5 seconds. Yone's body is

untargetable and is sent the same distance behind the cast location, though not through terrain, and is taken back by him when Soul Unbound ends.

bonus movement speed and marks champions damaged with basic attacks or abilities. Each mark stores a percentage of the post-mitigation damage that Yone deals to each of them with his basic attacks and abilities.

Way of the Hunter's current sword state. Soul Unbound can be recast after 0.5 seconds, and automatically does so after the duration.

Recast: Yone remains in cast time for 0.25 seconds then

dashes back to his body, ending Spirit Form and detonating the marks on each champion to deal true damage equal to the amount stored against each of them. Yone is

displacement immune from the point of reactivation until the dash is completed and, at the end of the cast time, he will

cleanse himself from all

The automatic recast is delayed if Yone is winding up a basic attack or is unable to recast Soul Unbound under any circumstances, which includes if he cannot move or cast abilities. Soul Unbound will also immediately recast upon

Active: Yone prepares a strike over the cast time, then marks all enemies within a line in the target direction,

stunning them for 1 second, as well as

blinks to maximum range instead.

After 0.3 seconds, wind then rushes along the same line, dealing equal parts physical and magic damage to marked enemies that are within the area and

pulling them towards the location Yone blinked to and subsequently

knocking them up for 0.75 seconds when the displacement ends.

stun ends prematurely upon the knock up. 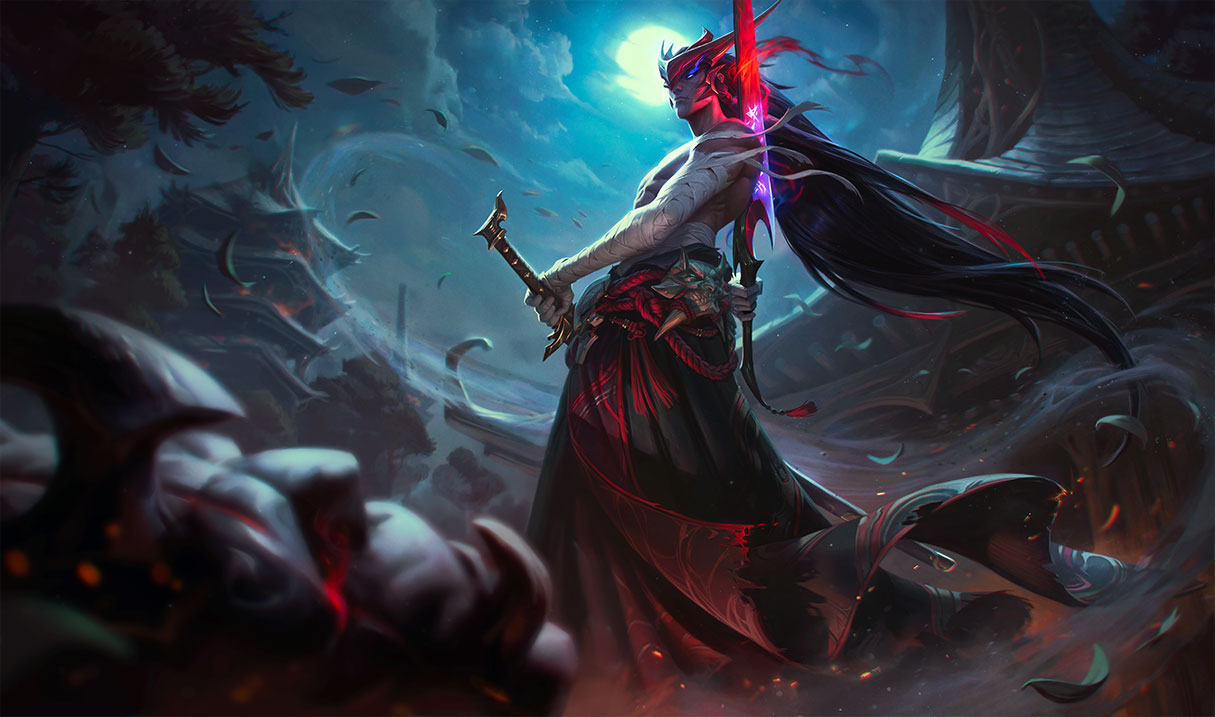 975
06.08.2020
In life, he was Yone—half-brother of Yasuo, and renowned student of his village's sword school. But upon his death at the hands of his brother, he found himself hunted by a malevolent entity of the spirit realm, and was forced to slay it with its own sword. Now, cursed to wear its demonic mask upon his face, Yone tirelessly hunts all such creatures in order to understand what he has become. 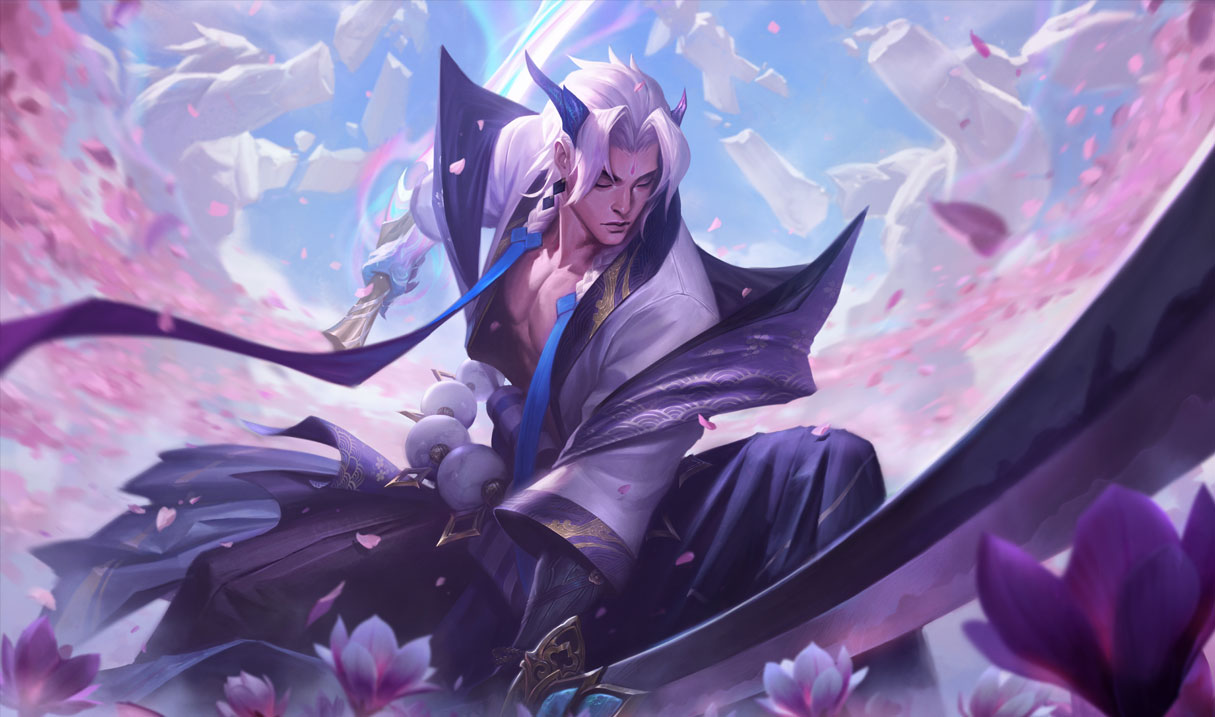 1350
06.08.2020
Long ago, two brothers fought a bitter war across Ionia. Yone, the older brother, was a warlord renowned for his adherence to honor and duty. He fought to defend the country against those who would break its rites and rituals - until he was forced to confront his own brother for his crimes. Both were fated to fall in their final duel… a lesson, perhaps, in pride and hubris. 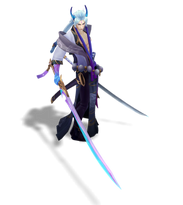 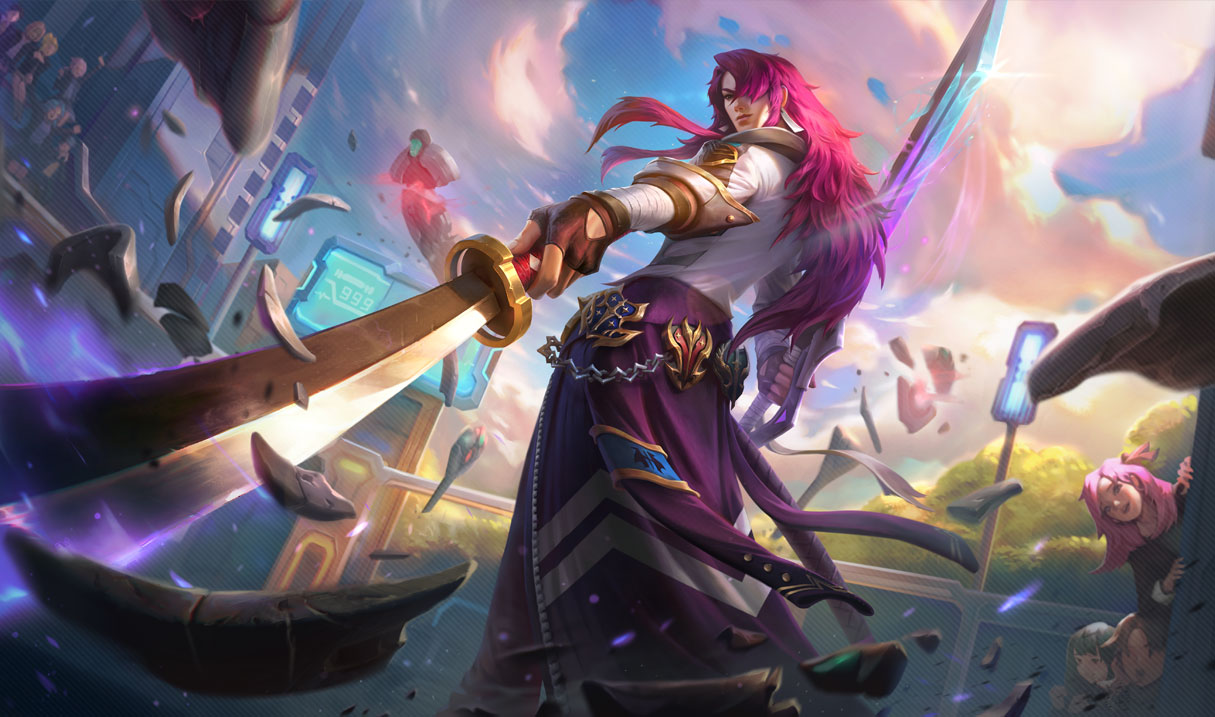 1350
18.03.2021
Yone is a brooding, quiet member of the Assassin Club, one whose morose and serious attitude belies the colossal chip on his shoulder. The bad blood between him and his brother is well known, and even speaking about it casually has been known to invoke Yone's fury—something Caitlyn has picked up on for her own purposes. 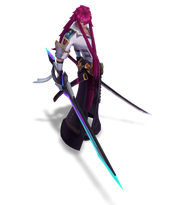 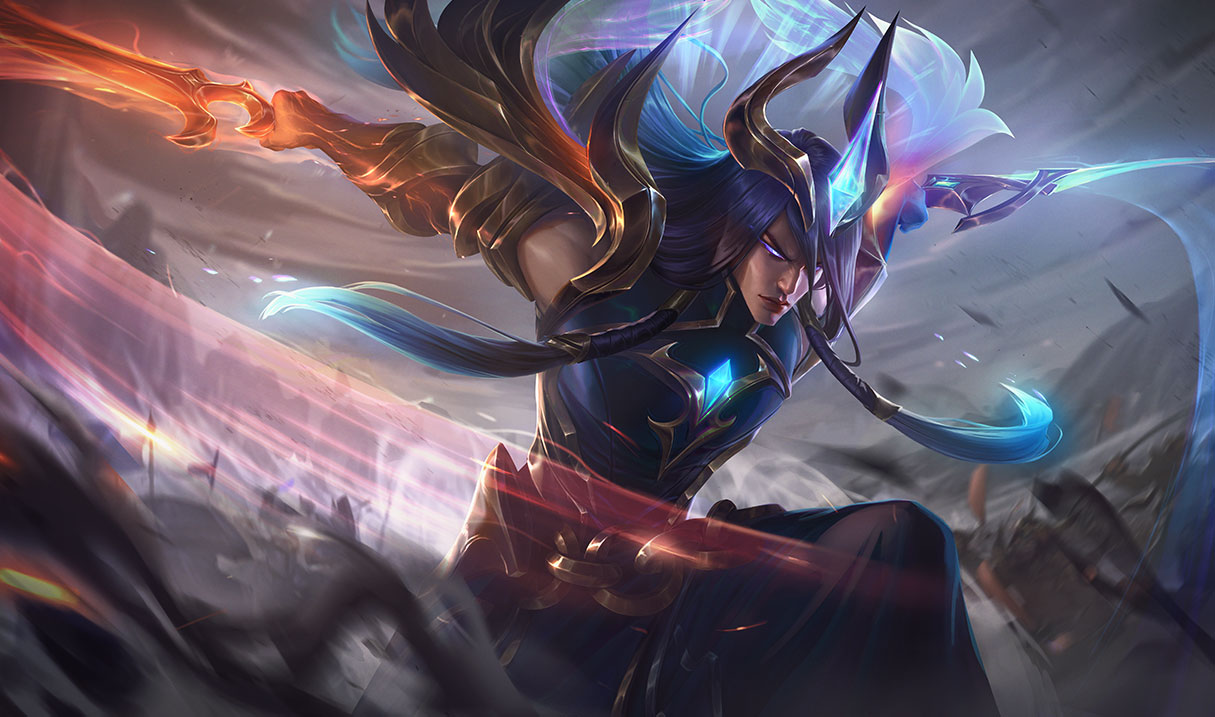 1820
23.09.2021
Prophecy dictates that the gods will destroy each other, ushering in the end of creation itself— but Yone is determined to defy fate. A half-mortal, half-god born of the clash between chaos and order, Yone wields the power of both night and dawn. He must rally his brethren, bring peace to the gods… or they will all perish. 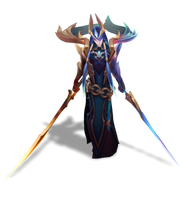 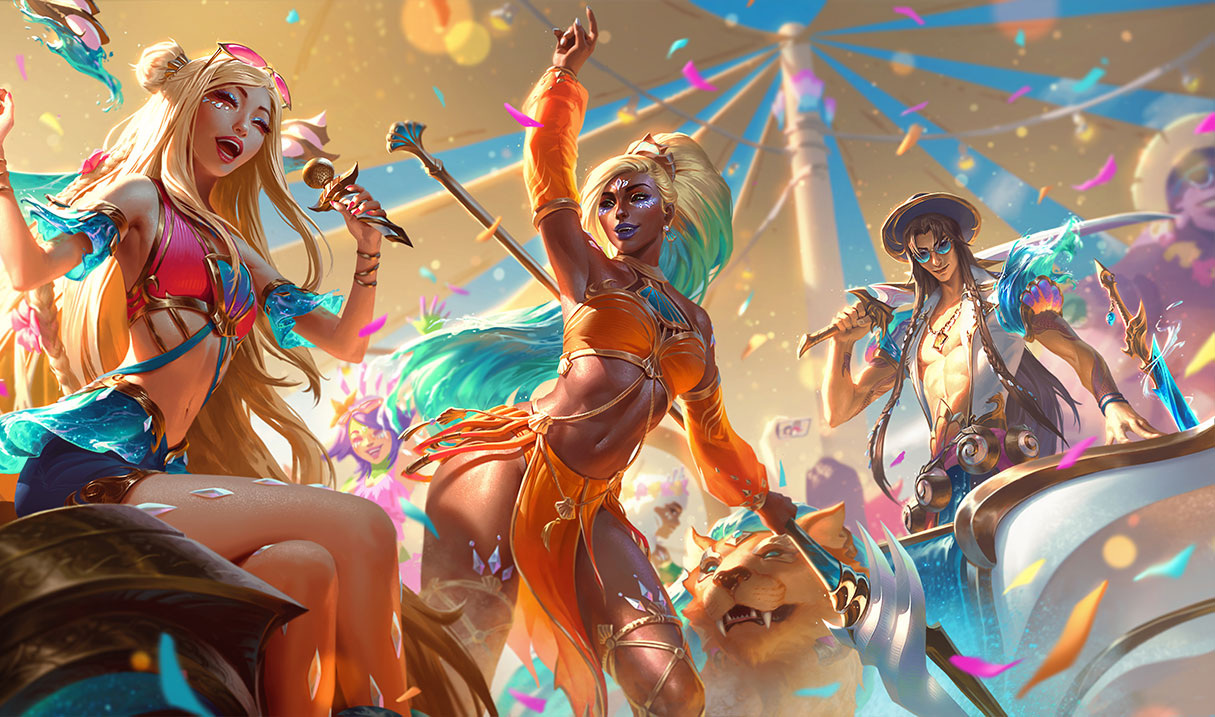 1350
09.06.2022
Yone is nervous. As a DJ he's calm, focused, and improvisational, but Ocean Song is his first concert as a DJ and lyricist. After finding his secret stash of lyrics, his friend Nidalee volunteered to belt them out herself when he refused. He may not be ready to sing, but they'll still hear his voice. 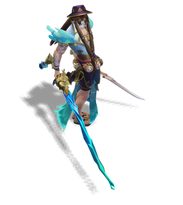