< Yasuo
View source
watch 02:46
The Quarry - The Loop
Do you like this video?
Play Sound 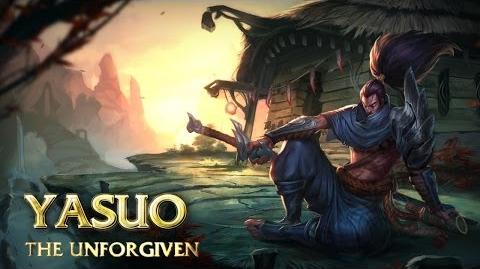 A marked man with nothing to lose and only his honor to reclaim,

Yasuo's tempestuous path has finally found the Fields of Justice. Bear witness to his unrelenting power and learn more about the Unforgiven in the Yasuo Champion Spotlight.

Yasuo's mastery of both wind and blade is unrivaled. A lethal and disruptive powerhouse against even the hardiest of enemies, Yasuo relies on

resilience and his unique

Sweeping Blade to dash through the enemy line until he's face to face with vulnerable enemies. A final

Steel Tempest launches the Unforgiven's foes to the skies, enabling Yasuo to head skywards himself and unleash his airborne