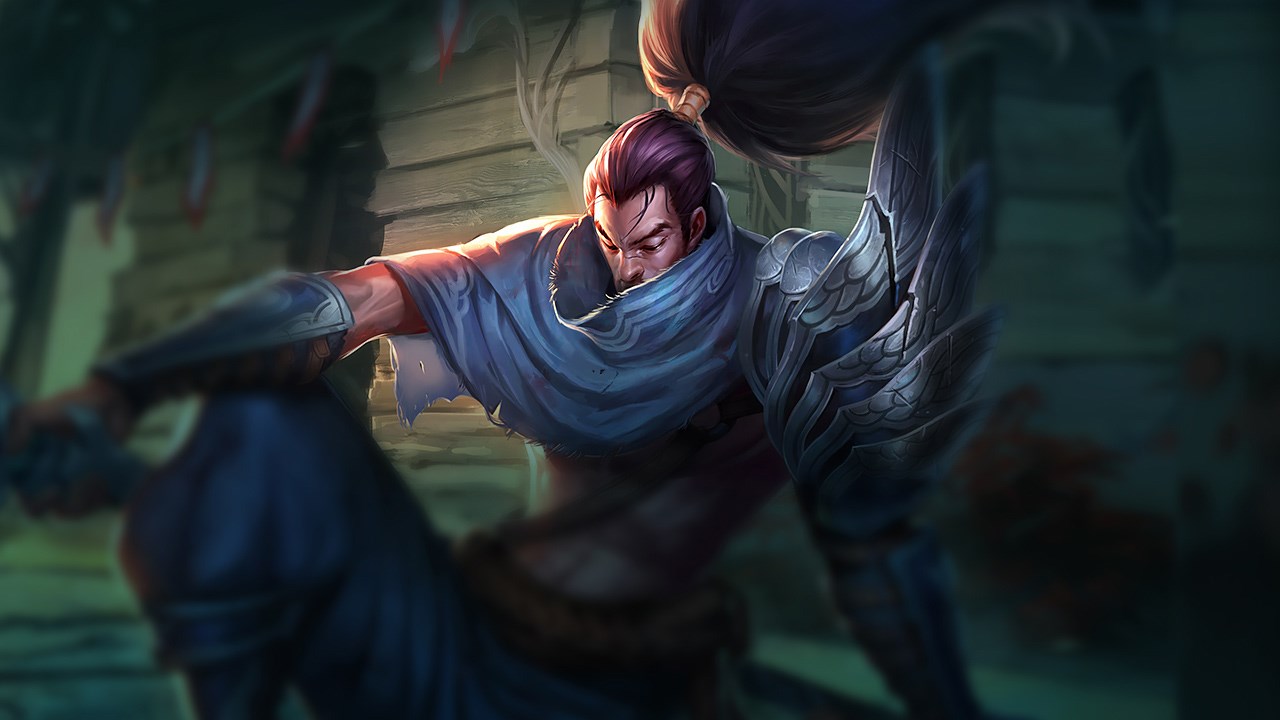 Yasuo is a champion in League of Legends.[1]

Way of the Wanderer

Way of the Wanderer

total critical strike chance is multiplied by 2.5 from all other sources, but his

Active: Yasuo thrusts his sword in a line in the target direction that deals physical damage to enemies hit and applies

on-attack effects at 100% effectiveness to the first enemy hit. Steel Tempest's damage can

If this hits at least one enemy, Yasuo generates a stack of Gathering Storm for 6 seconds, which refreshes on subsequent hits. At 2 stacks, the next Steel Tempest consumes them all to become empowered with a new effect.

Gathering Storm Bonus: Yasuo unleashes a whirlwind in the target direction that deals the same damage to enemies hit and

knocks them up for 0.75 seconds, or 0.9 seconds in combination with

interrupted if Yasuo is affected by

disarming crowd control during the cast time, but its cooldown is

Sweeping Blade will instead affect enemies around Yasuo at the end of the dash, or doing so immediately at his landing location after

blinking while ending the dash prematurely.

Active: Yasuo raises a wall of wind that travels in the target direction over 0.25 seconds. It then drifts another 50 units over 3.75 seconds, blocking all hostile non-

projectiles that hit it and granting

sight of its surroundings.

dashes a fixed distance in the direction of the target enemy, and upon colliding with them, he deals them magic damage, becomes

ghosted for 2 seconds, and generates a stack of Ride the Wind for 5 seconds, which refreshes on subsequent hits and stacks up to 2 times.

Ride the Wind: For each stack, Sweeping Blade's base damage is increased by 25%, up to a 50% increase.

Sweeping Blade can be cast on the same target only once every few seconds.

Last Breath can be cast during the dash. If

Steel Tempest has been buffered,

Wind Wall may also be cast during it. (bug)

blinks to the other side of a

knocks up all nearby

revealing them and slashing them with his sword over the duration, dealing physical damage thereafter. Surrounding enemy champions that become

airborne during this time will also be affected by Last Breath through the remaining duration.

For the next 15 seconds, Yasuo's

airborne enemy champion is required to cast this ability. If Yasuo would blink inside the

attack range of an enemy

Nexus Obelisk), Last Breath will instead attempt to position him outside of it. 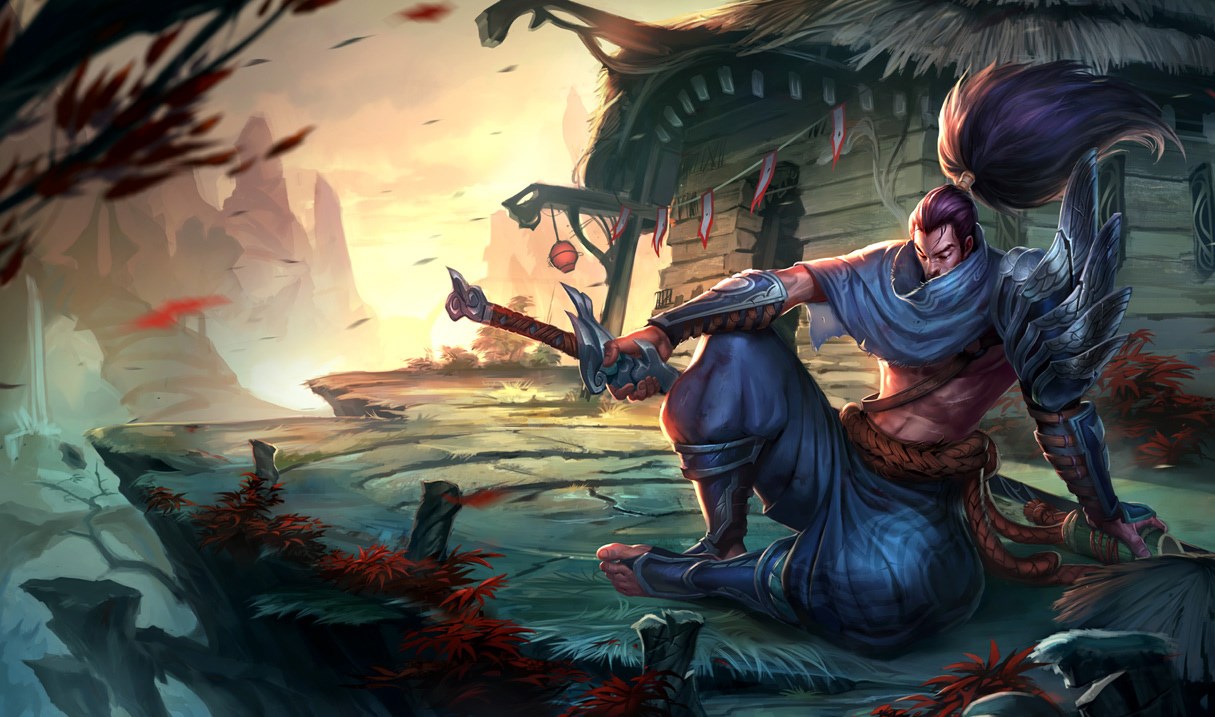 975
13.12.2013
An Ionian of deep resolve, Yasuo is an agile swordsman who wields the air itself against his enemies. As a proud young man, he was falsely accused of murdering his master—unable to prove his innocence, he was forced to slay his own brother in self defense. Even after his master’s true killer was revealed, Yasuo still could not forgive himself for all he had done, and now wanders his homeland with only the wind to guide his blade. 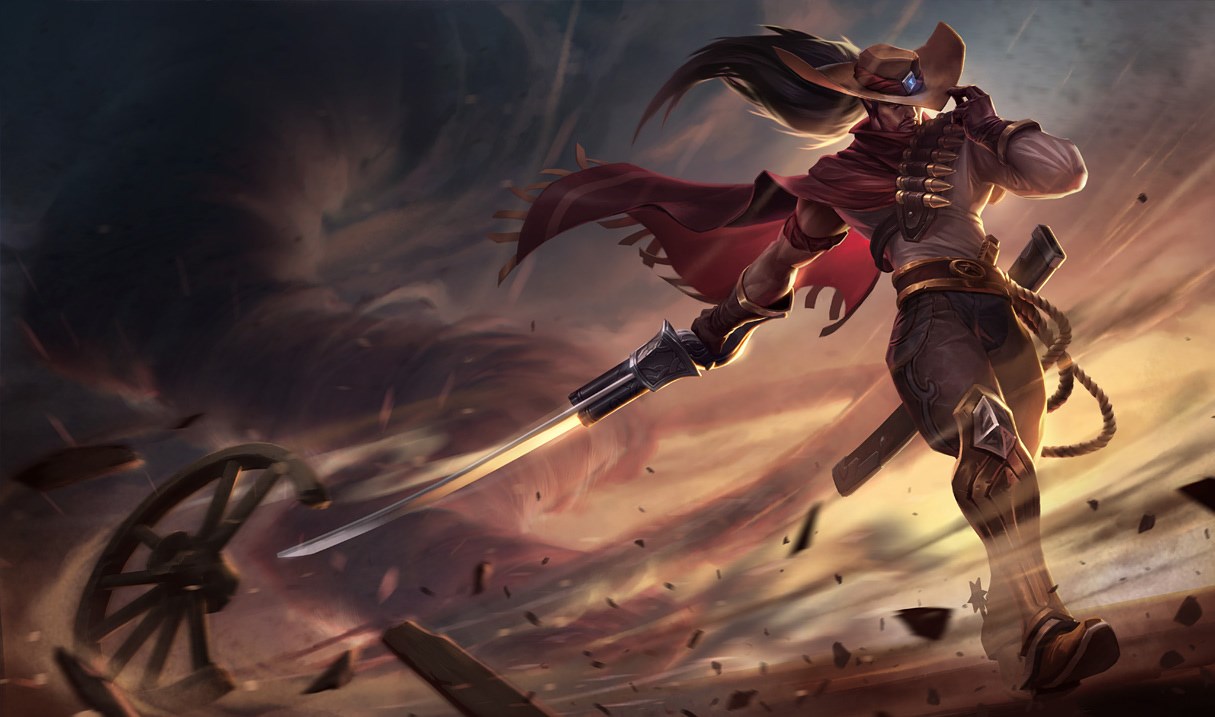 975
13.12.2013
The mysterious and reluctant sheriff of a two-street town, Yasuo is in self-imposed exile after being accused of murder in the eastern territories. Even so, he has driven off entire bandit gangs as well as many of the desert's deadliest threats, saving hundreds of lives along the way. 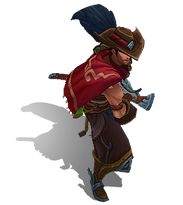 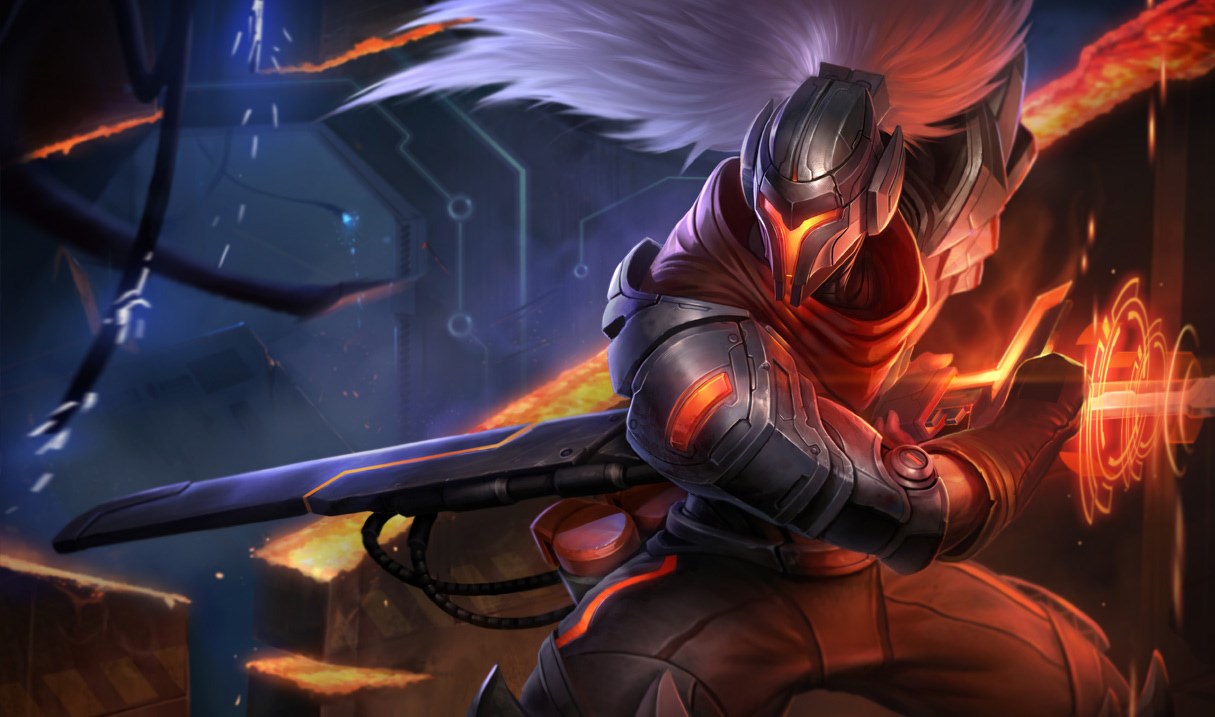 1350
31.08.2014
Yasuo returned from advanced combat only to be accused of a crime he did not commit. Knowing that PROJECT's corporate leadership was somehow involved, Yasuo fights with the G/NETIC rebels, cutting away the lies of technology with his plasma coated blade. 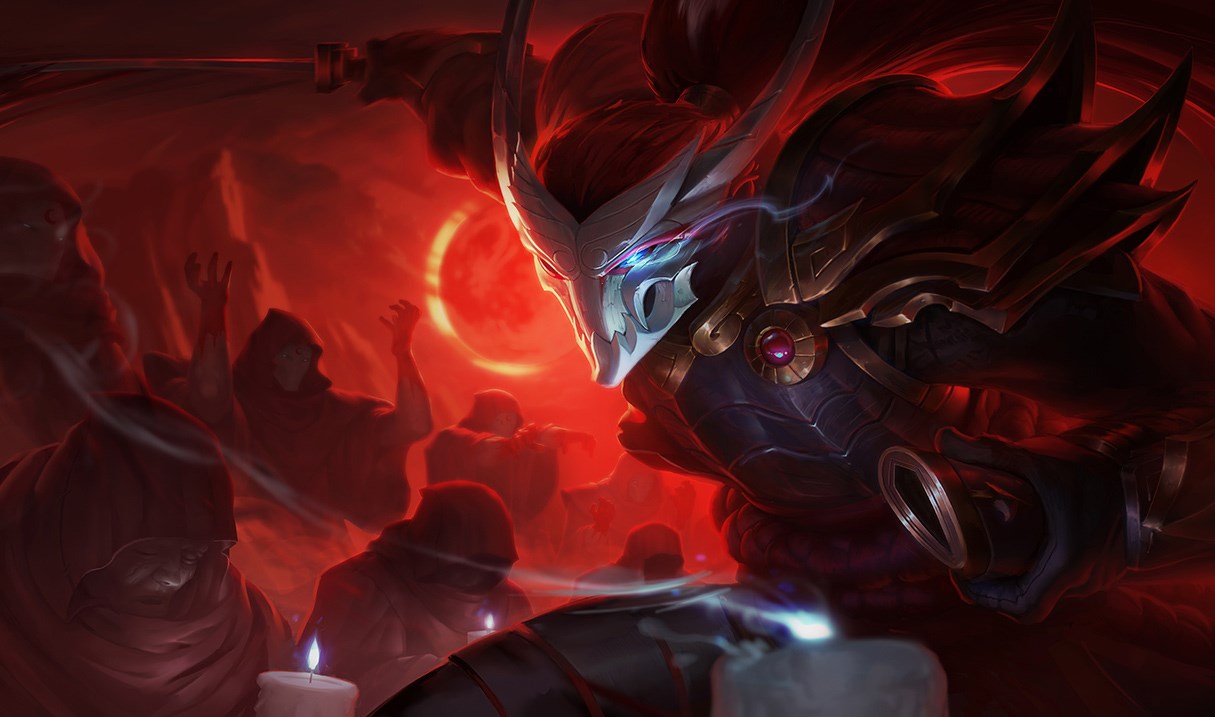 975
25.02.2016
Ceremonial executioner of the Blood Moon cult, Yasuo's blade is inhabited by an insidious, bloodthirsty demon whose hunger for death can never be satisfied. This suits Yasuo well, for he is possessed of an inner darkness even deeper than the creature whispering at his side. 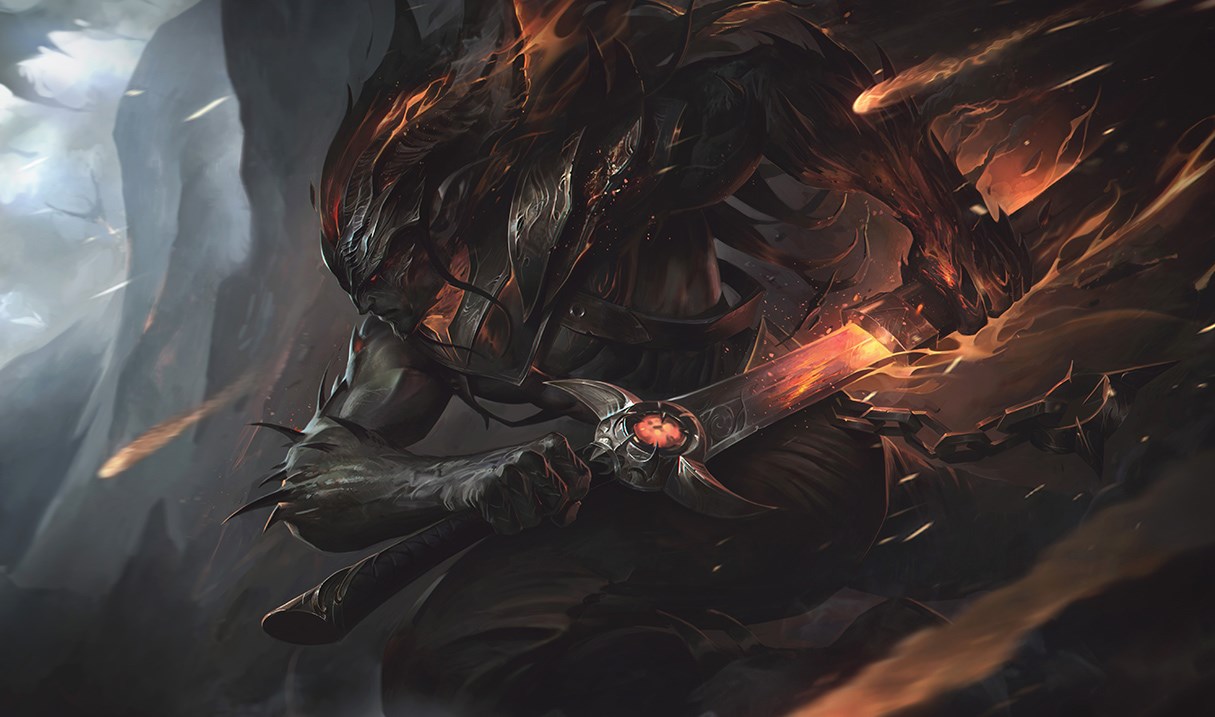 1820
14.06.2017
Born from festering echoes at the dawn of creation, Yasuo is the hellish embodiment of chaos in the cosmos. Fated to clash against the Dawnbringer for all time, he awaits a day when his darkness will finally cleave away her light. 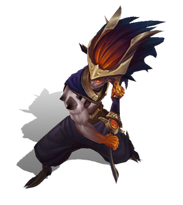 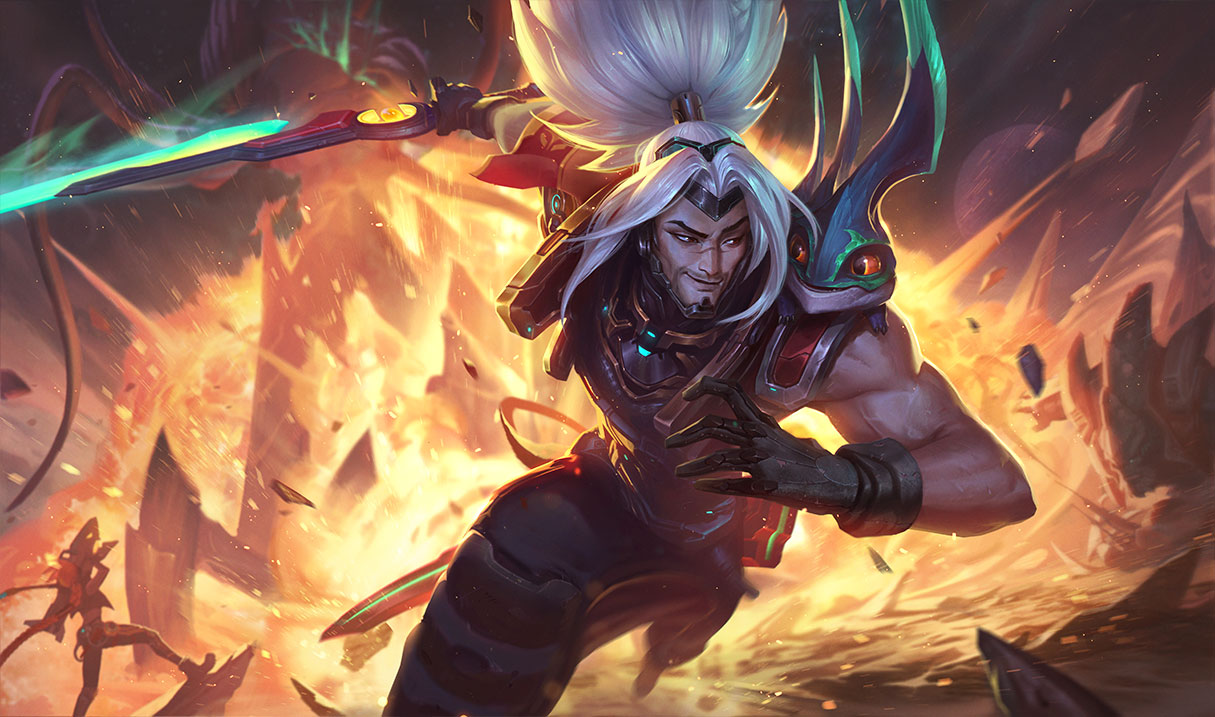 1350
12.09.2018
Yasuo never wanted to be a space pirate… until he was framed for his brother's murder, and had to flee his life of relative luxury. Now on the run from a dozen different military and paramilitary factions, he's putting together an eccentric crew to make a new life among the stars. 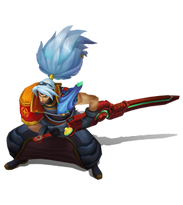 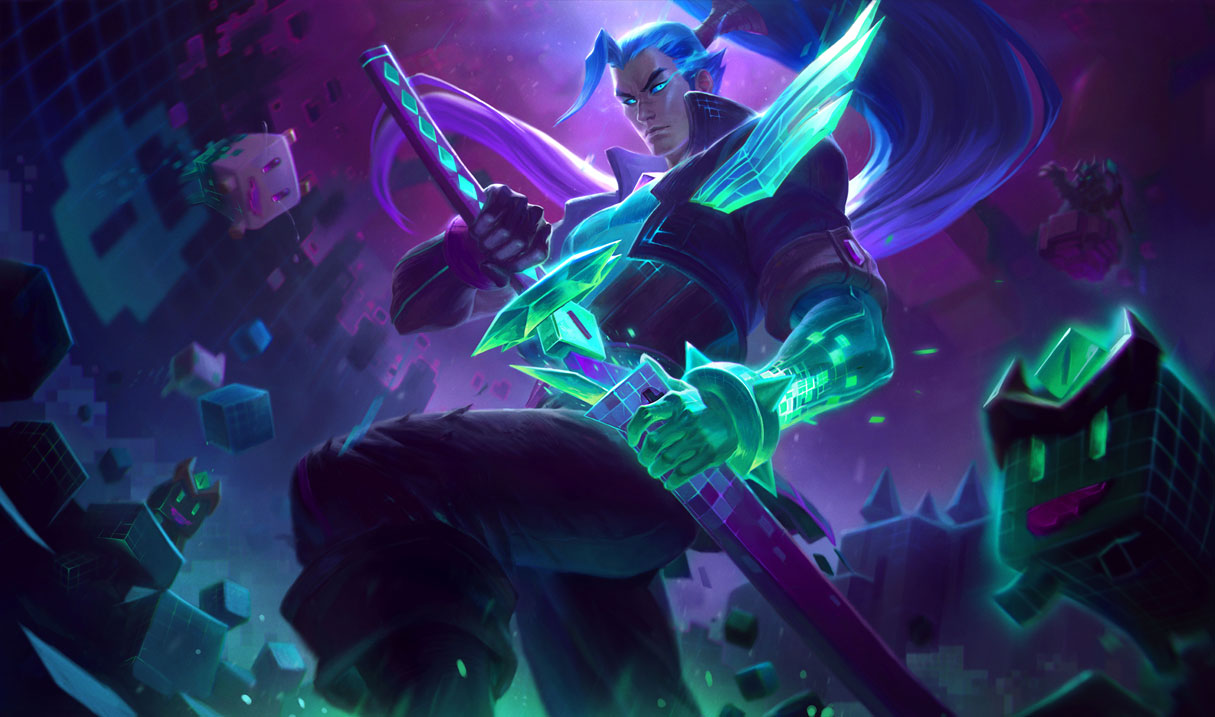 1350
28.06.2019
One-time protagonist of the 1979 cult classic “Hasagi,” Yasuo was infected with Veigar's malignant code after the Battle Boss takeover of Arcadia. He maintains his impossibly complex gameplay patterns and high-damage attacks, but now fights for the forces of evil. 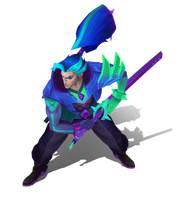 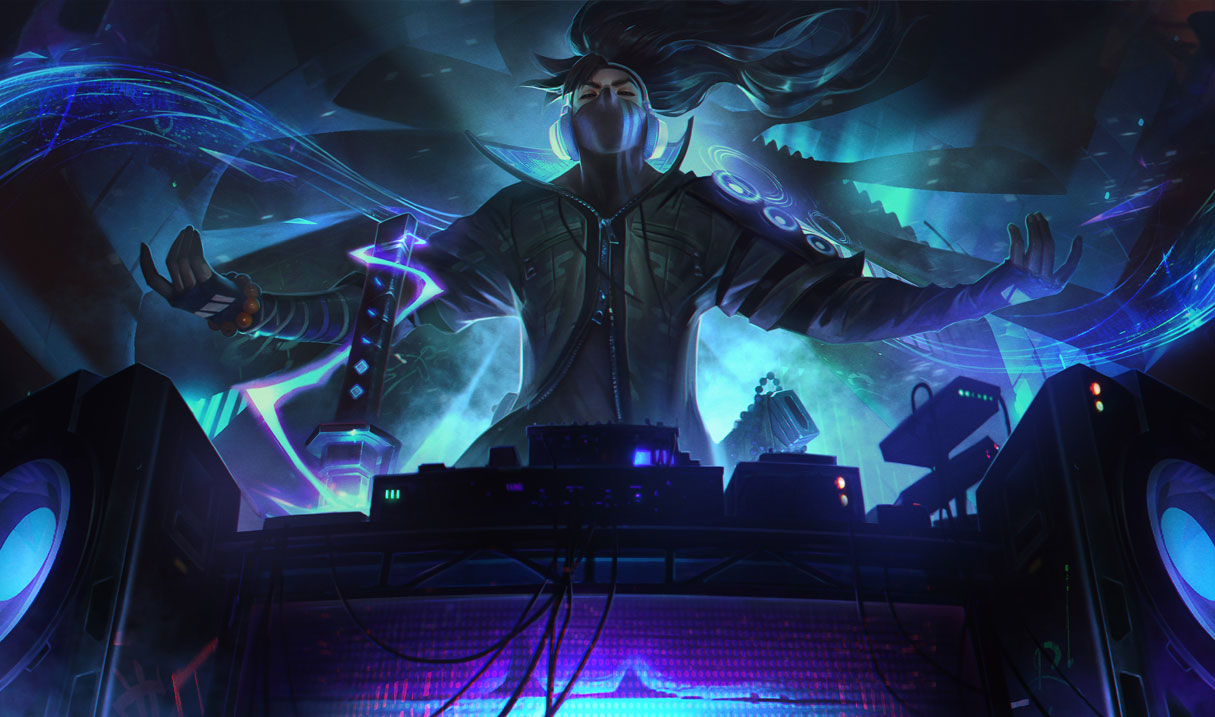 1350
10.11.2019
As enigmatic as he is skilled, Yasuo is the veteran producer all others turn to for inspiration. His beats transcend genre, painting whole universes with wild textures of sound. Notoriously selective about his collaborations, Yasuo sees True Damage as his platform to revolutionize how society experiences music. 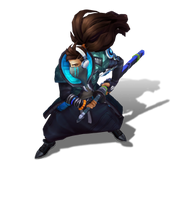 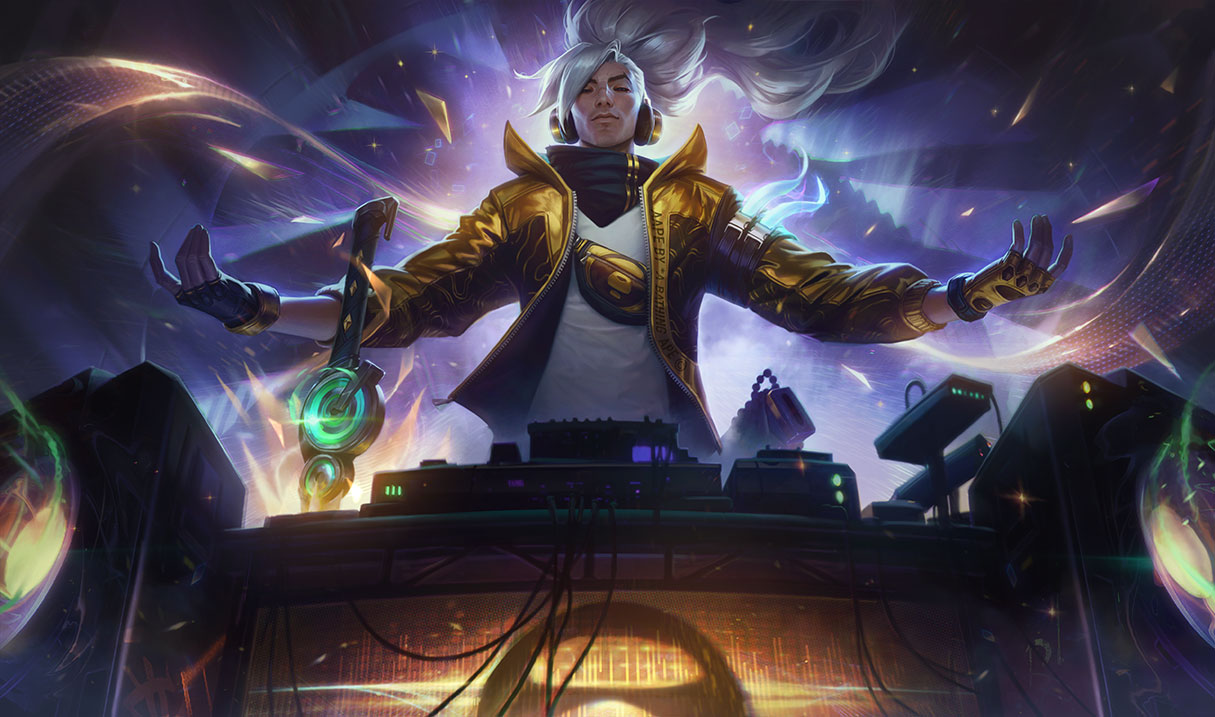 Prestige True Damage
View in 3D
Special
25.09.2020
After the global success of “GIANTS,” reclusive producer-extraordinaire Yasuo was inundated with requests. From record deals to clothing sponsorships, he turned down one after another, preferring to stay out of the limelight to focus on the simple joys of making beats. However, A Bathing Ape somehow managed to secure his attention. Now, donning golden threads to match his musical brilliance, Yasuo holds the world's ears at attention—with fans and critics alike waiting to hear his next revolutionary track. 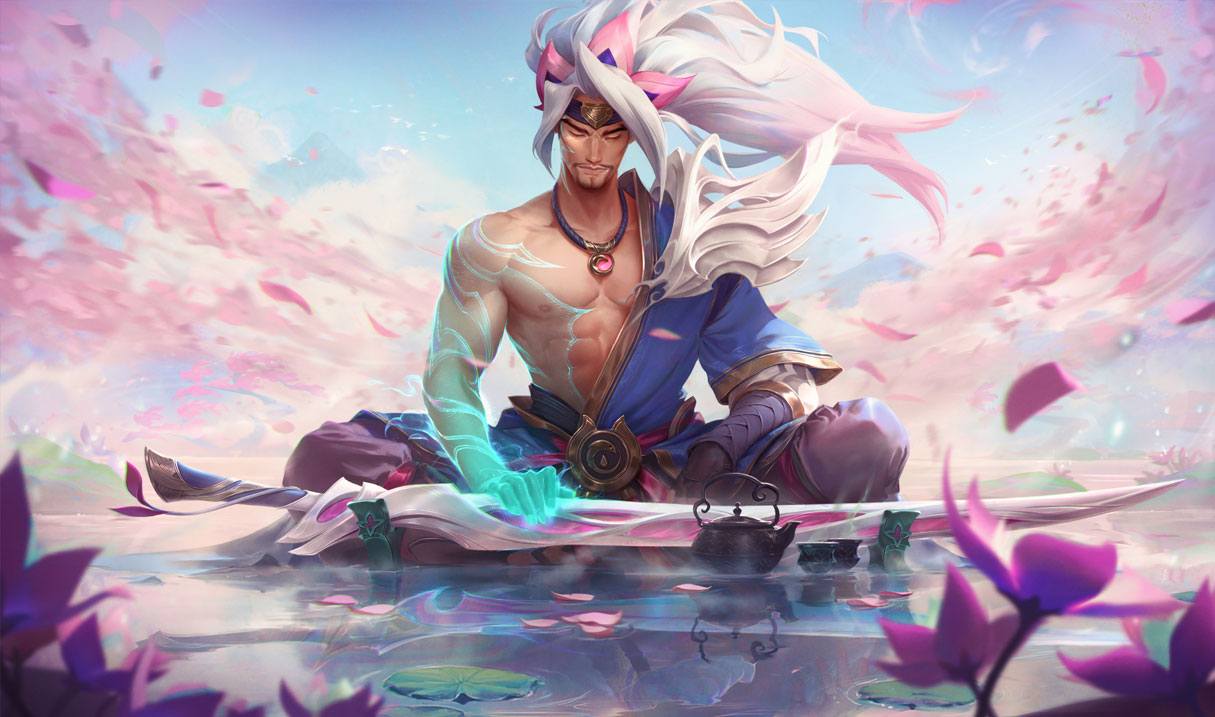 1350
22.07.2020
Long ago, two brothers fought a bitter war across Ionia. Yasuo, the younger brother, was a warlord renowned for his roguish demeanor—until he was accused of crimes against the country and took up arms to defend himself. Both were fated to fall in their final duel… a lesson, perhaps, in pride and hubris. 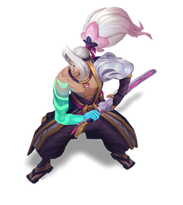 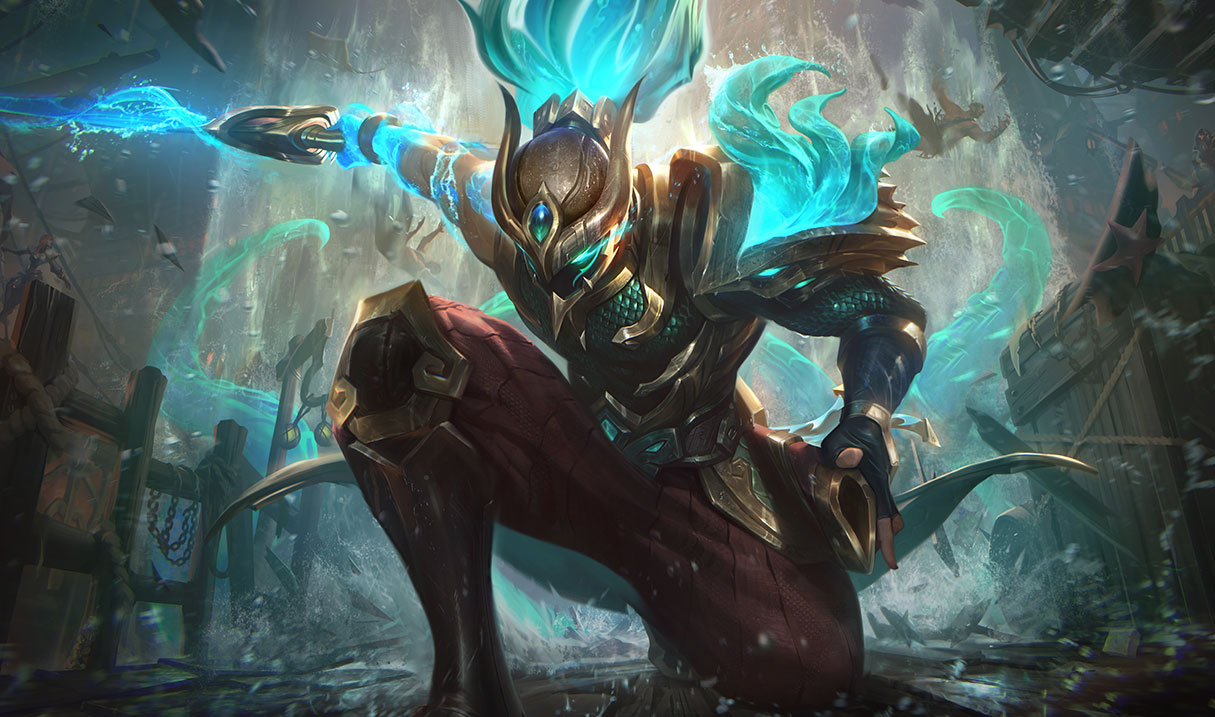 1350
05.05.2022
Empowered by the Buhru during his fight against Viego of Camavor, Yasuo made an unlikely champion for the children of Nagakabouros—his obsession with past events flew in the face of everything they believed in. Yet even the mangiest sea dog has his day, and Yasuo stood against the forces of darkness, emerging triumphant. 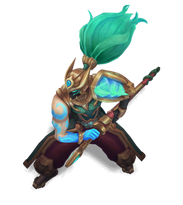 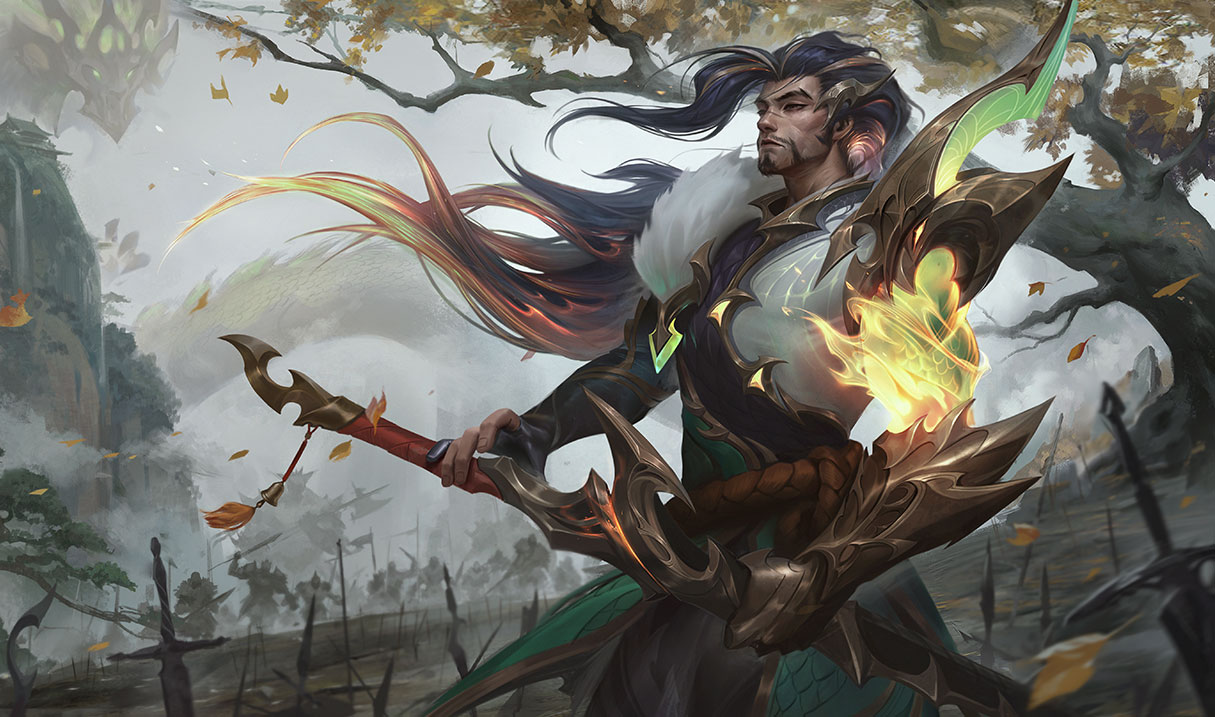 1820
21.10.2021
Alone against an army, Yasuo chose to stand and fight. He blocked a narrow pass between two mountains, allowing innocents to escape the bloodshed. Wielding the truth of steel as a dance, he felled countless foes—but even he could not hold out forever. The Dragon of Truth, moved by his swordsmanship, came down from its peak to bless him... 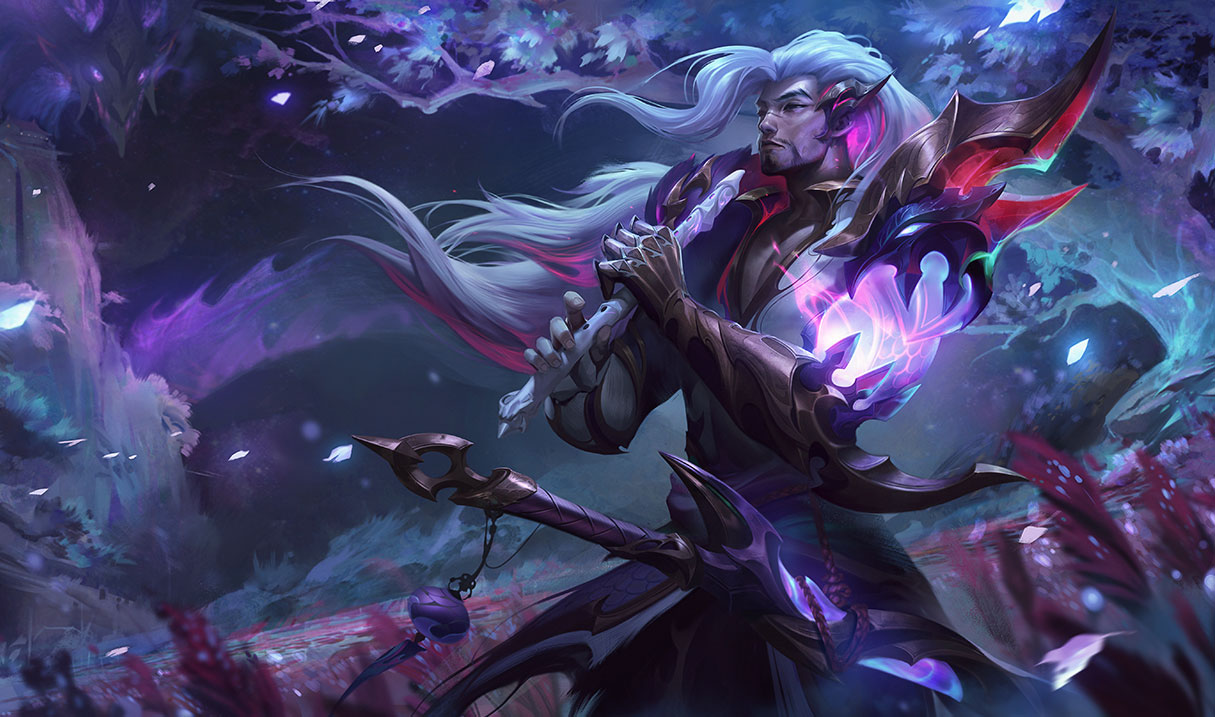 1820
21.10.2021
The song of steel grew silent, and Yasuo was the last living soul on the battlefield—though he imagined he could hear the thankful murmurs of the villagers he'd protected. Wounded and dying, Yasuo produced his flute to play a last haunting elegy. The Dragon of Dreams descended from its mountaintop, moved by Yasuo's song, and offered him its power...