Xerath's image and release date were leaked from the November 2011 issue of PC Gamer.

"This caster champ, a being of pure energy, perfectly captures the feeling of uncontrollable power. He charges up energy with each spellcast, temporarily increasing the damage and cost of subsequent spells. Playing him will be a tricky balancing act between knowing when to open the floodgates and pour out your damage, and when you're better off taking the slow-and-steady route." 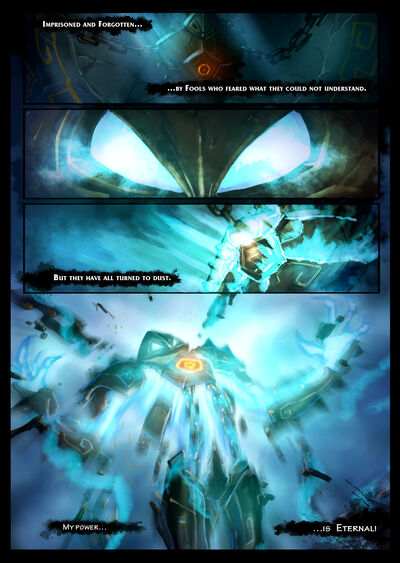 At Riot Games a big part of our corporate culture is breaking down barriers through innovation. And, while we're on the subject, this seems like as good a time as any to introduce our latest champion. Meet Xerath, the Magus Ascendant. Previously one of the most powerful mages in Valoran, Xerath's learned the hard way just what sort of trouble accepting constraints – in this case a gigantic, enchanted sarcophagus – can get you into.

Of course, even a chained Magus Ascendant is somebody you want to avoid underestimating.

Xerath, the Magus Ascendant, is our newest mage-type character in League of Legends. His playstyle offers a new way to perform the mage-carry role; long range barrages and sieging.

The cornerstone of this is in his ability Locus of Power. This makes Xerath immobile, but gives his spells massively increased range and defense penetration. This really allows him to set up and barrage an area before becoming mobile again to perform a more standard mage role.

Using this range gameplay, Xerath has wide-area spells he can use to really saturate an area with major damage. Arcanopulse, his bread-and-butter ability, shoots a short-delay beam at the area, zapping anyone hit for significant damage. Arcane Barrage, his ultimate, allows him to launch up to three massive explosions at a long range, both doing area denial and good team damage. To protect himself, Mage Chains is a reliable single-target spell that will allow Xerath to stun an enemy if he hits him with a subsequent spell.

Xerath is something we liken to a Howitzer or artillery piece. He should really appeal to people who enjoy very long ranges and like aiming skillshots and leading targets. We're excited to offer a new mage paradigm to League of Legends, and will be continuing to add new ways to play existing roles into the game. 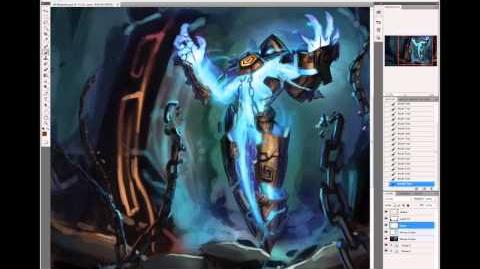 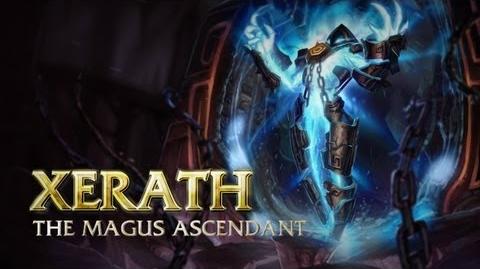 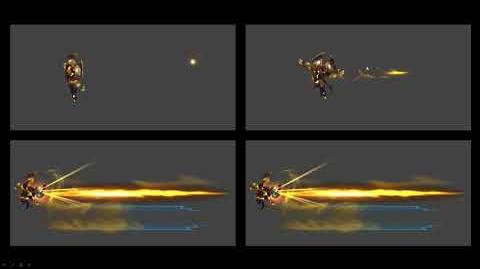 Retrieved from "https://leagueoflegends.fandom.com/wiki/Xerath/Development?oldid=2921030"
Community content is available under CC-BY-SA unless otherwise noted.