true sight. Until killed, it regenerates 1 health every 3 seconds after 5 seconds out of combat.

Limit 1 Vision Ward on the map per player.

Can only carry 2 Vision Wards in inventory.

Vision Ward was a consumable item in

League of Legends. It was exclusive to Summoner's Rift.

Vision Wards allow a team to see invisible champions and objects like: 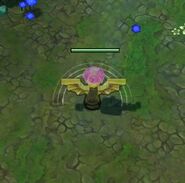 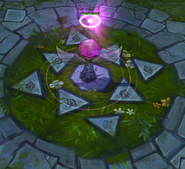