< Vex
View source
watch 02:56
Raise a Floppa - The Loop
Do you like this video?
Play Sound 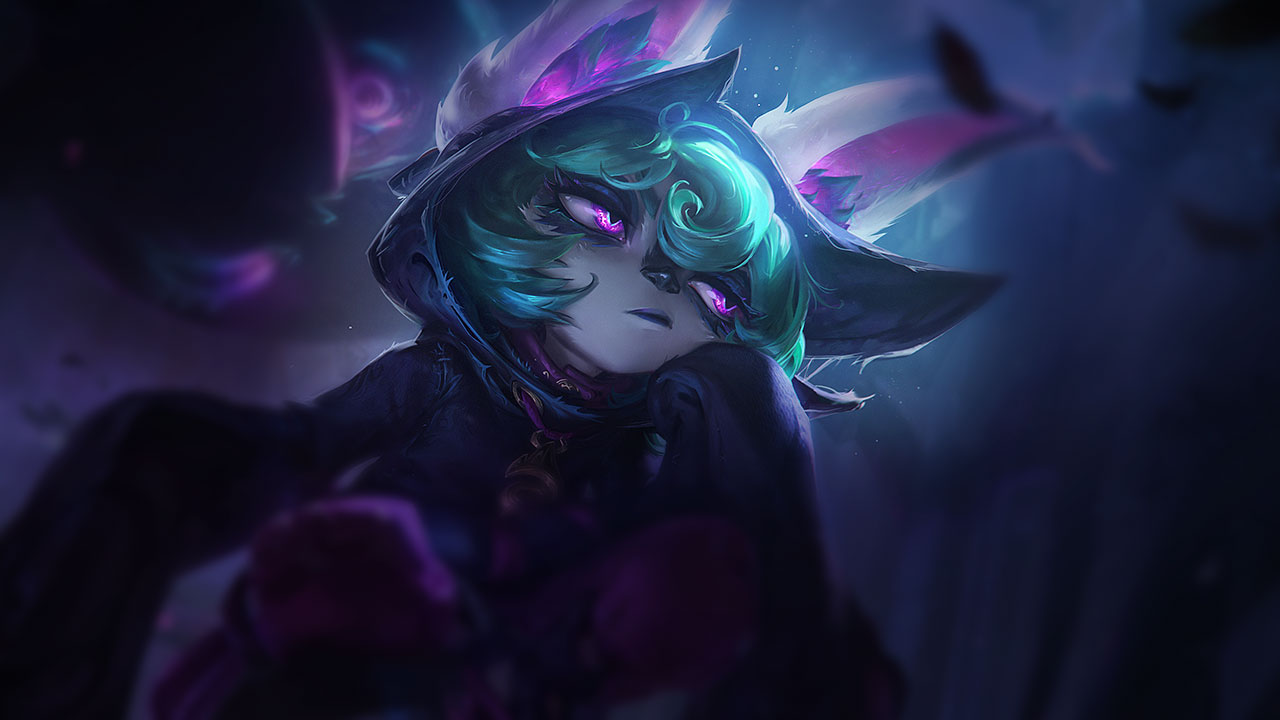 Vex is a champion in League of Legends.[1]

knock down affected enemies and cause them to

flee from its epicenter instead.
Doom's cooldown

blink, as well as those hit by

Looming Darkness, will be marked with Gloom for 6 seconds. Vex's next

refunds 25% of Doom's cooldown. Against

Active: Vex launches a wave of mist in the target direction that deals magic damage to enemies hit. After travelling 500 units, the wave accelerates but has reduced width.

Active: Vex emits a shockwave around her before the cast time, gaining a

shield for 2.5 seconds and dealing magic damage to surrounding enemies.

Active: Vex sends Shadow to the target location, creating a blast that deals magic damage and

slows enemies for 2 seconds. The blast radius increases based on cast distance.

Looming Darkness will cast at max range if cast beyond that.

sight of the area along its path for 0.4 seconds each and dealing magic damage to enemies hit.

Shadow stops upon colliding with an enemy champion, marking them for 4 seconds and

revealing them for the duration. Shadow Surge can be recast while the target is marked.

dashes towards the marked target with

displacement immunity. Upon arrival, the mark is consumed to deal magic damage.

If the marked target dies within 6 seconds of being hit by Shadow Surge, Vex can cast Shadow Surge again at no additional cost for the next 12 seconds after 0.5 seconds.

"Do the thing, Shadow."
Info 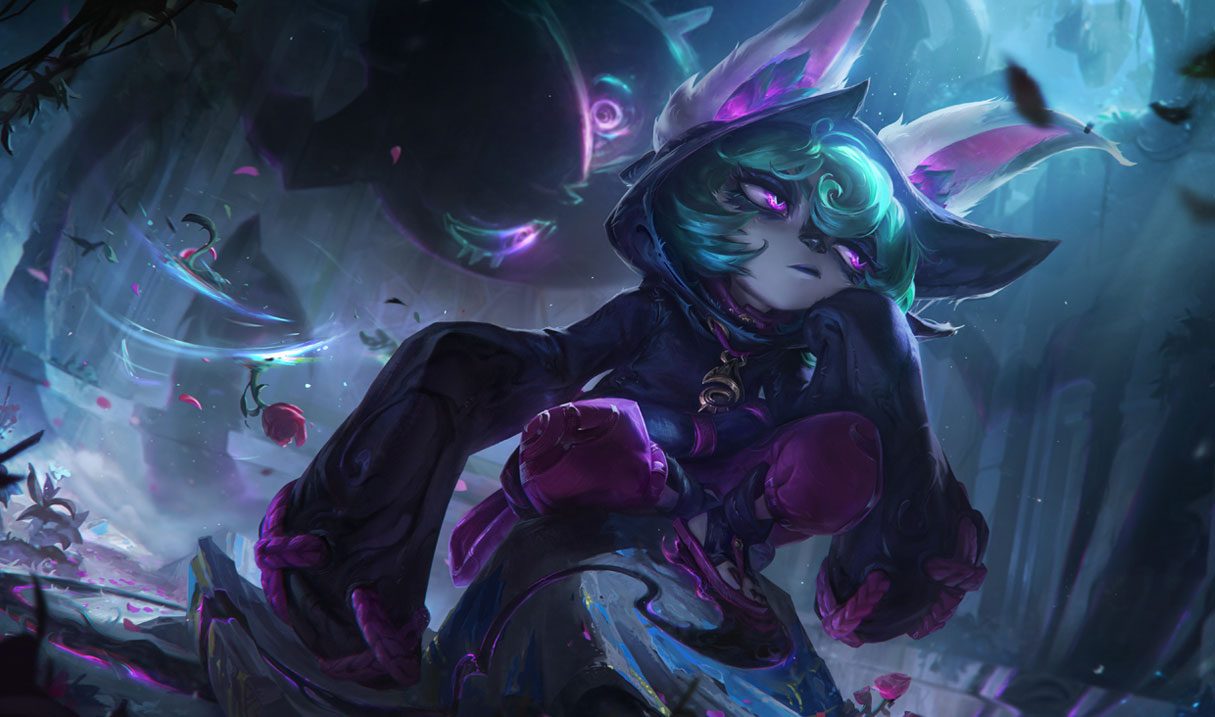 975
23.09.2021
In the black heart of the Shadow Isles, a lone yordle trudges through the spectral fog, content in its murky misery. With an endless supply of teen angst and a powerful shadow in tow, Vex lives in her own self-made slice of gloom, far from the revolting cheer of the “normie” world. Though she lacks ambition, she is quick to strike down color and happiness, stopping all would-be interlopers with her magical malaise. 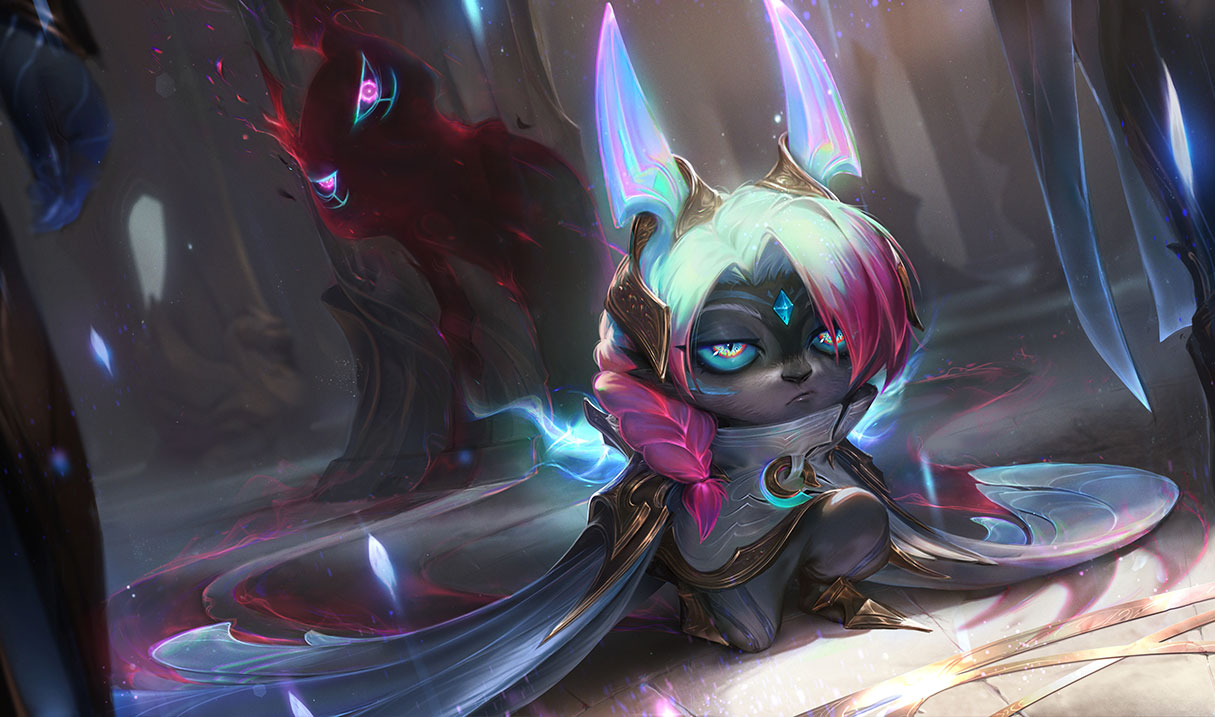 1350
23.09.2021
Vex finds order in the day's descent to darkness, and spends her evenings watching her shadow chase the sun below the horizon. A preternaturally sour and unenthusiastic god, she finds the whole chaos and order 'thing' very blasé. 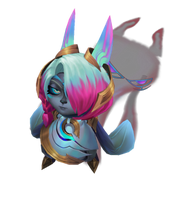