Vekaura is a city located in southern Shurima. A city built on the confluence of Mother of Life and Kahleek rivers. It was recently decimated by

Xerath during the events of Bloodline.

After the fall of Ancient Shurima, the Mother of Life river dried up and the city was half abandoned and buried in the sands of Sai Kahleek. Reduced to a tribal camp built on the ruins of the abandoned city, it was a meeting place for weary travelers and wandering nomads. With resurrection of

Azir, the Mother of Life river flowed once more, and the city was being repopulated until the events of Bloodline. While

Xerath decimated the city, most of its inhabitants were able to escape his wrath.

In Ancient times, Stepped gardens and flowers brought from every corner of the empire garlanded its structures in vivid colors and wondrous scents. Its towers gleamed with silver and jade, and cool water flowed from the great temple, running along great aqueducts in the naive belief its bounty would never end.

The passing millennia had worn the city down to its exposed skeleton of stone, its once magnificent structures reduced to ruins. Those ruins had been built upon over the last few centuries by those who still clung to the old ways, believing their future might be saved by revering the past.

Buildings planned by master craftsmen were now crooked parodies of their former glory. Walls once fashioned from square-cut granite were built over in timber and crudely shaped blocks. However, the city's original outline were retained. 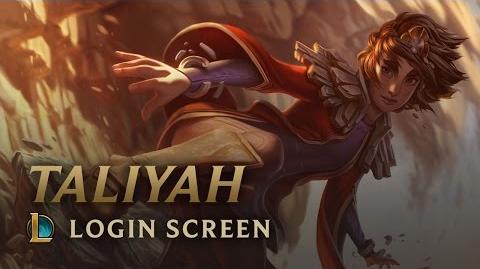 Shurima
Community content is available under CC-BY-SA unless otherwise noted.