"Stay away from the Voodoo."

The following Champion skins have been added to the store:

The following Chromas packs have been added to the store:

The following Champions and Skins have received a new splash art:

The following Summoner Icons have been added to the store:

vision for a long period of time. It is usually activated preemptively in order to ambush an enemy or to bypass the surveillance of hostile

vision for a short period of time. It can be utilized to sneak in on opponents as well as the ability to reposition in-combat or simply to flee from a skirmish. It also grants

ghosting.
EditStealthed traps are units that are hidden from enemy

vision for a set duration until triggered by an enemy. They can only be revealed by

Aegis of the Legion Reworked

Eye of the Equinox

Eye of the Oasis

Eye of the Watchers

Face of the Mountain

Locket of the Iron Solari Reworked 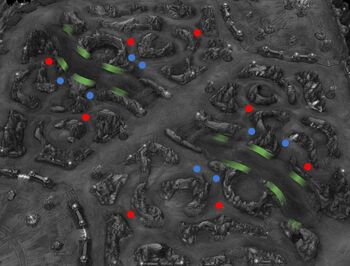 Overview: There are now three keystone masteries in all trees at tiers 2 and 4.