Hecarim, the Shadow of War

During testing in the Public Beta Environment, patch 1.0.0.137 was found to have several game breaking bugs, and the patch was delayed a week before being fixed and repackaged as 1.0.0.138.

The following skin was released with this patch, but was not made available until Monday, April 23.

Hecarim, the Shadow of War

An undocumented hotfix was deployed on April 23, 2012. This hotfix was intended to introduce

Gatekeeper Galio with its new spell effects and audio. RiotRara clarified that any other changes were not intended to be introduced into the live client and the changes were reverted on the 24th.[2] 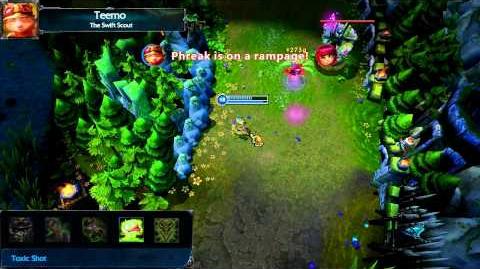