The patch was due to be released on the week of the 4th of July, but it was delayed several days because of the last minute bugs. Riot ultimately decided to release first the changes to the PVP.net platform only during the server downtime scheduled for Thursday, July 7 early morning. However, the PVP.net changes were delayed further and the server downtime was cut short too. The patch was finally released on Friday, July 8 at 2 PM (PDT). But new content (Leona, first batch of new skins) wasn't available for purchase until Wednesday, July 13.

The following skins were released along with this patch, but were not available for purchase until Wednesday, July 13.

The following skins were released along with this patch,but were not available for purchase until Monday, July 18.

Just after the patch was released, a matchmaking related bug appeared that broke Champion Select, causing matchmaking to be disabled. That same day the servers were brought down to fix the bug and didn't come back until several hours later at 10 PM (PDT). Three hours later, a bug that caused

Yorick's presence on games to create lag was discovered and he was disabled from Champion Select.

A hotfix then went live at 8AM (PDT) that fixed

Yorick's lag, enabling him in Champion Select. It also fixed a bug where

Trundle if the turrets were pushed by their abilities, 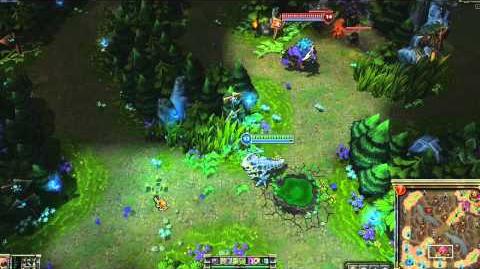