Hello everyone. I've noticed that some of the champion's overview stats (Health, Attack, Spell, and Difficulty) have been changed due to the use of the League of Legends website. The problem with that is that it has mislead users to think that the number of blocks on the bar shown on the bar calculates to that amount times 10. Now I know that the overview stats are in multiples of ten, but that's not the point. Some good examples are shown below: 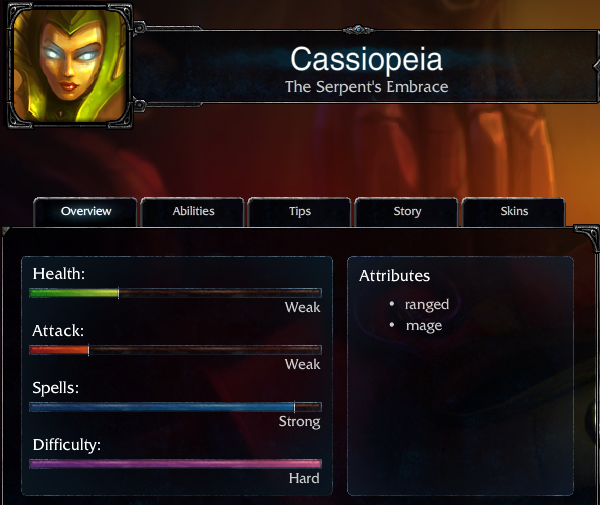 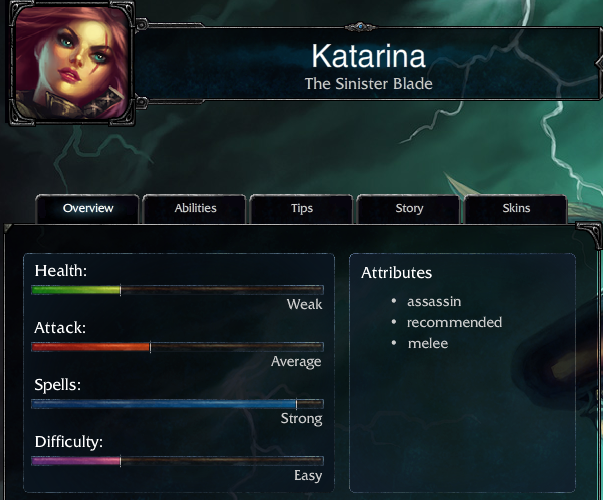 As seen in the images above, the difficulty for Cassiopeia in both images are shown full, thus equaling to 100. However, her Spell shown in the in-game image shows that it's partially full, equaling to 90 and the website image shows that it is partially full, but it has 10 blocks, which leads many to believe that it is 100 instead of 90. That is what I am talking about. So from now on, instead of getting the stats from the website, we get them from in-game instead under the Champion tab in the profile.

Retrieved from "https://leagueoflegends.fandom.com/wiki/User_blog:UberTri125/Champion_Overview_Stats?oldid=439727"
Community content is available under CC-BY-SA unless otherwise noted.