I have other League of Legends-related work, such as champion concepts and other articles, which can be found on my personal blog by clicking on this link >^..^<

Before the League of Legends, Valoran faced a crisis during the ancient Rune Wars. Summoners used their magic recklessly, which slowly ravaged Runeterra. As a result, some individuals wanted to exclude themselves from the strife between the warring factions. One such person was named Cerule, a kind and gentle girl who grew up by the Demacian coast. She studied long and hard to master her affinity with the water. Developing the power to manipulate any liquid substance, Cerule’s unique talents proved intriguing. This prompted King Jarvan I to attempt recruiting her for the Demacian forces in person, but she politely declined his offer.

Due to misinformation, Noxus believed Cerule had sided with the Demacian forces and needed to be eliminated. Assassins were dispatched to kill the helpless girl. In mere moments, the assassins had left Cerule to die on the shore during her evening swim at a beach. Blood-tainted tidewater carried Cerule’s body deeper into the sea before she began to sink and drown. As she was about to take her last breath, the magic within her acted on its own accord and changed her forever. The ocean had reborn Cerule as a beautiful mermaid. From that day forth, she vowed to help anyone she could as a maritime protector.

Over the years, Cerule saved many wayward vessels. Sailor tales often described Cerule as a sea angel. One fateful day off the coast of Bilgewater, Cerule watched as a man named Nautilus in a diving suit was cast adrift by his comrades. The murky ooze he was caught in was leftover dark magic from the Rune Wars, and to save him Cerule had to take drastic action. She bound the man’s suit to him, but this robbed him of his humanity. Deciding to keep a close eye on him, Cerule followed the man using every aquatic path available to the League of Legends. Once there, she learned that Runeterra was headed down the path of war yet again, so Cerule offered her services to help preserve the peace.

(Credit to Kieran Garcia, who is the author of the blog called LEAGUETALES)

Note: All numbers can be changed. Concept is key. Please realize there are explanations for each skill. If you have number/other suggestions, please feel free to mention them.

Also, credit to SkriK, Hemske, Elfsilver_Lord, Golden-Drake and dansaDisco for the icons they respectively made. I found these icons at The Hive Workshop >^..^< 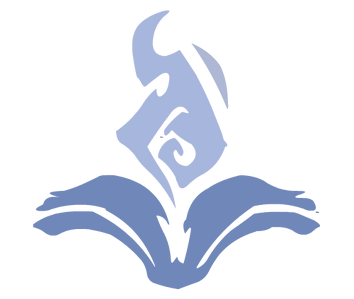 Innate: Cerule’s auto-attacks apply a debuff to her attack target and adjacent foes (cap of 1 debuff), lasting up to 5 seconds. Whenever Cerule’s abilities are used on a target with a debuff, the debuff is consumed to deal 25 − 50 (based on level) magic damage (+0.15 per ability power) to all nearby foes in a 250 AoE in the form of mini-splashes. Additional attacks will refresh the debuff duration. 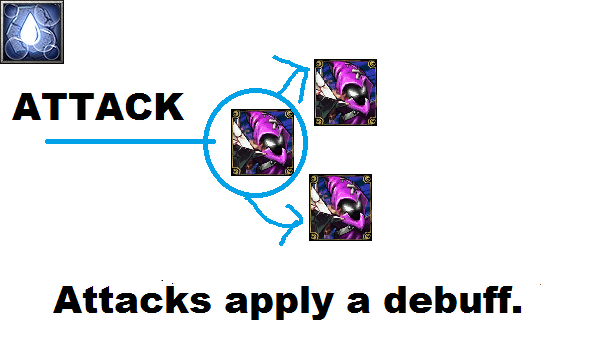 Cerule's auto-attacks apply a debuff to her primary target as well as adjacent enemies. Each debuff lasts a certain amount of time, or if Cerule uses her ability on a target to consume their debuff. 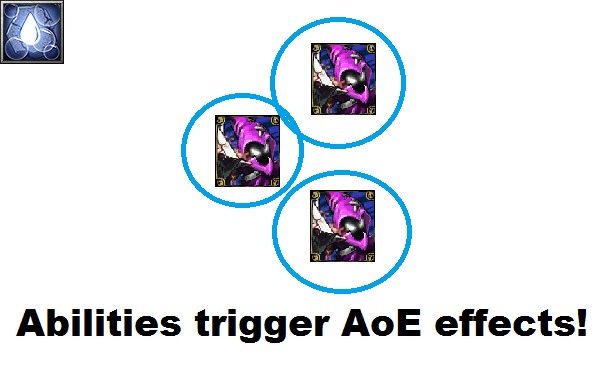 Active: Cerule conjures a tidal wave to appear from a target location. After a few seconds of charging (up to 3 seconds), a wave launches from a bubbling point that begins as a skinny line and widens the farther it travels. The wave's maximum travel distance and wave width is based on how long Cerule charges. All enemies caught by the wave are moved alongside the path of the water and suffer magic damage. Enemies being pushed by a wave can still move and take other actions.

This ability uses a click-and-drag targeting system, plus it can be used while moving. Cerule may launch the wave early by pressing the Q button for no cost. Additionally, Cerule can be dragged along with a wave, but she is undamaged. Cerule also has the option of freely moving through the wave as it passes through her. 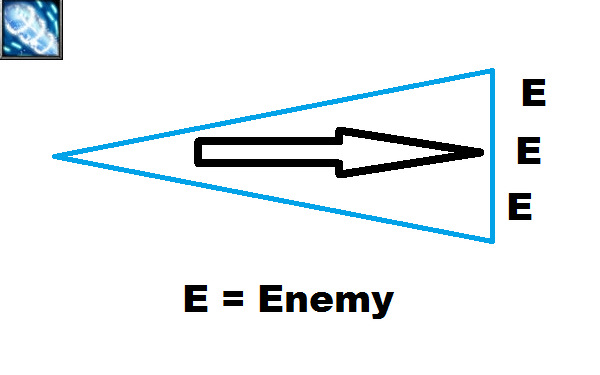 Active: Cerule shrouds a target ally, herself or a turret with a bubbly shield, blocking damage for up to 5 seconds or when a "Bubble Burst" occurs. A "Bubble Burst" can trigger when the duration expires, the damage shield is broken or if the player manually activates this ability again (for no cost).

Active: Activating this again (for no cost) detonates an active Bubble Barrier, triggering a Bubble Burst. This deals magic damage to nearby foes and also knocks them back a short distance. This burst can also activate Cerule's Aquatic Assault innate. 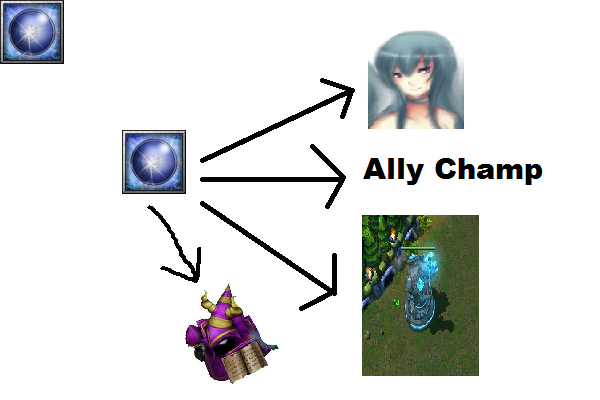 The player may target an ally champion, an ally minion, an ally turret or Cerule herself to form the Bubble Barrier. This bubbly shield can block all damage types up to a limit. The shield pops when: the block limit is reached, the duration expires or the "W" button is pressed again. This triggers the "Bubble Burst." 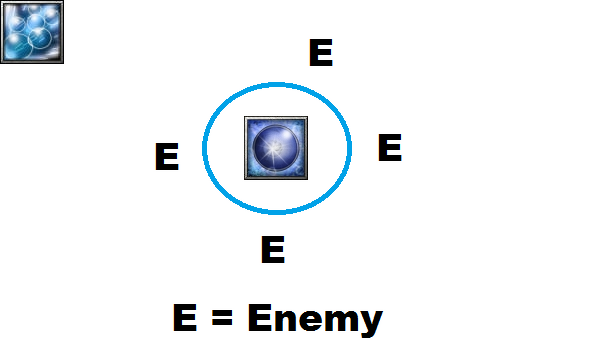 Gragas ultimate). This is a handy move for briefly peeling/separating enemies from a given target.

Active: Cerule creates a whirlpool at a target location, channeling for up to 5 seconds. The whirlpool will gradually pull enemies toward the center of the AoE. Foes who enter the whirlpool suffer magic damage and have their movement speed slowed each half-second.

The pull effect, magic damage and movement speed slow will intensify as a given enemy gets dragged closer toward the center (three rings of different pull power, magic damage and slow strength). This ability will always trigger Aquatic Assault debuffs. The player may manually stop the Whirlpool channel by pressing E again (for no cost), or by moving Cerule. 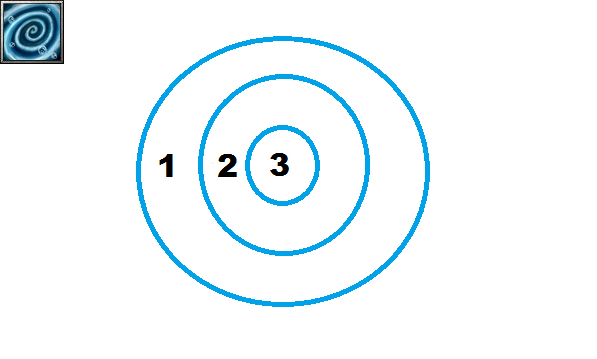 Active: Cerule magically elevates two bodies of water at two different points that cascade downward, releasing waves toward each other. These great waves push caught enemies together in a line shape, dealing magic damage and then stunning them for 1.25 seconds. 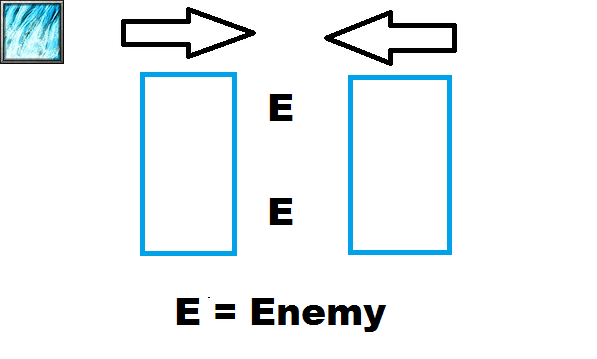 Two large bodies of water are elevated in the air at a target location. The water then drops toward the ground to form crashing waves, pushing all hit enemies inward and "lining" them up. This deals magic damage to the foes while also stunning them momentarily.

Note: This video was posted on 10/20/2012. Therefore, some information described in the video may become a bit outdated as adjustments/tweaks are made for this concept.

Video by Captain Penguin (special thanks)

Note: Feel free to comment with your own ideas, and they could end up in this sub-section. Remember that these are just meant to be for fun. These are just subtle effects intended as jokes. :)

Cerule is designed as a “displacement” mage/support champion who relies on altering the position of foes for strategic purposes. One step can mean life or death in League of Legends, so Cerule’s kit has four different methods of moving enemies around the battlefield. With this in mind, she could single-handedly alter the outcome of a given situation simply by pushing a foe to a new spot, which makes her an excellent, team-oriented champion.

Allies would love to have a good Cerule around because she could turn the tide of battle and place your enemies into vulnerable positions that could spell their doom. The amount of advantageous scenarios that Cerule’s displacement abilities could create are basically limitless. Just about any team composition could benefit from Cerule’s water powers, but ally champions with crowd control would complement this mermaid mage nicely. In addition, Cerule could definitely serve the support role with her skill-set if need be.

However, to compensate for Cerule’s amazing potential in combat, her abilities are on the weaker/average end of the damage spectrum to highlight her displacement qualities rather than push her toward a generic nuker role. This means a team composition would need to balance out Cerule’s slightly weaker damage output. In addition, all of her displacement capabilities also have the double-edge sword aspect of possibly creating bad situations (e.g. moving a foe away from your allies) if the Cerule player is not careful. The difference between a great Cerule and an OK one would be thus very noticeable, as the gulf between their respective skill level would be very obvious.

Nonetheless, Cerule’s niche design would make her a worthwhile champion to consider for your team’s lineup. Enemies who clump up too much, overextend or they just find themselves out of position in general, beware! Your allies will be gushing over Cerule’s capabilities! Make a splash with Cerule, the Mystic Mermaid!

Cerule, like other mages, needs ability power to be effective. However, because she relies more on her utility and displacement focus, Cerule should be built slightly differently to make up for her lower damage output. Nonetheless, typical mage fare would still be effective as well. On the other hand, Cerule could also do fine with a support-centered item build if you wanted to play her as your team's support.

Note: I realize that a LoL champion does not have this many lines to say for their VO set, but I decided to go all out and just grab as many water puns I could think of because I could. Swimmingly XD

Voice work by Imoristar. This is the third LoL champion she has voiced for me. She is such a ☆! Many thanks to Mokey-chan! I truly respect and appreciate everything she does for me and then some :)

Note: Many extra things for this section are on their way. They will be added whenever they are ready to go. Finally, I am always willing to add other art/other pieces of work. If you want to e-mail me a drawing or something of Cerule, please send stuff to nhanfiction@gmail.com with "Cerule" in the subject line :)

Song of the Ocean Waves [Cerule's Song]
Original song by Imoristar (Mokey-chan is such a ☆!)

Stars light up the sky
The earth spinning
Lighting up now fly
Wings soar in the distance
Diving down below
The cold water greets me
Running through soft hands
Vision is so blurry
Softly making waves
Pacing back and forth
A melody sang
Lingers in the distance
A world that's far away from me
I place that I know not of you see
But now greeting
A warm feeling
A mystery
Yet inviting
Leaves me wondering
Will I finally see
Who I am
The true me...
The true me calls out to you
Against the vast blue sea
Something to greet me
Could it possibly
Keep me from being lonely

Thank you for reading. Also, many thanks to everyone who helped me with this fan project. It would not have been possible without their help. If you like what you see here, please upvote Cerule on the official League of Legends forum by clicking on this link ^^ >^..^<

In addition, there is also a link for EU West! (special thanks to Shivaerus!)

Be sure to check out my other custom champs!