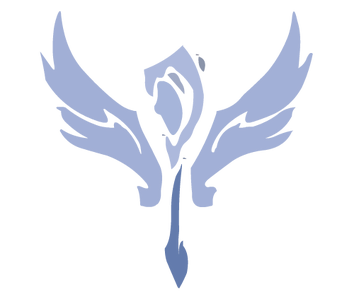 Senna, the Bindings of Despair is a custom champion idea for League of Legends.

Once, Senna lived to purge the evil from our lands. But during a fearsome battle, she had lost everything she once had. She had lost her life, her soul, and her loving husband all in one decisive blow. However, even with her body and soul lost her mind and spirit both remained.

As she watched her beloved turn to a vicious husk of what he had once been, tormented and enraged by the cruel monster that had taken his wife’s life, Senna was struck by anguish and despair. Overwhelmed by emotion, she called out to all who would listen. A single voice called back to her. “Would you give up everything to save him?” Unable to think straight, Senna pleaded to the voice to allow her to save her husband.

A strange feeling struck her and she felt alive once again. Her body did not feel like her own, but she was in no position to complain; she had come back from the dead from odds impossible to beat. No longer was a fierce fight going on in front of her, instead she was in a dark temple. Paying no mind to her surroundings, she quickly set out to track down and find her husband and stop his rampage.

Forcing herself into the Institute of War, she crashed into the Summoner’s Rift to find her husband midst battle. The kindness and warmth he once showed was completely gone, replaced with rage and desolation. She called out to him, to tell him everything will be fine, to calm his rampage and bring his mind back. What she had not expected, however, was complete and utter rejection.

Her husband’s eyes had no love, no compassion, no feeling in them. Instead was pity, disgust and anger. He revealed that she was eternally lost, her soul taken by the vile fiend that had slain her, that she could not possibly be here. She was the true monster, a demon bound to the mortal plane by her regrets.

Senna faced an emotion that she had not felt in a long time. A burning anger, far hotter than the depths of hell itself raged on inside her body, and caused her to change. She could hear a demonic voice ring out inside her, telling her that all was lost and the debt was paid in full. Ethereal chains started to appear and constricted not only Senna, but all who were around her. Dark energies gathered around her, much more powerful than anything that the Institute had seen before.

All summoners and champions were gathered to halt her fearsome powers. None could quell her fury, but the chains she used to constrict others could also be used to bind her as well. The Institute of War knew the terror of her power, and kept her confined in the depths of the earth until she had calmed down.

Finally, she turned back to normal and her previous power was nowhere to be seen. Afraid of what would happen if she snapped once again, the Institute agreed to accept her as a champion. Senna no longer spoke of the past and became spiteful and harsh, a fragment of what she had once been. No longer could her love for her husband be seen; only sadness and despair remained.

Senna is a support, through and through. She has fairly strong ranged CC in lane, and a harass on her W. She also has a unique way of constricting movement on her E, and a long range pull on her ultimate.

She sports high bases but has ridiculously low scalings, making AP a fairly wasted stat. In lane she suffers from a lack of sustain and can be bullied out of lane. She also has no guaranteed damage, and struggles to use her passive to it's full potential due to her being melee.

Senna first appears to be a pure maiden, enshrouded in white and appearing a little ethereal. Upon using her abilities, she shows her true form as a demonic being, summoning vicious chains and stakes to bind her foes.

Her colour scheme is a silvery-white (Like Lucian) and a ghastly green (Like Thresh). Her animations are very ghost-like, with sudden jerks of her limbs on ability casts and an overall scary but pure feel.

Well, this is champion number two. This is my first champion design for a character that Riot has introduced, but not yet made into a champion. Yes, it's Lucian's wife.

Senna's kit was the easiest part of the design. The abilities were already created long ago, and somehow the balancing felt a lot simpler than Sakuya's. The numbers were kinda rushed, so have mercy if the figures seem imbalanced :D

The most difficult aspect was the lore. Even with Thresh and Lucian providing a 'skeleton' for her lore, it still was difficult to write up. Even looking back on it now it feels not as well written as it could have been, but eh. Writing's not my forte.

Check out Sakuya, the Priestess of Wind and Komachi, the Debt Collector if you liked this idea :P

I've been told that Senna's E, Spirit Tether is a bit hard to understand. That was expected, so I've created this little mess to help explain. There are five diagrams, 3 black and 2 blue, hopefully you can tell where the diagrams end and begin. Circled S = Senna, Circled C = Enemy Champion

A1 shows what happens on initial cast. Senna throws out a chain, and it hits an champion. For argument's sake, lets say S.T's at level 5, and has 1050 range. While within the max range limit, both parties are movement unimpaired.

A2 shows what happens when both parties venture outside of the 1050 unit range. The chain tightens, and both parties are losing movement speed.

A3 shows danger zones. If the two parties venture towards their individual danger zones, the chain tightens even more and they lose even more movespeed. Going the opposite way, however, quickly returns their movement speed to the norm.

B1 shows the second cast. Senna swings the chain, Counter-Clockwise in this example. It can go a maximum of 180°, and the chain is swung at it's max range.

B2 shows impact with Anivia's wall. The chain is now binding the two parties, however the wall doesn't move, so the danger zone only applies to the enemy champion.

Retrieved from "https://leagueoflegends.fandom.com/wiki/User_blog:MystiKnight/Senna,_the_Bindings_of_Despair?oldid=2519446"
Community content is available under CC-BY-SA unless otherwise noted.