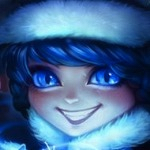 League of Legends and Myself

I started playing on the NA server a few days before V1.0.0.97 was released. My Summoner name is TechnologyWizard. Please feel free to add me. I prefer to play Assassins, Carries, Fighters, and Mages. Feel free to sign up for League of Legends if you haven't already.

The Wiki and Myself

I joined the wiki on February 26, 2011. I was promoted to rollback on the March 19, 2011, chat moderator on the May 20, 2011, moderator on the June 19, 2011, and administrator on the July 7, 2011. As an administrator, I served many roles such as Overseer Rollback Editor, Overseer Chat Moderator, Alpha Items project coordinator, Advanced Attributes project coordinator, Community Messages coordinator, and President of the LoL Wiki Teams. On March 18, 2014, I gave up my rights as I am no longer as active around the wiki.

Retrieved from "https://leagueoflegends.fandom.com/wiki/User:Technology_Wizard?oldid=2744493"
Community content is available under CC-BY-SA unless otherwise noted.