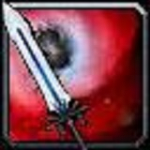 I am Sagee Prime, I have been playing since October 2009 and have since Accumulated over 3000 games maintaining a positive record the whole time. I often stream my games although I stream little different than most so my games only stream from the loading screen till the end of the game versus streaming several hours of game play at a time. I like offering helpful info but I refuse to play with players that I think are below my skill level as it normally results in me being matched with unskilled players and or the players I'm playing with to get put in an unfair arrangement against much better players. If I don't play with you it isn't because I hate you it's because I don't want to be in games like that. You can also often find me posting on the LOL forums so feel free to drop your input on what ever I may be discussing. I don't care if it is negative or positive as long as you are well informed and knowledgeable I always like seeing the other perspective or hearing good counter arguments and that is what the community really lacks.

If you want to see my live streams you can find them here. I will be streaming on my Twitch.tv ranked stream so ask me when I'm online an I'll let you know if I'm streaming. I play Nidalee a lot so if anyone is interested in learning how to play her look no further. I will normally be streaming on weekdays from 7:30 to 11:30 P.M. Central Time and maybe earlier and or later depending.

As this hero is not released, expect any information here to possibly change.

Moving through brush increases Nidalee's movement speed by 25% for 2 seconds.

cougar form, she is also stealthed for 2 seconds.

In human form, Nidalee lays a damaging trap for unwary opponents that, when sprung, reveals the target and reduces their armor and magic resistance for 7 seconds.

cougar, she pounces forward, dealing a small amount of damage in a small radius when she lands.

human form, Nidalee throws a spiked javelin at her target that increases in damage the longer it's in the air, to a maximum of 300%.

cougar, she grabs her opponent by the throat and attempts to bring them down, dealing additional damage depending on the number of 'Dripping Wound' stacks.

human form, Nidalee heals her target and grants them an attack speed bonus for 8 seconds.

cougar, Nidalee claws nearby enemies, dealing base damage plus extra.

Nidalee transforms herself into a cougar, gaining new abilities and increased movement speed in the process.

Takedown damage, as well as

Skins
Retrieved from "https://leagueoflegends.fandom.com/wiki/User:Sagee_Prime?oldid=2872911"
Community content is available under CC-BY-SA unless otherwise noted.