"Your emperor has arrived!" 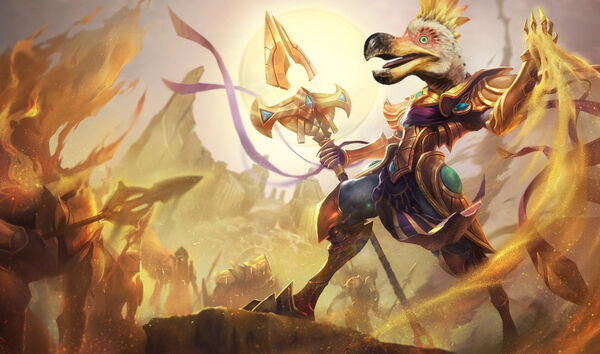 Hello, my name is Ruwbz. I'm an active editor on the LoL wiki, but I particularly focus on the Lore of Runeterra. I also occasionaly make small quality of life Templates that make my work and those of my fellow editors easier.

As a professional software engineer, I have dabbled in different kinds of programming languages (C#, Java, Javascirpt (Typescript), Python, SQL, Oracle, PHP (to some extent), C++ and most recently Lua).

I have been playing

League of Legends since the summer of Season 3. I also play some other games that are unrelated to Riot Games: Monster Hunter World, Zelda series, Smash Bros, etc.

Support. When I'm playing with my friends, I sometimes flex to a

To those who have fallen during the battle of

Icathia, you will be remembered forever: