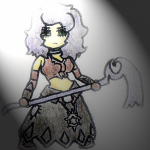 I'm a Gold player, but I still feel like I could be better (doesn't everyone?). I used to main Riven top; I like to think that I played her pretty well (I consistently sat on a 2/1/1.5 KDA, and it was not unusual for it to hit 3/1), but then I see pros play her and I realize how far I still have to go. I may never be Korean, but I'll try to hit "decent" at least!

My current affair is Diana. She's my "pick this champ to win" champ, but I'm working on expanding my champ pool.

Level of completion is indicated by number of stars (★), up to 3.

Retrieved from "https://leagueoflegends.fandom.com/wiki/User:Care_Level?oldid=2543957"
Community content is available under CC-BY-SA unless otherwise noted.