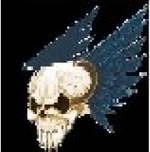 The most important thing to know is that I play this game to have a good time. I like good team work and I find it especially fun when a team clicks in the solo queue. It just means that everyone is picking up on signals and doing things right. I absolutely despise the guy on the other team that feels the need to tell me who "sux" on their team. Almost as much as I hate the guy that trolls our own team. Yeah, I know that (insert failing team mate here) is feeding. But rather than gripe about it and make him do more stupid things, why not help him out. Or be constructive. Trolls, excluding Trundle, suck the life out of the game more than anything else.

The second most important thing to know about me is that I do not believe that any character is overpowered. You will never see me play the "OP character of the week" but that is mostly because when I kick someone in the teeth I don't want them to blame the character.

Anyway, I ussually play yordles, love those little blue guys even The Tiny Master of Evil. (Hey, stop laughing.) So if you don't see me first, you'll likely get a good view of a wall and Whomper.

So following my in-game crusade to get people to use more wards. My latest wikia crusade is to clean up trivial trivia. Basically all those "May be reference to my roommate's cousin's girlfriend's dog fluffy. Who once licked a D&D magazine and if you looked at the spit just right it looked just like this champion." Time for it to. . . GO. . .AWAY.

I have written up the policy I follow Here. Feel free to weigh in with your opinion, but as far as I can tell, most that have read it agree and we are using it going forward.

Champs I am currently learning

Can Poppy use character made terrain, such as Anivia's wall, Trundle's Pillar, and Jarvan's Crater, for wall Slams?

No, a million times no.

Poppy Mythbuster (and others)

And yet, I still get people that tell me that AD Poppy just doesn't work (this is also my position on why Elo Hell does not exist)

One of the funnest games I've played. Yes, we won by destroying the nexus. Yes that was really our team comp. Yes, I pulled the names of everyone. Yes, I went 0-2-6, because I was in charge of tearing down towers while my team held them back. The other team couldn't believe it was happening the whole time.

Wish I had a copy of the dialog in game.

Retrieved from "https://leagueoflegends.fandom.com/wiki/User:Asperon_Thorn?oldid=2505378"
Community content is available under CC-BY-SA unless otherwise noted.