League of Legends Wiki
Register
Don't have an account?
Sign In
Advertisement
in: Character stubs, Udyr, Characters,
and 3 more
English 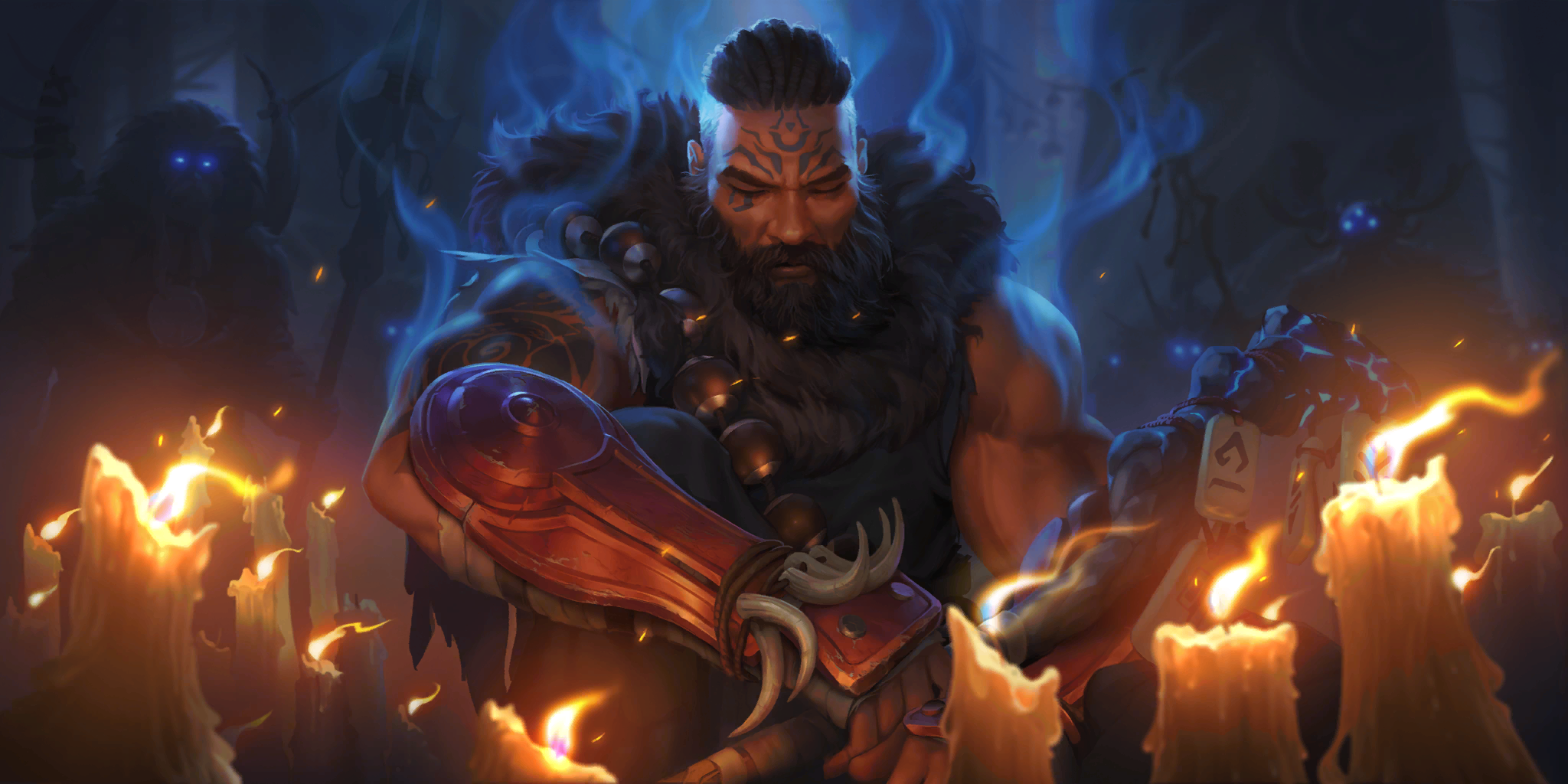 Freljordian animal spirits. When tapping into their bestial natures, he can harness different strengths, channeling untold speed, resilience, and brutal ferocity. With their combined might, Udyr will turn back all those who dare to harm the natural order of the world.

Udyr was born under a blood-red moon in the

Freljord. At a young age, he had a deep connection to spiritual magic and was taken in by the Winter's Claw. He would spend years training to hone his gifts with the shamans of his tribe, but his powers proved too great and he would be bombarded day in and day out with the chaotic thoughts of the living.

One evening, the Winter's Claw would be attacked by the Frostguard, minions of the

Ice Witch. Udyr's mentors would give their lives protecting the tribe. Filled with the sorrow and torment of his tribesmen, Udyr would become overwhelmed by their pain and unleashed a massive spirit burst, causing an avalanche that would force the Frostguard to retreat. In the aftermath of the battle, the surviving members of the Winter's Claw would ostracize the young spirit walker, save for one sympathetic Iceborn named Kalkia. The two would grow close and cherished what little time they had with each other. Outside of their relationship, Udyr would live in solitude.

One day he would encounter a stern monk from

Ionia who sought to learn about the spirits of Freljord. Wary of strangers, Udyr attacked the monk, but he would easily dodge his blows. The two would press themselves into exhaustion, where the monk finally introduced himself as

Lee Sin. Seeing a kindred spirit in the monk, the two would forge a friendship and Lee Sin would invite the spirit walker to return with him to Ionia, where they have spent generations training to keep the spirits at peace.

During their travels, they would catch wind of the

Noxian invasion of the First Lands. Offering to aid his friend, Udyr and Lee Sin battled Noxian invaders at the Hirana Monastery and repelled their assault. Udyr would spend the next several years in Ionia, training with the Shojin Order and embracing the harmony of the Ionian way of life. However, Udyr could not deny the call of his homeland and sensed great danger coming to the Freljord. He would say goodbye to his friend and Ionia and set out to return to the Winter's Claw.

Udyr rejoined the Winter's Claw as their shaman and met

Sejuani, the daughter of his old flame. He would mentor her and watched her become a fierce warmother. During this time he would mentor others who had an affinity for the spirits, including a young spirit walker by the name of Najak. Udyr would fail to properly teach him and Najak would join the Ursine, leading them as the Hounded Lord.

Growing food shortages in the already barren tundra would force the Winter's Claw to more aggressively expand their territory. Weakened by the famine and not wanting to see more of her tribesmen fall, Sejuani proposed allying themselves with the Ursine of the

Volibear. Udyr was called upon to aid in negotiations, but the spirit walker did not trust the Storm Bear or his ilk. Despite his objections, Sejuani remained determined in forging the alliance, and not wanting to see her harmed, Udyr agreed to aid her.

The Winter's Claw summoned the Ursine, led by the Hounded Lord, a former pupil of Udyr. When Sejuani attempted to negotiate with the Hounded Lord, he deferred her to their god, the Volibear, and summoned him to their meeting. Speaking through both Udyr and the Hounded Lord, Volibear questioned what battle would be worthy of his support. Sejuani vowed to raze the southern farms, destroy their settlements, and conquer the Freljord, pleased with these terms the Storm Bear agreed to lend her his strength, if she asked. Udyr tried to object before Sejuani could accept his offer, but was paralyzed by fear. When the Volibear demanded a sacrifice, Udyr instead offered the war and its dead, enraging him. The spirit walker goaded the god into accepting their offer and the Ursine would join the Winter's Claw in their next raid. In the aftermath of the battle, Udyr surveyed the damage inflicted by the Winter's Claw and the Ursine, noting that they were gaining more power. He confronted the avatar of the Volibear and vowed to protect Sejuani and prevent him from taking her.

Some time later, Udyr would take a leave of absence from the Winter's Claw, needing time away from the spirits to strengthen his will.

Udyr has a stocky body shape and is adorned by tattoos of the various Freljordian gods on his body. His fists are wrapped in bandages, with his left hand having a headwrap given to him by

Lee Sin. He wears heavy pants with a belt made with prayer beads and open toed shoes. 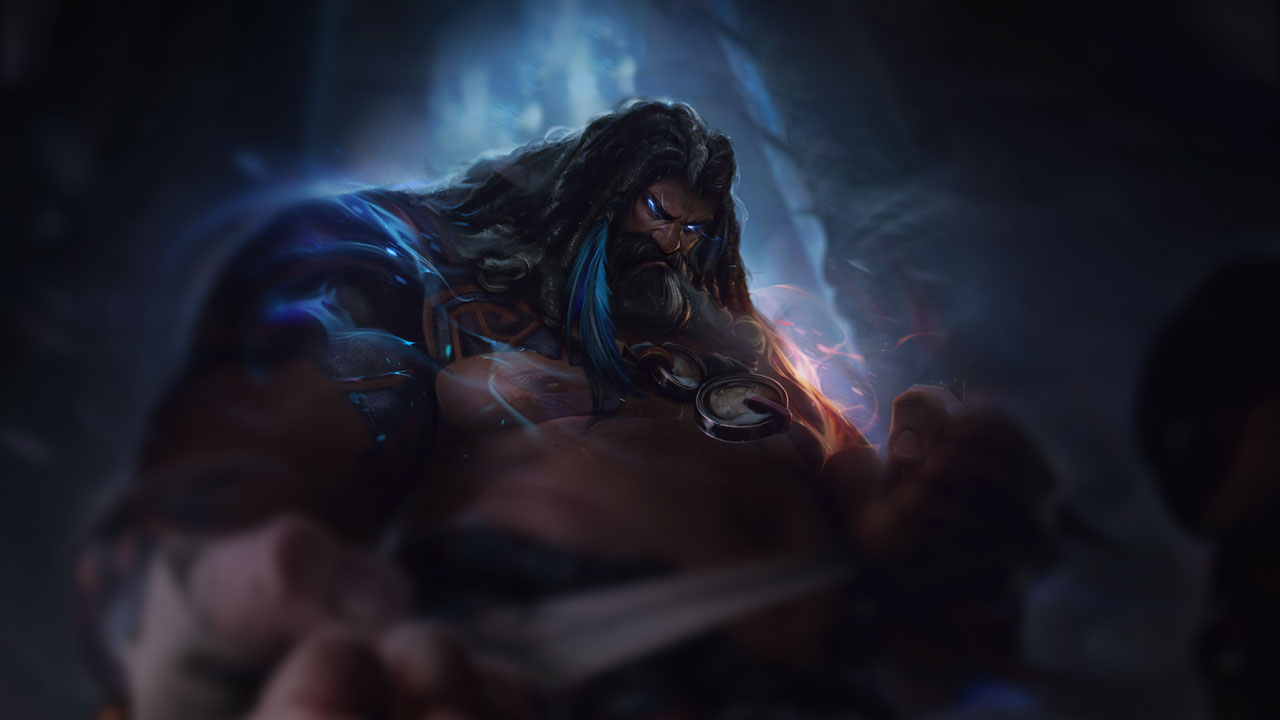 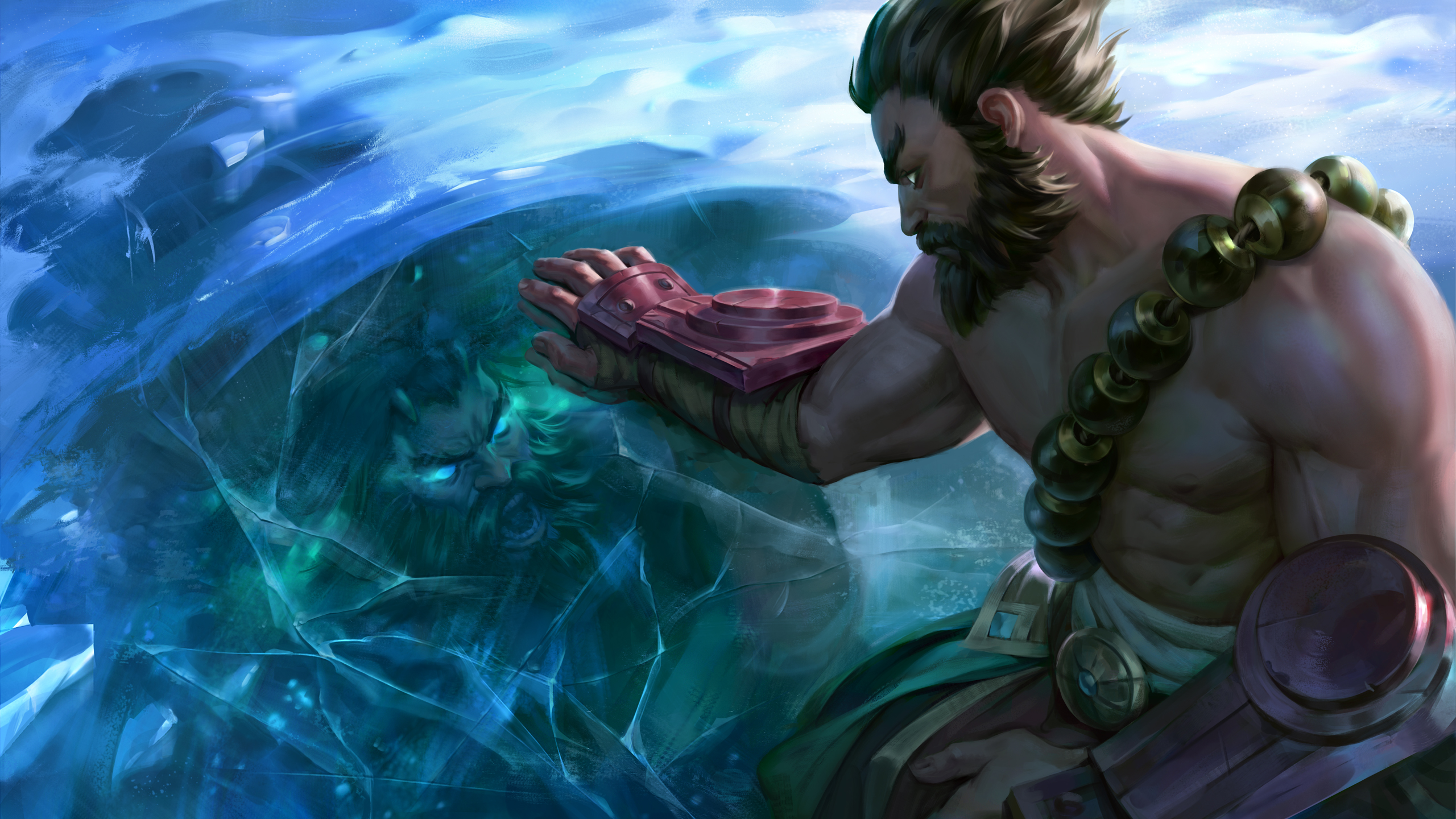 Far above, Udyr heard the cries of an eagle riding the gale. 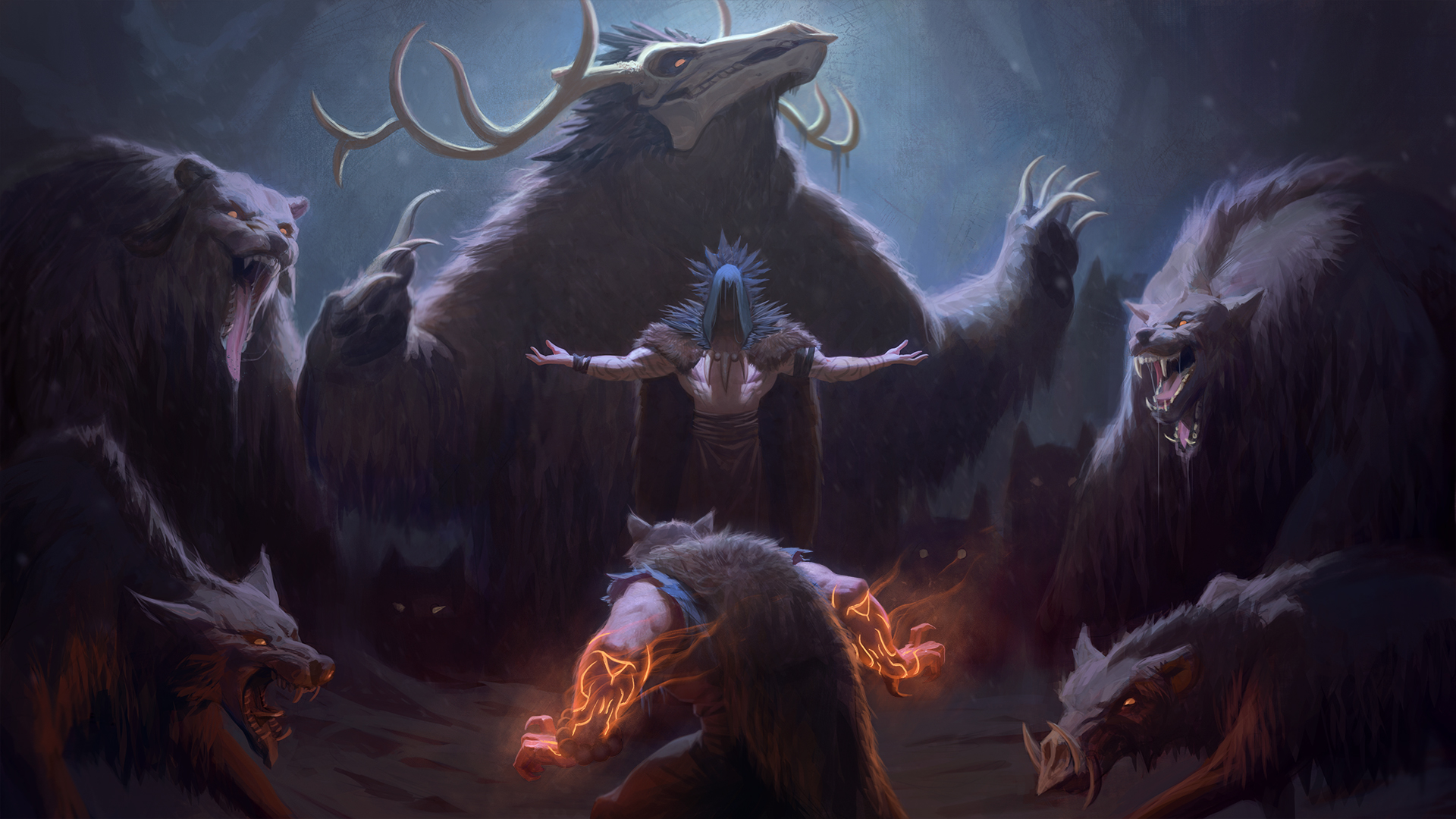 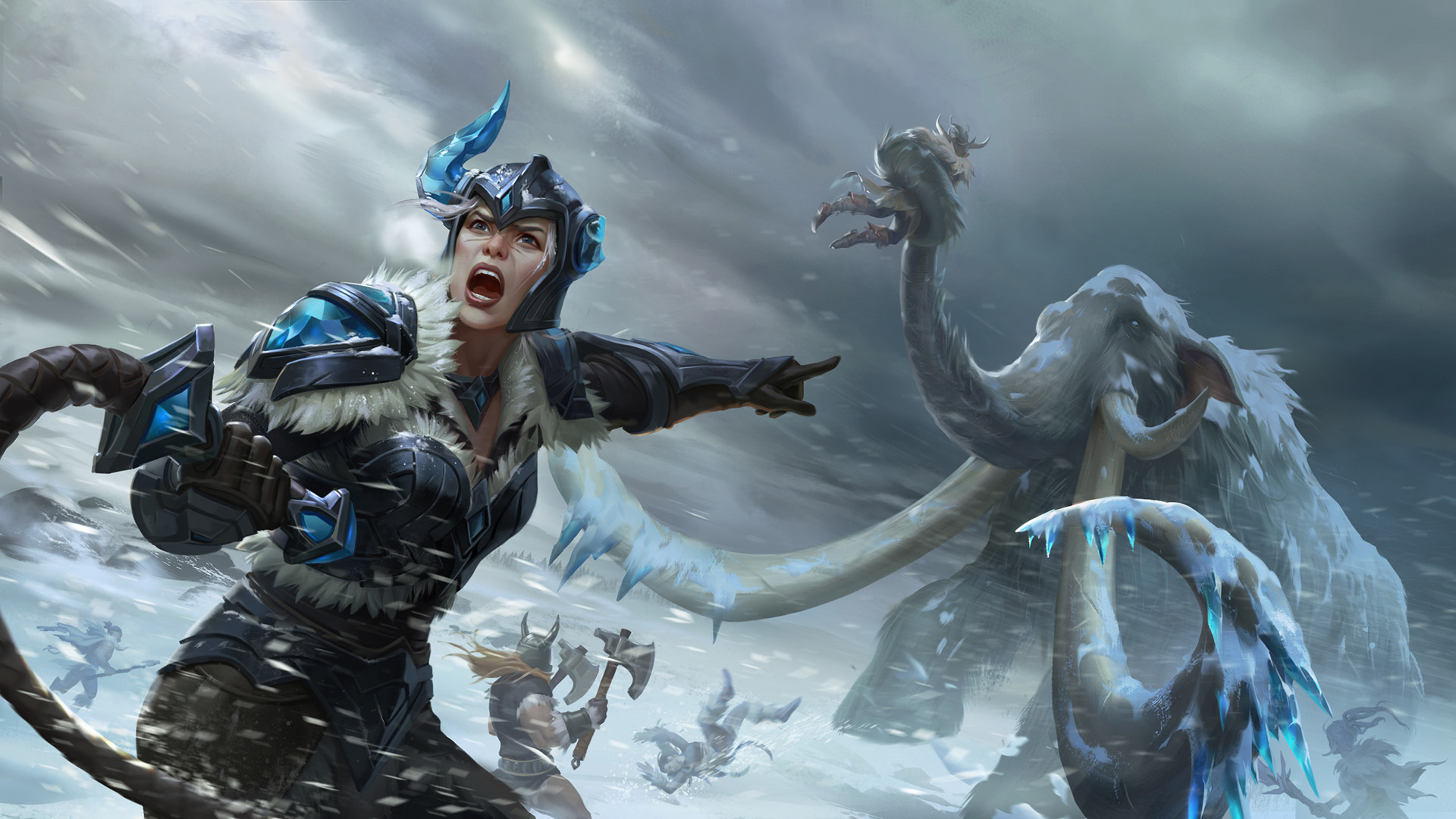 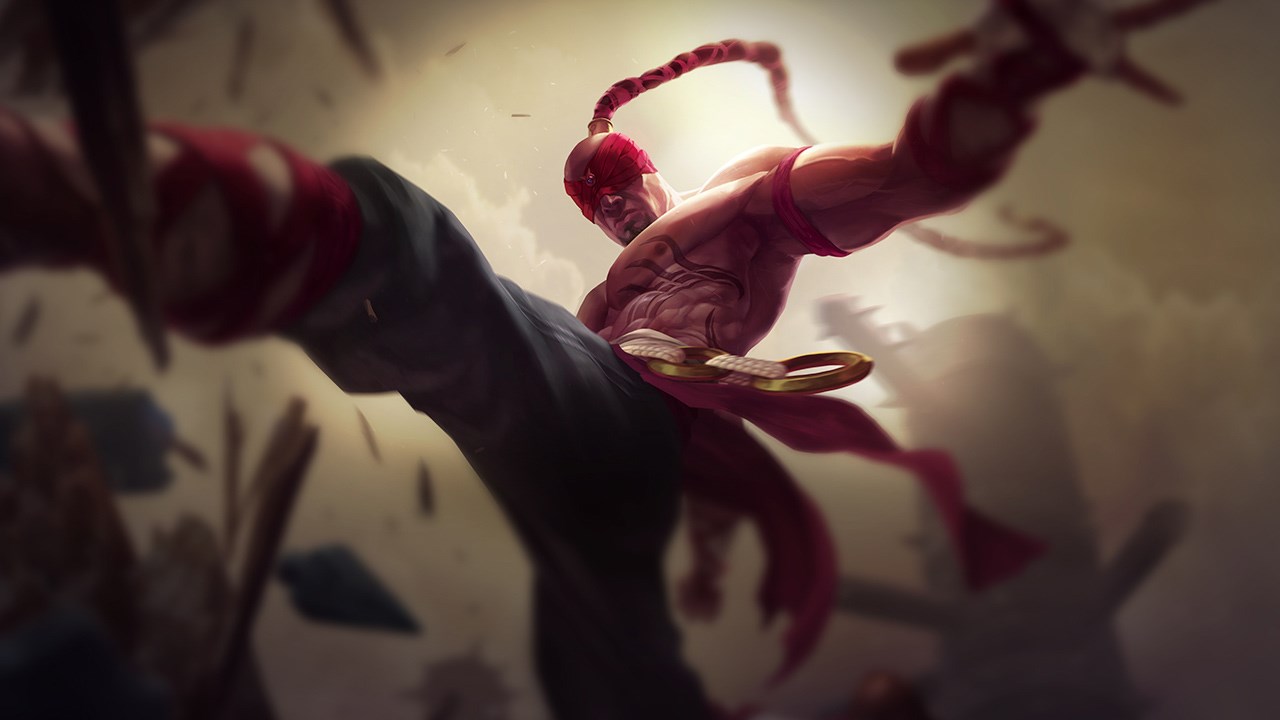 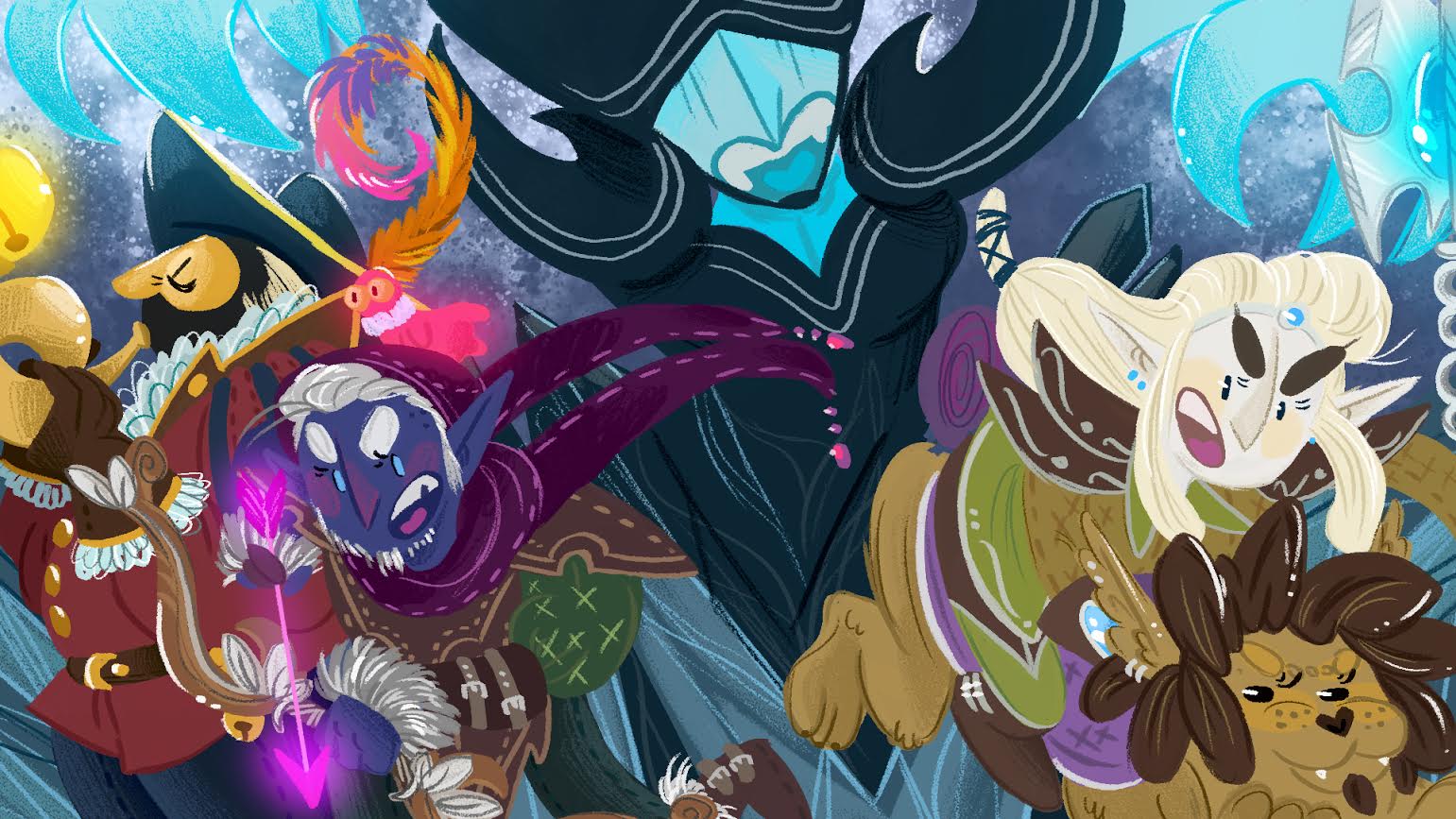 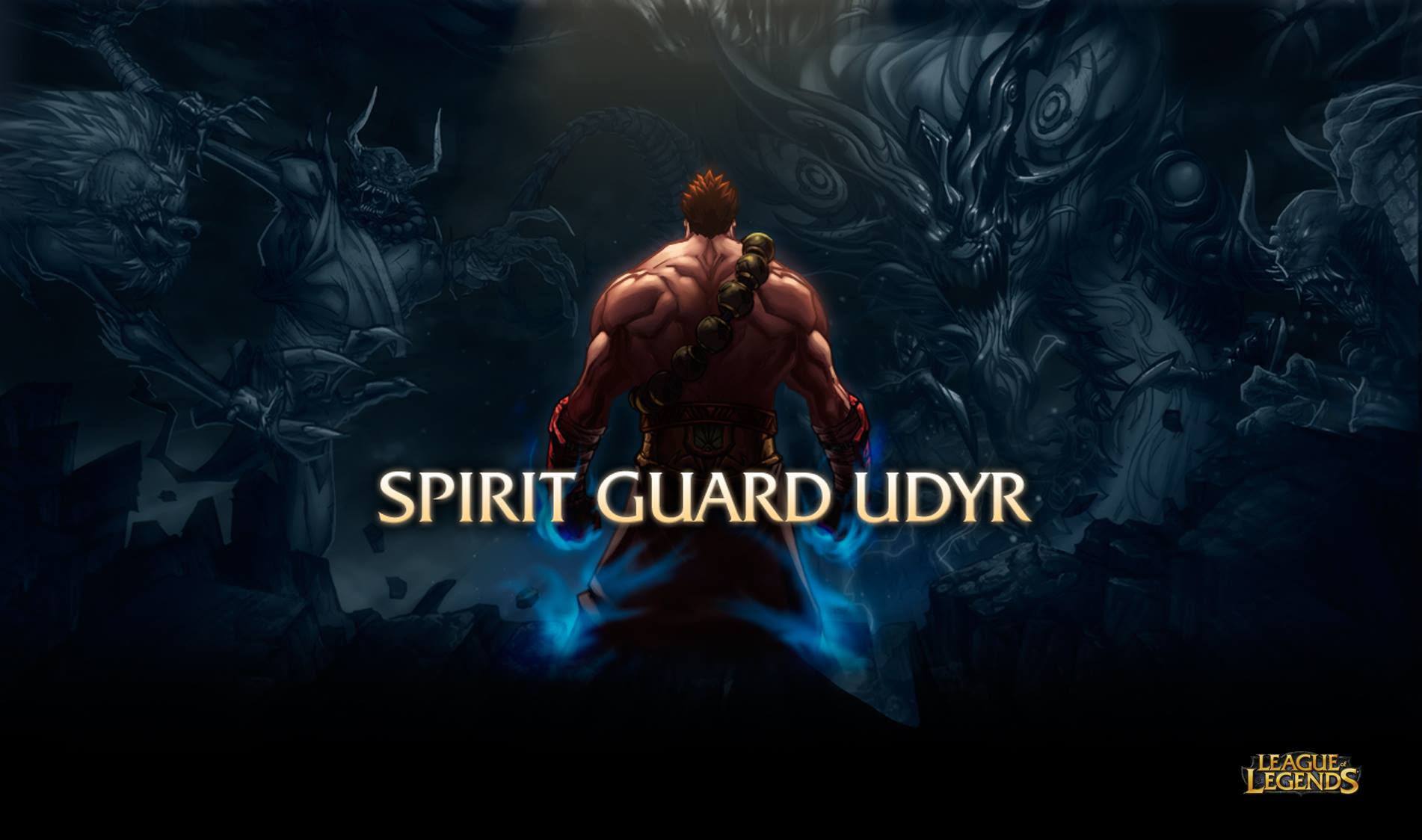