For the Lore location, see Twisted Treeline.
For the

Twisted Treeline was the second classic gameplay map for

League of Legends. It typically features faster, bloodier matches with an emphasis on ganking and small-scale skirmishes. You achieve victory by pushing your way into the opposing base and destroying the enemy nexus.

A smaller map than Summoner's Rift, the Twisted Treeline is configured horizontally, with two lanes flanking a neutral area. Turrets are placed along the length of each lane, and the nexus is defended by a single turret. Teams are composed of three champions apiece, and each champion spawns with a substantial sum of gold. The reduced map size and accelerated level curve makes for a shorter game length and higher kill scores.

The Twisted Treeline was retired from the game on November 19th, 2019 for the end of Season Nine.[1]

The objective of Twisted Treeline is simple: destroy the enemy nexus. In order to do this, champions must traverse down one of two different paths (or lanes) in order to attack their enemy at their weakest points they can exploit. Both teams have their lanes defended by numerous turrets; each turret grows in strength the closer it gets to its respective nexus and each turret must be eliminated in order to gain access to the next turret in that lane. Cooperating with fellow summoners is an absolute requirement for success, as it is easy for a champion to find themselves ambushed by enemies in the lanes of the map.

The altars are neutral objectives that can be captured by either team. There are two altars on opposite sides of the map. A champion captures an altar by standing on top of it for 9 seconds. When more champions stand on a single altar, it is captured in a shorter amount of time.

Most items available in the shop, are the same as in Summoner's Rift or Howling Abyss. Some items are exclusive to Twisted Treeline. It is also good to note that there are no wards or ward items available. The only vision item you have is the default trinket:

Twisted Treeline had some map-specific balancing:

Twisted Treeline's single, centralized, jungle offers multiple access routes to both lanes, promoting fast ganks and aggressive counter-jungling. Junglers on Twisted Treeline typically engage enemy players early and often, coming to the aid of either lane or leading the attack on the opponent's altar. Expect plenty of action in neutral areas on this Field of Justice.

The jungle has three monster camps on each side. A monster camp respawns 75 seconds after all the monsters in the camp die. Each side has the same camps:

The only monster in the upper jungle is

Vilemaw. It spawns ten minutes into the game and respawns six minutes after dying. When a team defeats

Crest of Crushing Wrath buff on all living team members, which provides several bonuses for a few minutes.

On Twisted Treeline minions did not grant the same amount of gold on kill and some had different stats:

The following describes the amount of experience required to go from level 1 to level 18 on Twisted Treeline.

Twisted Treeline map has been used for certain special, limited-time, featured game modes that circulate in and out.

The Twisted Treelines was released shortly before the game officially launched.

The Twisted Treeline map was reworked, and the new version released with patch V1.0.0.150 on October 17, 2012.[7] It was previously located near Zaun but was retroactively relocated to the Shadow Isles.

Interview about the map

Marc 'Tryndamere' Merrill in an interview with Zam.com first mention the map:[8]

So in regards to the new map, which is one of the hottest items that we're really excited about, we're about to roll one out. It's going to be going into the beta shortly. I don't know if it's in this release or if it's in the release at the end of the month. It's coming out really soon, it's a two-lane map, it's awesome, there's a lot of action, it's really well designed to force action to the middle of the map, and it's designed for a 3 on 3 play experience. So it's a very different experience, it will be a lot of fun for users to go bang away on that.

A Thanks to All Twisted Treeline Players

As announced earlier this year, Twisted Treeline will officially be retired at the end of this season. We're sad to see such a longtime game mode leave our official rotation, but doing so will let us keep our focus on our larger game modes. For more information on this, please check out the /dev post we did about modes!

Players who achieved ranks through Twisted Treeline games will still get those end of season rewards when the season officially ends on November 19 12:00AM PT. But as stated previously, there will not be a Twisted Treeline specific chroma this year.

That being said, we want to specially commemorate those of you who've been long-term fans of Vilemaw and celebrate all the games you've played in League's venerable 3v3 mode! 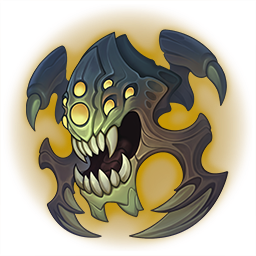