The Tutorial is a type of game in which the player is guided to learn the basis and more complex concepts of the League of Legends gameplay. The player is set with bots as allies and enemies instead of other players.

150. The reward for finishing all three is a capsule containing

Try out a few champions and destroy enemy towers.

This tutorial starts off in a modified, more narrow, Summoner's Rift map, where you can only stay in the middle lane.

You start the tutorial as

At the beginning, you start near an allied turret that is under attack by 3 caster minions and a siege minion.

Once you've killed them, you can start moving towards the middle of the map, where you will face an enemy

Sion is killed, you have to choose another champion to play, you can select one of the following by clicking on the champion's "bubble":

Darius. All the champions you play are level 13. You can freely exchange champions as many times as you want to. You can also switch back to

Miss Fortune if you want to. When you destroy the first enemy turret you cannot select another champion for the rest of the game.

After that, you have to start pushing foward, and destroy the enemy turrets. But while you do so, you will face the following enemies (played by AI bots), in this order:

The enemy bots will regularly respawn and try to slow your progression.

Once you've destroyed the first enemy turret, the game will pause, and 4 allied champions (played by AI bots) will spawn around your champion. The 4 champions are the other champions you could choose to play before:

Darius. They will stay near your champion and attack enemy champions, turrets and minions when nearby.

The tutorial is done when you destroy the enemy nexus. Beside the

150, the game allows you to pick a free champion as addition rewards. This champion is one of the five champions in the game. Unlocking a champion this way also gives the player an icon based on the champion picked.

Level up your champion and do more damage.

In this tutorial, you have a team that has:

The enemy team is made up of:

The player will learn to level up abilities, moving to lanes and leveling up.

Buy items from the store to make your champion even stronger.

In this tutorial, you have a team that has:

The enemy team is made up of:

The player will learn to gain

gold by farming minions and monster, and killing champions. The player also learn about items.

You are guided through the most basic elements of League of Legends.

Ashe was pre-selected as your Champion, in a one-lane map, with

Ghost as your summoner spells. You face

Trundle. An ally is also in the map,

Nunu but he only demonstrates that you can't face a turret without any team minions. There is only one turret present on the map instead of the normal four. You finish the tutorial when the Nexus is destroyed. The only purchaseable item in the tutorial is

Thornmail and the only ability that can be used is

In the tutorial, you cannot die. If you start getting attacked a lot, the level starts reducing the amount of damage you take until it gets to 0.

Sometime around December 2010, the loading screen was changed. This most likely happened when the Battle Training came out. Proving Grounds was later replaced by the Howling Abyss and Master Yi was replaced by Trundle as well. This tutorial teaches the very basics of the game, such as

In November 2010, it was announced that Riot had been working on a new comprehensive tutorial. This tutorial would explain the elements of the game in a much more in-depth way, allowing the player to learn while they play. It sets a series of simple quests on Summoner's Rift for the player to complete, from buying items to killing neutral camps.[1]

On this tutorial, the player is taken through various steps of the champion selecting process, which the player may choose from two champions:

Ryze used to be selectable too). The player is then placed with 4 bots in the blue team (these bots are always the same:

Sivir go bot), while the enemy bots are

Master Yi. Throughout the tutorial, the player learns concepts such as:

Additionally, the player is given quests which are unique to the Battle Training and are not seen in normal games. These quests include clearing monster camps, killing minions, destroying all turrets in a lane, and destroying inhibitors. The player earns additional gold from completing these quests.

In the Battle Training, turrets have lower health than in normal games. The outer turrets have the same amount of health as turrets in a typical game, but the deeper one goes into enemy territory, the progressively lower turret health becomes, down to 525 on the nexus turrets. The health totals of the inhibitors and the nexus are unchanged.

If you lose the Battle Training, the game will end, but there will be no Continue Button, making it impossible to close the game by internal means. 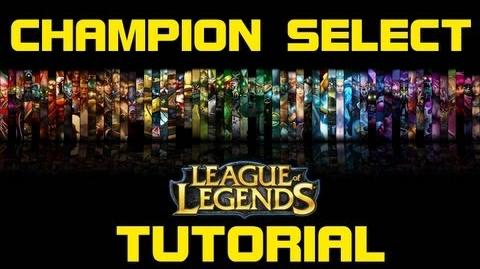 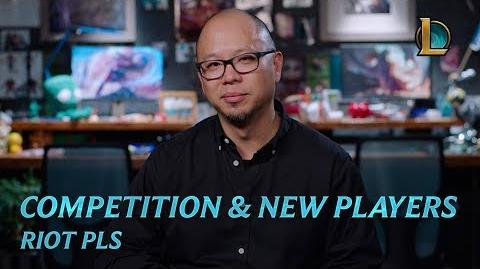