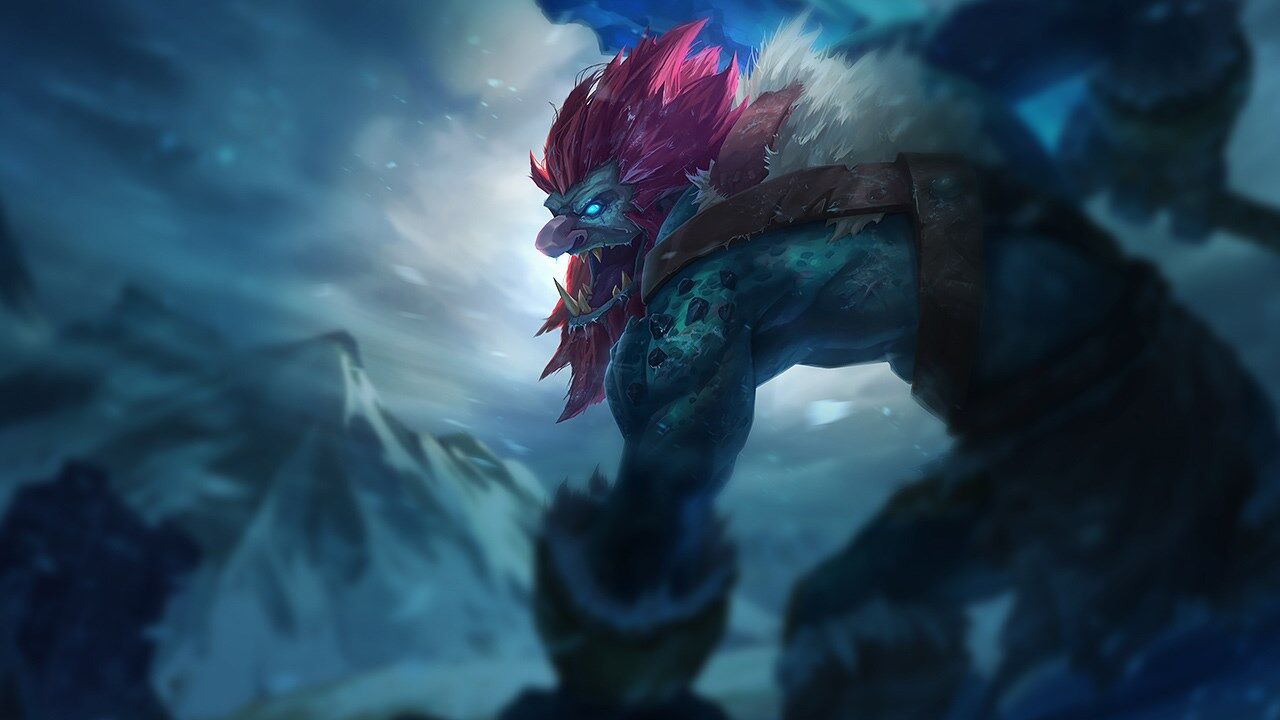 Trundle is a champion in League of Legends.[1]

Innate: Whenever a nearby enemy dies, Trundle

Active: Trundle's next basic attack within 7 seconds has an

Active: Trundle coats the target location in ice for 8 seconds. While he is within the area, he gains

healing from all sources.

Frozen Domain will cast at max range if cast beyond that.

Active: Trundle creates a pillar of ice at the target location for 6 seconds,

knocking back all units directly over it to a location 225 units from its center on-cast, and acting as impassable terrain for the duration while

slowing all nearby enemies.

Active: Trundle starts draining the life force out of the target enemy

magic resistance, and increasing in size by 18% as well as reducing the target's size by 9.9%.
Half of the total damage and stealing are applied instantly, and the other half, as well as the size modifiers, are applied over the next 4 seconds, even if the target has

The armor and magic resistance will remain stolen for 4 seconds after the drain has ended. 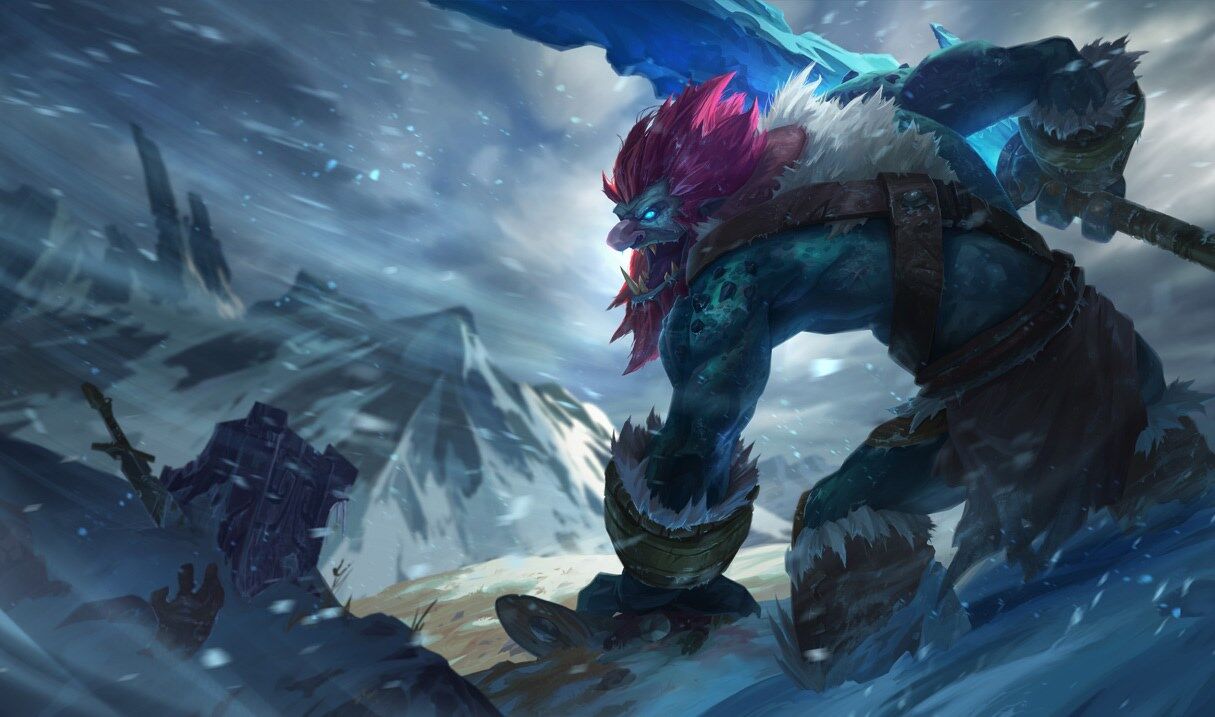 880
01.12.2010
Trundle is a hulking and devious troll with a particularly vicious streak, and there is nothing he cannot bludgeon into submission—not even the Freljord itself. Fiercely territorial, he chases down anyone foolish enough to enter his domain. Then, his massive club of True Ice at the ready, he chills his enemies to the bone and impales them with jagged, frozen pillars, laughing as they bleed out onto the tundra. 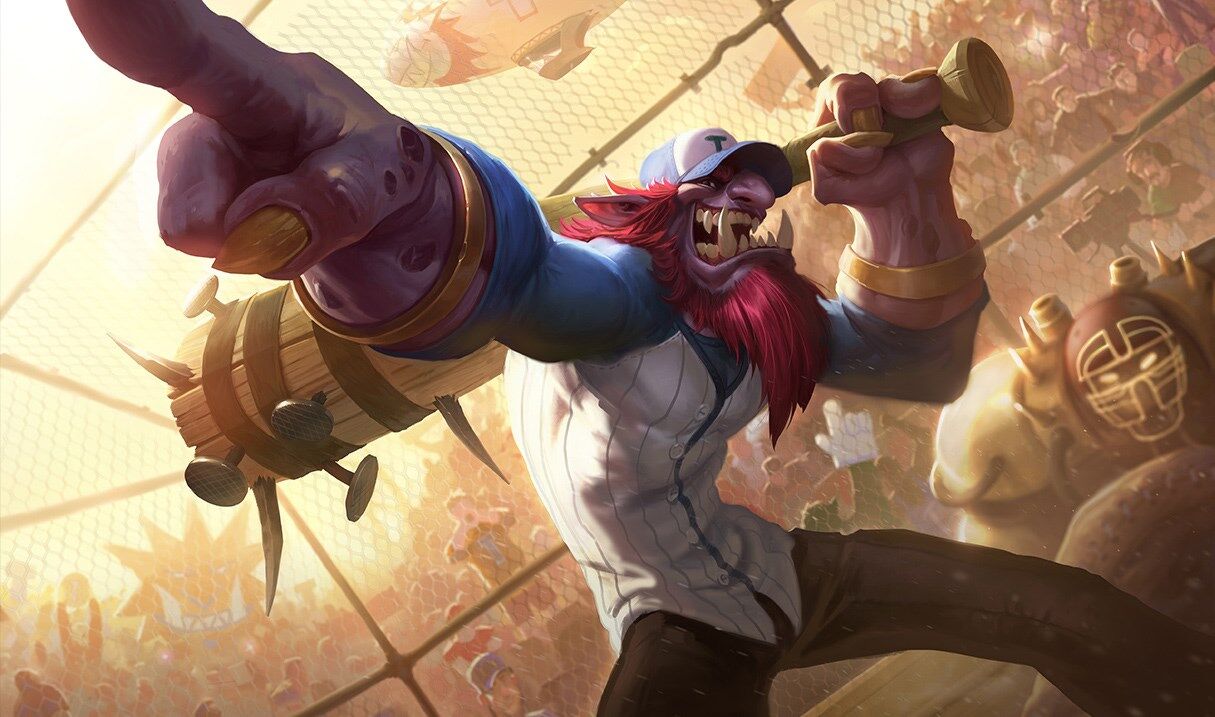 520
01.12.2010
Unable to let go of being rejected from the major and minor leagues, Trundle has joined a little league team after saying he was thirteen years old on an admission form. Trundle is an eleven-foot-tall ice troll who enjoys allying with evil wizards and biting people to death. Practice has been… interesting. 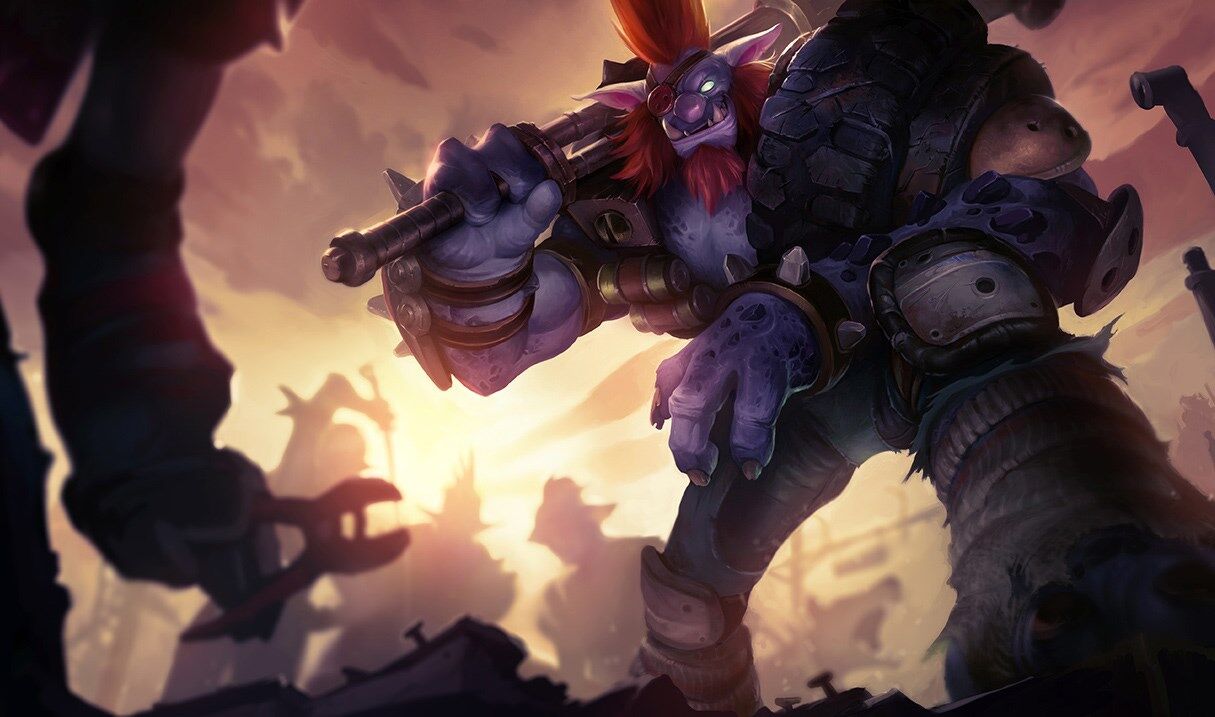 750
01.12.2010
Self-proclaimed king of the Wasteland's endless, irradiated junk heaps, Trundle saunters about his vast 'kingdom' flanked by a small army of sycophantic thugs. Any travelers discovered in his domain are subjected to painfully theatrical displays of grandeur—then beatings, then death. 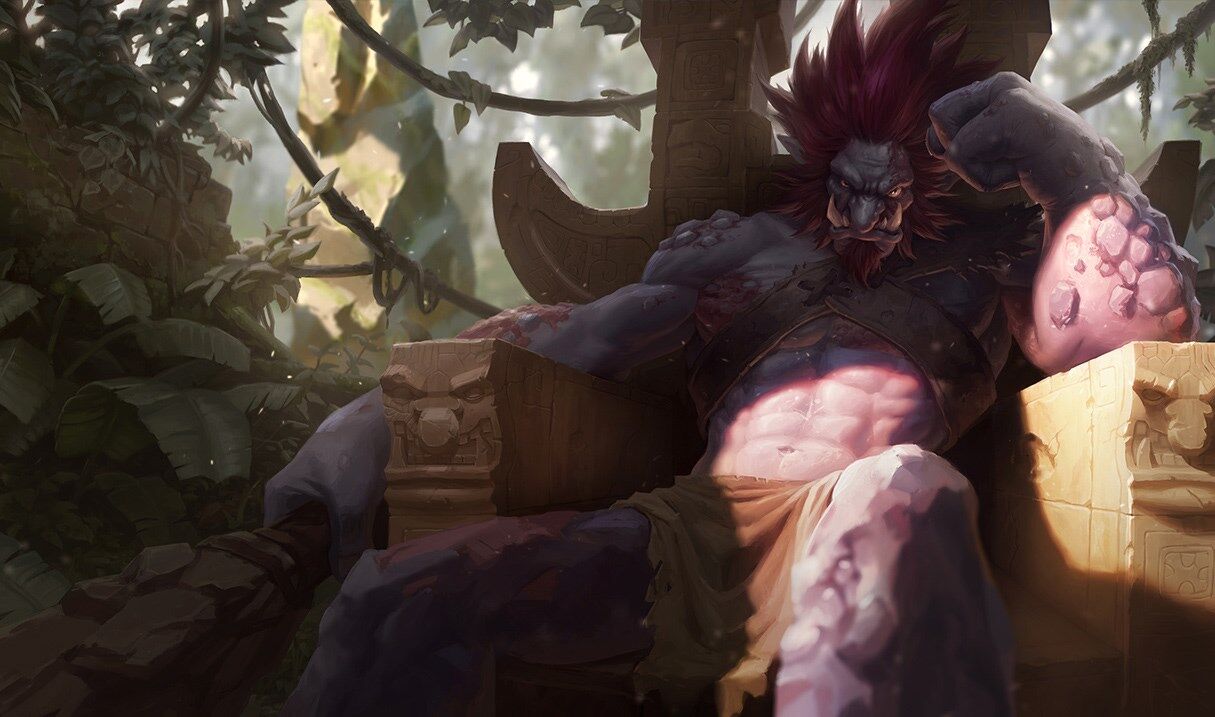 975
30.04.2013
Created to capture the original feel of Trundle, one of our first fully reworked champions. 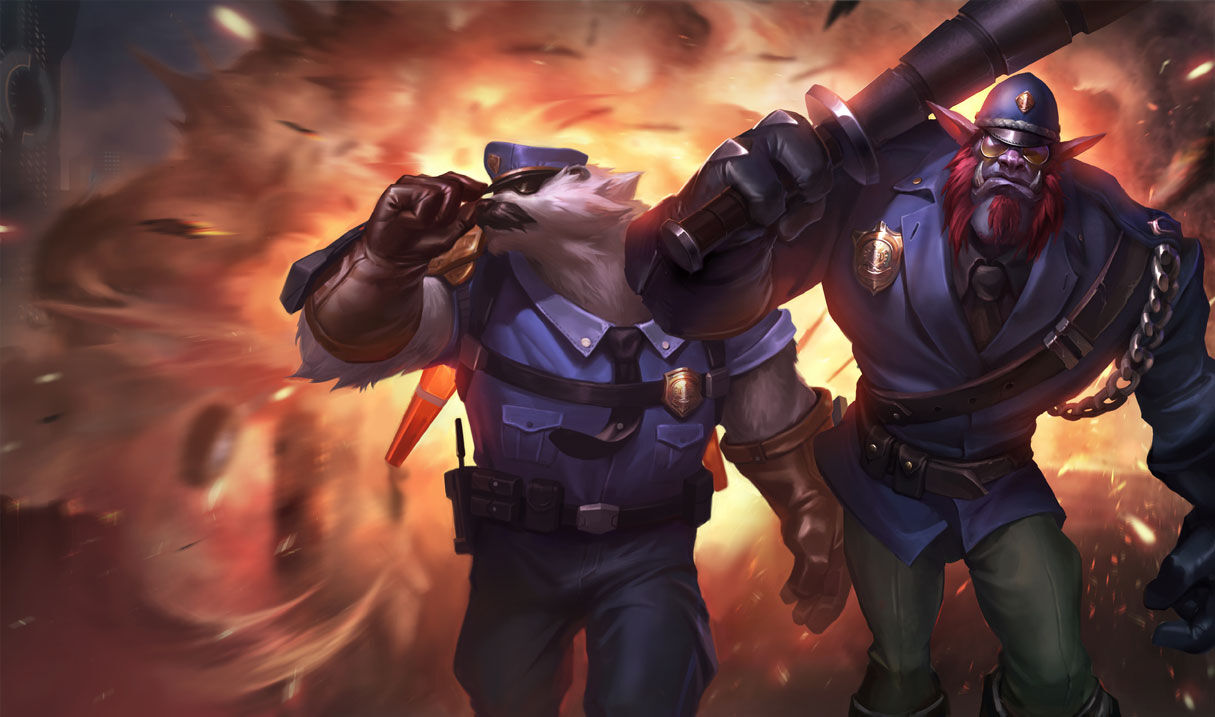 750
28.11.2014
Constable Trundle's definition of keeping the peace translates to barking insults at jaywalkers, haphazardly placing cones in the street, and perhaps worst of all, plundering doughnuts from all the local bakeries. Needless to say, this behavior results in some very stern browbeatings from Piltover Yard. 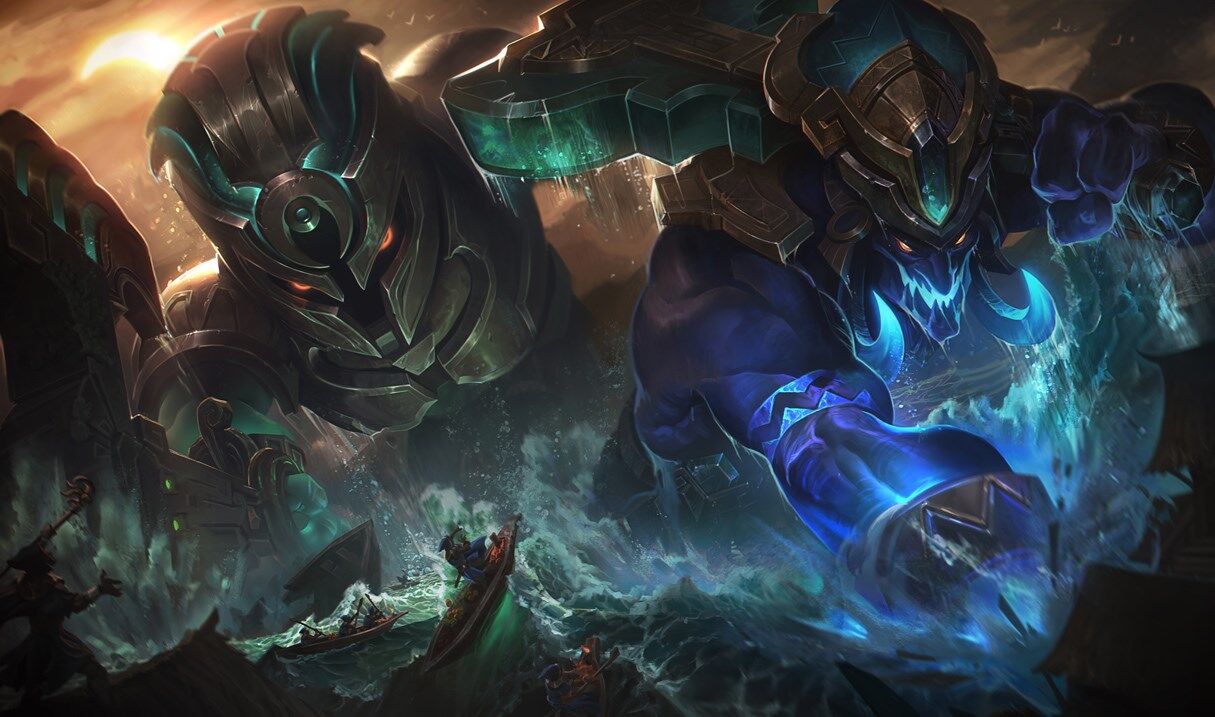 750
10.11.2016
The second of four titans prophesied to shatter the world, it has been foretold that Trundle will appear when the moon smothers the sun. In that darkness, he will rise in the north, blanketing all of creation with frost until the land is cold and silent. 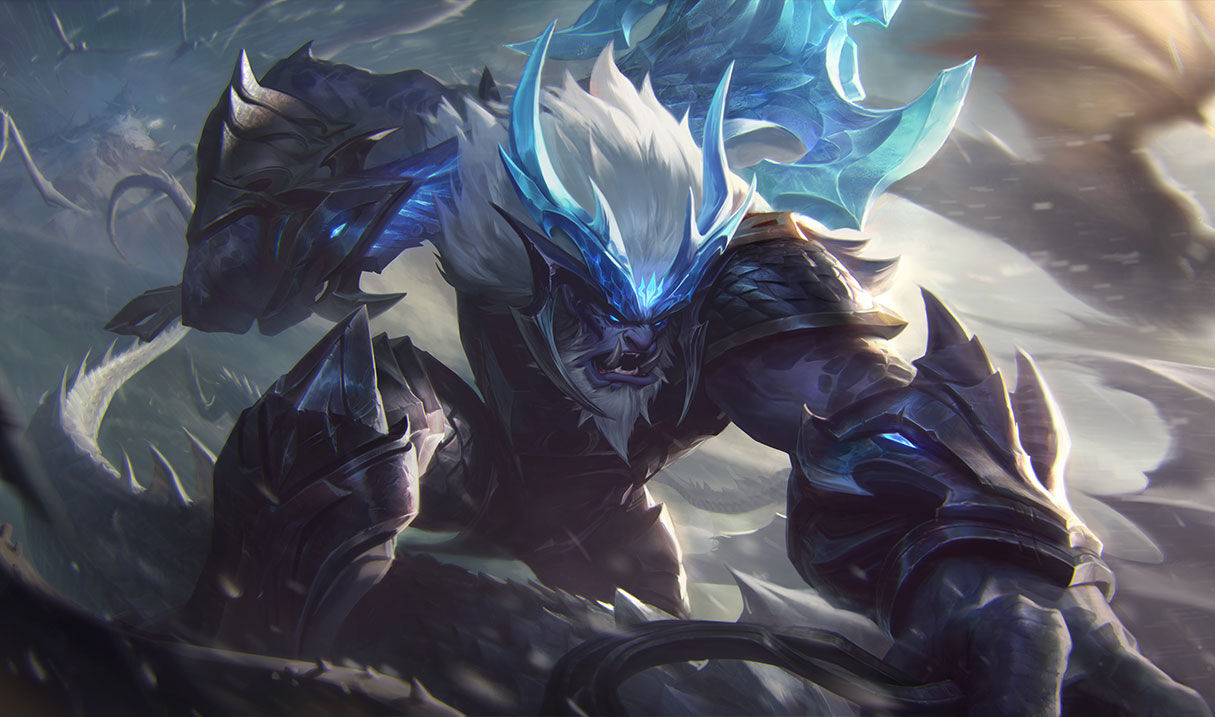 1350
30.01.2020
The king of a clan of giant trolls, Trundle is a revered dragonslayer. Blessed with the ability to command the raw power of mountain ice, he defends his realm from death and destruction. Over the ages, surviving trolls have looked up to him as their fearsome leader in this world torn asunder by dragon fire. 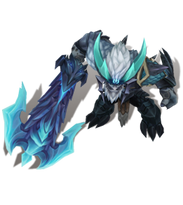