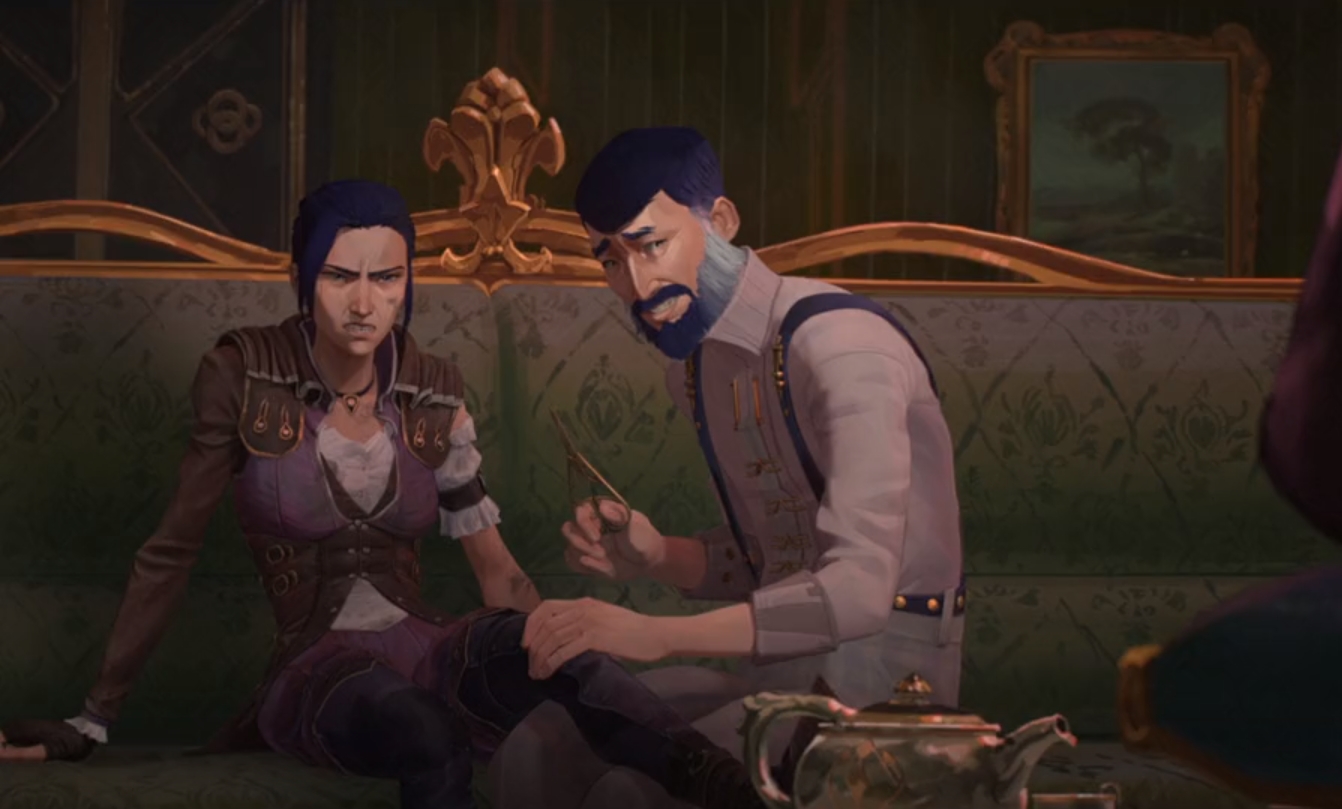 Tobias Kiramman is a member of the Kiramman Clan of

Piltover. He is also the husband of

Cassandra Kiramman and the father of

Not much is known about Tobias's life in Piltover. He would eventually marry

Cassandra and have a daughter,

At one point, he and his wife saw talent and ambition in young

Jayce Talis and decided to support his education and research at the Academy as his patrons. They granted him access to their building in the Academy district to serve as his workshop.[2]

Although Tobias did not receive much character development during the first season of the series, he appears to be a caring father who is not as strict as Cassandra.