Unique – Thorns: When struck by a basic attack on-hit, deal 10 (+ 10% bonus armor) magic damage to the attacker and, if they are a champion, inflict them with 40%

Thornmail is a legendary item in 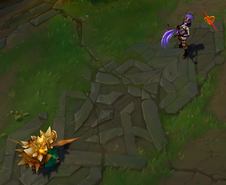 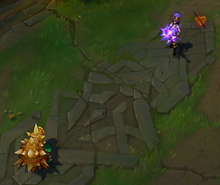