League of Legends Wiki
Register
Don't have an account?
Sign In
in: Lore of Demacia, Short Story, Shyvana lore 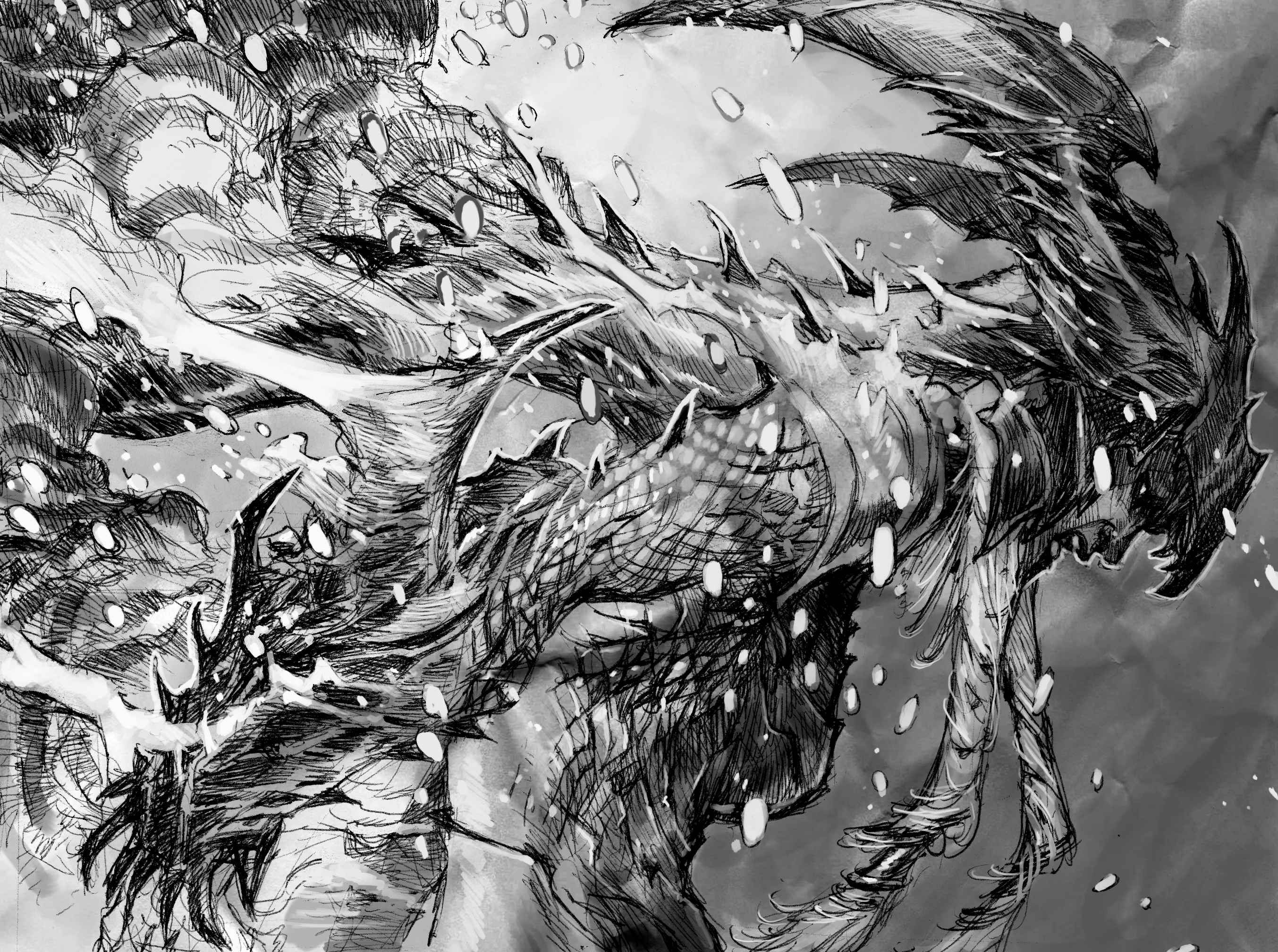 The duty of a Demacian. The savagery of a dragon. Her enemies don't stand a chance.

The gated watchtower was empty.

Shyvana knew its stern, gray-bearded guard, Thomme, would have cut off his own hand before abandoning his post. She had scented human blood while patrolling the northern hills of Demacia and followed its trail to this tower.

Inside, the smell was all but overpowering, though no bloodstains were visible. As a soldier of Demacia, Shyvana remained in her humanoid form most of the time in order to conceal her true nature, though her dragonic instincts remained sharply intact. She chewed her tongue to distract herself from her growing hunger at the scent. Shyvana climbed to the top of the tower where she could better survey the surroundings, and fixed her gaze on the thick, tangled trees where leaves rustled near the edge of a clearing.

Shyvana leapt from the window of the watchtower and landed on her feet, five stories below. She detected a hint of blood on the wind, and sprinted west into the forest, dodging branches as she pursued the scent. At the edge of the clearing, a large feline beast with golden fur feasted on Thomme's mangled body. Atop the creature's shoulders were black feathered wings, and its forked serpentine tail twitched as if independent of its owner.

The smell of fresh blood was intoxicating, but Shyvana forced herself to focus on the hunt. She had joined Demacia to be part of something greater, not to surrender to her animalistic desires.

She crept toward the beast and felt dragonfyre warming in her hands as she readied to strike. But before she could attack, the creature turned from its kill. Its face was hairless and wrinkled, like an old man. It smiled at Shyvana through bloodied fangs.

Shyvana had heard stories of the vellox's ferocity, its appetite for human flesh, and its slick agility. But nothing had prepared her for the creature's eerily human face; its unblinking eyes held her gaze as it slinked into the brush and disappeared. Shyvana's heart raced as she sprinted to catch and kill the beast. The vellox's fur mingled with the dappled sunlight, camouflaging its torso as it leapt over fallen bramblewoods and raging rivers. It could not disguise the blood on its breath, however, and Shyvana followed the scent.

A fallen boulder blocked the path ahead. The vellox's claws scraped the rock as it leapt and disappeared over it. Shyvana dug her heels in at the top of the crag to halt her momentum - the rock marked the edge of a wide crevasse, plummeting in a steep vertical drop.

Across the gap, the forest continued indefinitely, and the vellox was already deep into the thicket. Shyvana sighed: there was only one way to cross the ravine, and she had not wanted to resort to it.

She checked to ensure no one was watching, inhaled as much air as would fill her lungs and felt her breath burn within her chest. Even across the width of the ravine, she could smell Thomme on the vellox's fangs. She embraced her hunger until it powered the furnace-heat beneath her skin. With an exhalation of streaming flame, Shyvana burst into her enormous

draconic form and roared. The ravine shook as it echoed back her mighty call. She spread her thick, velvety wings, and swept across the ravine into the forest ahead.

She no longer had to duck between trees. Instead, she barreled through their branches, tearing down anything in her path. She leaned into her wings and the forest blurred into a whirl of brown and green. Woodbears, silver elk, and other woodland creatures scrambled to evade her path, and Shyvana relished the power she felt at their fear. She breathed a flaming torrent of fire, burning a thick grove to smoldering ash.

She spotted a trace of gold fur ahead and leapt onto the vellox's back. Its teeth raked her flanks but she barely noticed the pain.

"I know you", the vellox snarled, fighting to break free. "They call you the Chained One."

The golden beast leapt, slashing taloned paws and grazing her throat with its teeth. Shyvana sank her claws into its back and savored the sensation of tearing flesh.

"Why do you hunt me?" the vellox asked. "We are not enemies."

"You killed a soldier of the Demacian army", Shyvana said. "Thomme."

The vellox drew blood from her neck, but she exhaled plumes of fire and it spun away to avoid the flames.

"Was he your friend?"

"And yet you attempt to avenge his death. I fear the rumors are true. You are merely a tamed pet."

"Truly?" the vellox smiled through its stained teeth. "You have no thirst for human blood?"

"I see the hunger in your eyes", it said. "The taste for living meat. You need the hunt as much as I. After all, where's the fun in a meal without a good chase?"

"Which brings us to my intent", she said.

Shyvana dashed forward. In one quick motion, she pinned the vellox's body to the mulched forest floor and gorged on its throat. The vellox spit scorching venom and clawed at her chest, scraping scales from her skin. Shyvana's eyes burned from his poison and her wounds stung, but she held fast.

The vellox's once-glossy fur was now sticky and matted with blood. Its watery human eyes stared up at Shyvana in horror as its life dripped away.

Though her hunger was unrelenting, Shyvana stopped herself before she devoured his flesh. She exhaled, releasing the dragonfyre from her chest and shuddered as she transformed back into a human. She was disturbed at how much she had enjoyed the kill. Shaking, she lifted the vellox's body and dragged him back to the crevasse. There he would lie, proof of her inhuman hunger, hidden in the darkness beneath the rock.