League of Legends Wiki
Register
Don't have an account?
Sign In
Advertisement
in: Lore of Runeterra, Short Story, Nocturne lore 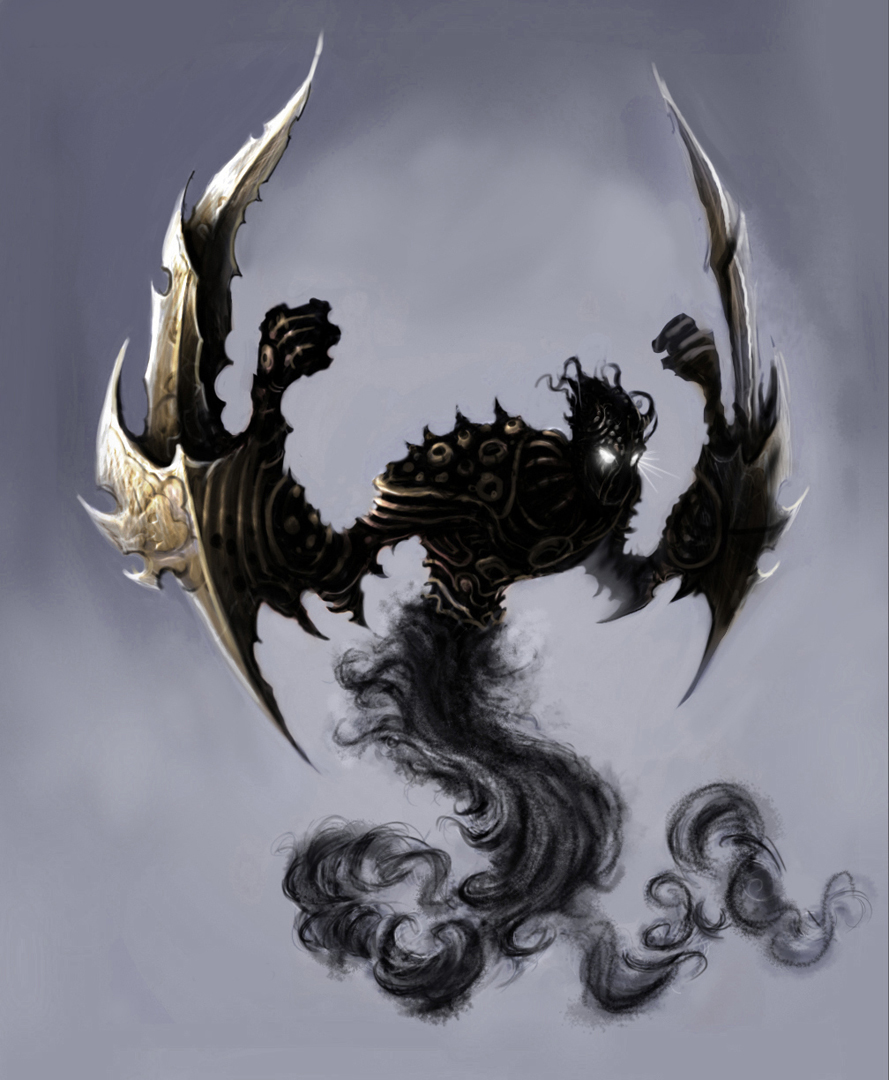 “Now now, Abel,” Celwyn said, setting the storybook down on a table and drawing the blanket snug around his son’s shoulders. “That’s two stories already. Now it’s time for sleep.”

“But,” whispered the boy, pulling the covers up beneath his eyes, “what if the monsters get me?”

Celwyn smiled. He half chided himself for telling his son the tales, a collection of old Valoran fables replete with courageous heroes triumphing over evil sorcerers and monstrous beasts. They were from a storybook Celwyn’s own father had read to him when he was young—though maybe not as young as Abel.

The last story he had read, The Shadow Door, had been Celwyn’s favorite as a child, where a young squire wins the day against a foul king seeking to cloak the whole world in shadow. It had scared him silly, Celwyn remembered fondly. Perhaps he should have waited a little longer before reading it to his own son.

“That was just a story,” said Celwyn, sitting down lightly at the edge of Abel’s bed. “Even if you have a bad dream, those monsters from the story can never hurt you, alright? It’s all make-believe. They aren’t real.”

He leaned down to kiss Abel’s forehead, but the boy shrank back from him.

His chuckle died as Abel kept sinking into the bed.

A chill ran up Celwyn’s spine as his son sank lower and lower, as though a pit had opened up beneath the mattress. Abel cried out as the blanket wound tight around his body. It began to glisten, becoming slick and wet as it morphed into a red, spotted tongue.

Celwyn snapped free from the shock that had rooted him in place. He reached out for his son, struggling to get hold of Abel and pull him out.

But the tongue only wound tighter, sliding deeper down.

The edges of the bed splintered with a sharp crack. Jagged spars of wood rose, turning sharp and yellow as they calcified into fangs. The entire frame was transforming into a gigantic, hideous maw, poised to devour Celwyn’s son whole.

“Abel!” he cried, staggering as he began to retch. Coils of dark mist feathered from his nose and lips, rising to swirl above the changing bed like a gathering storm.

The maw flexed, yawning wide as it released a deafening, blood-curdling scream. It was neither the roar of a great predator nor the howl of a beast gathering its kin for the hunt. It sounded to Celwyn like a birthing cry… almost as if it were in agony.

“Papa!” Abel screamed, before he vanished from sight.

Celwyn bolted upright, gasping, drawing in great lungfuls of air as he ran his hand down a face sheened in cold sweat. His eyes flitted around, seeing nothing in his lightless room. It was the middle of the night in Piltover, and the lamps of the city streets below were barely visible through the curtains of his window.

After a few moments, his heart stopped pounding, and his thoughts began to calm. He couldn’t remember the last time he’d had a nightmare, nor could he recall one as vivid and real as this one had been.

His mind went to his son. He should get out of bed, just for a quiet moment, to check on Abel. To see if he was—

Celwyn started at the sound of the voice. His eyes had slowly adjusted to the dark, enough to only now see the small shape of his son, standing at the foot of the bed.

Celwyn frowned. “What are you doing up? Are you alright?”

“Why did you have that dream, Papa?”

“What?” Celwyn asked, any trace of sleep gone from his mind.

“Why would you do it?” Abel said again, his voice taking on a pleading edge. Celwyn could only see the silhouette of his son’s face with the curtains drawn… but he didn’t remember drawing them. “Don’t you know that’s what feeds him?”

Celwyn suddenly felt very cold. He looked up over Abel’s head, seeing the tall shadow that he cast over the wall.

A shadow that was not of his son.

Abel shivered, and his silhouette melded into the shadow on the wall. In a moment the image of the boy was gone, fading rapidly to nothing in the growing darkness. Celwyn reached out to him, and watched a thin tendril of dark mist sigh out through Abel’s lips, just as it had in his dream.

With a wet, burbling hiss, the shadow began to tear itself loose from the wall. Sheer terror seized Celwyn as he watched a

creature emerge. It was like a living shadow, roughly human in form, its body tapering down beneath the torso like the tip of a blade. The monster rippled and wavered, as though Celwyn were viewing it beneath dark waters, with a pair of cold, staring eyes boring back into him, through to his very soul.

Adrenaline flooded Celwyn, the animal response of flight surging through every fiber of his being. But try as he might, no matter how his body demanded it, his mind betrayed him. He was paralyzed, incapable of being anything more than a witness to something he had believed only existed in old fables read by fathers to their sons.

A monster. One that was real.

The creature’s jaws parted a fraction, revealing long, crooked teeth. Then it spoke to him, somehow repeating Celwyn’s panicked thoughts back to him with his own voice.

It surged closer, hovering over him. Drops of midnight fell from its form, bleeding away to nothing like ink in the ocean. The monster’s arms elongated, their ends twisting and flattening into broad, wicked blades that hooked over its claws.

Celwyn blanched, unable to look away from the nightmare creature as it bent down, bringing its horrifying visage directly level with his.

It whispered a single word to Celwyn, before it buried its blades in his heart. An answer to his questions, spoken softly with the voice of a drowning man sinking into the darkest depths.

Dawn came, ushering in the bustle and noise of the thriving merchant city. Sunlight bathed the metropolis, shining from every window, including that of Celwyn’s bedroom.

A voice came from the other side of the door, accompanied by the soft knock of a child’s tiny hand. “Papa?” The knob turned slowly, Abel cracking the door just enough for a peek. “It’s morning!”

The boy entered his father’s room, and the shadows withdrew as he opened the door wider. They slid back from the morning light, but somehow slower, more reluctantly than usual.

“Papa? Where are you?” called Abel, fear creeping into his voice as he looked around the room.

There was no sign of his father, or of anyone else in the gloom. And yet, the boy could not shake the idea that something, crowded into the darkest corner of the room, was watching him.

Abel coughed, not noticing the tiny wisp of mist that followed, before turning back toward the hall and closing the door behind him.
▲ TOP ▲