League of Legends Wiki
Register
Don't have an account?
Sign In
Advertisement
in: Lore of Zaun, Biography, Dr. Mundo lore 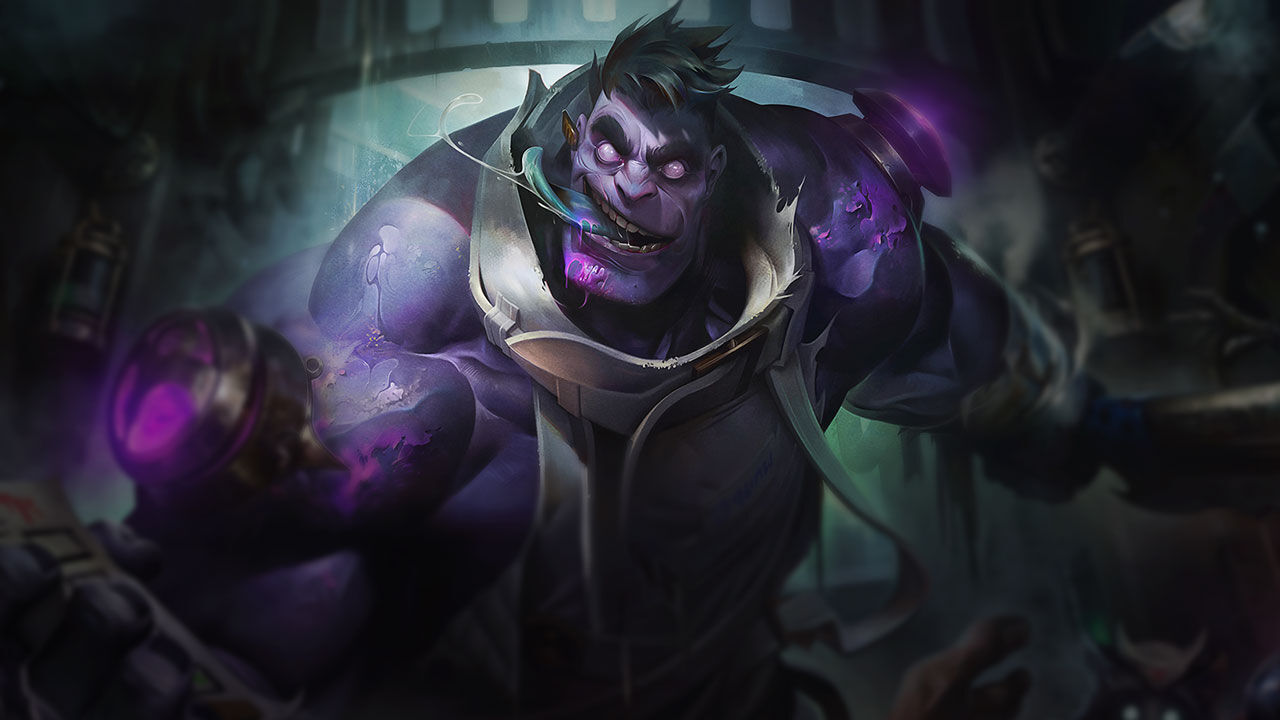 In the wards of

Zaun’s infamous asylum, a single monstrous figure roams the halls. His methods are bold, his bonesaw is sharp, and his patients are terrified. For this man is no doctor at all, except in the fancy of his own mind.

Though his true name has been lost to both time and memory, Dr. Mundo was once an enforcer for one of Zaun's most powerful chem-barons. Known for his boisterous affability, he was remarkably good-natured for a man who made his living off physical intimidation. He was always quick with a familiar nickname and a friendly clap on the back, and often blissfully unaware of the toes he was stepping on. It wasn’t long before he had stepped firmly on the toes of his boss.

Determined to make an example of his underling, the chem-baron had him committed to Osweld Asylum—a place well known for its inhumane treatment and questionable cures. The baron watched with satisfaction as his enforcer was placed in restraints and dragged away to the padded confines of the asylum’s most secure cell.

As months went by, the enforcer suffered unspeakable horrors at the hands of his supposed caregivers. Experimental treatments were rendered without concern for the patient's well-being. Nerves were prodded, lobes were severed, and unproved medicines were administered in large quantities. The enforcer began to change, his large frame gaining more muscle by the day. His brain, however, suffered a far worse fate. As he lost all memory of his past life, the enforcer struggled to make sense of the cruel world around him. He looked down at his old restraining jacket—it almost resembled the white coats of the medical professionals that surrounded him.

Misreading the words on his own uniform, he began to assume a new name and new profession for himself.

I must be a doctor, too. Why else would I be in this wretched asylum? he reasoned. And all these other people... must be my patients.

At last, the day came when the chem-baron arrived to discharge his enforcer from the asylum. To his surprise, there was no one to greet him in the lobby. The halls were empty and dead silent, save for the faint, incoherent babbling of a deranged patient in a room at the end of the hallway.

The baron entered the room to a horrifying sight: Scattered across the floor were countless bodies—staff and patients alike, dismembered beyond recognition. Standing above them, a hulking, purple monstrosity blathered unintelligibly as a large blue tongue lolled out the side of its gaping mouth. Muscles bulged grotesquely beneath its undersized garments, and its fist tightened around the handle of a surgical saw. The baron turned pale as his gaze found the face of the monster—and recognized it as his old enforcer.

The enforcer, who recalled nothing of his old boss, saw only another patient in desperate need of treatment. The purple thing lumbered toward the chem-baron, wagging his bonesaw in anticipation. The baron drew his chem-tech pistol and fired. The shot tore through the looming mass in front of him, staggering the monster...

But only for a brief moment.

The hole in the creature's flesh quickly closed as new slabs of muscle rapidly regrew over the wound. The monster paused, eyed the baron quizzically, and uttered, “You sick. Need help!”

Mimicking what he had seen performed countless times by the asylum's former practitioners, the enforcer threw the man on a nearby gurney, strapped his arms into the restraints, and prepared his instruments for surgery. The chem-baron turned pale as he realized the grim fate that awaited him.

The ensuing surgery—like so many before and after it—was not successful. The burgeoning doctor added the remains of his latest patient to the pile on the floor. Though he was saddened he could not save them, he knew he had done all he could. Besides, he would have other chances. Zaun was full of sick people just waiting to be cured. With a smile returning to his face, he left the hospital and set out into the streets to find more patients.