League of Legends Wiki
Register
Don't have an account?
Sign In
Advertisement
in: Lore of Shurima, Lore of Targon, Lore of Void,
and 10 more
English 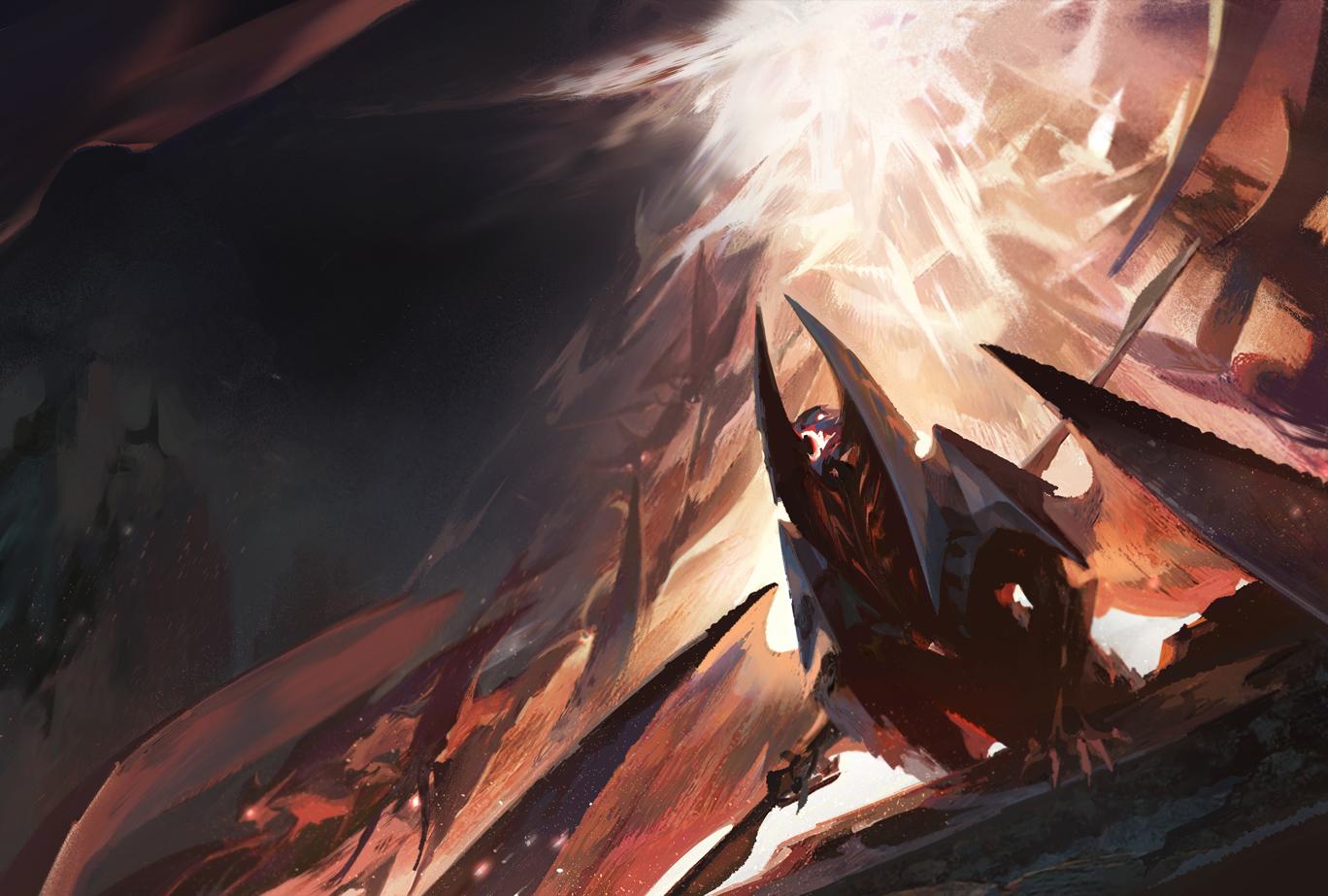 The darkin are thrice-cursed—once by the ancient enemy they faced, again by the fall of their glorious empire, and finally by the betrayal that has damned them for all eternity.

When the rebels of Icathia foolishly unleashed the Void in battle, Shurima’s defense was led, as ever, by the legendary Ascended. Imbued with the power of the Sun Disc, these “god-warriors” towered over mortal soldiers, wielding magic and blade with equal ease, and eventually they were victorious. Even so, the horrors of the war took a heavy toll, and those who lived to remember it were perhaps never quite as they once were.

Centuries later, with the loss of mighty

Azir at the very moment of his own Ascension, Shurima fell. Although apparently immortal, the god-warriors had been born human—gradually, with no emperor to lead them, many of the surviving Ascended began to falter in purpose as their older, petty ambitions resurfaced. They taught themselves forbidden sorceries, and came to view themselves as the rightful inheritors of the world. The scattered mortal populace named these new tyrants darkin, a whispered curse translating roughly in the old tongue as “the fallen.”

But even the darkin could not escape the sickness of soul that had come from fighting against the Void for so long. After centuries of uneasy alliance, they inevitably turned against one another—and so began the Great Darkin War.

This conflict spread from Shurima to Valoran, and beyond. The renegade god-warriors and the armies they raised were unstoppable, and entire nations were crushed between them. It seemed as though this would be the end of all things… until,

unexpectedly, the mages of Runeterra learned how to contain the remaining darkin. Through secrecy and cunning artifice, the physical forms of the Ascended could be merged with the celestial power in their hearts, and all of it bound within the weapons they bore. With their leaders imprisoned forever, the rampaging hordes were broken and slain.

These darkin weapons were hidden, many of them carefully guarded by the mortal civilizations that grew in the aftermath—for it was clear that such power could be locked away, but never destroyed.

And, should such power fall into the wrong hands, the darkin will surely rise once more.