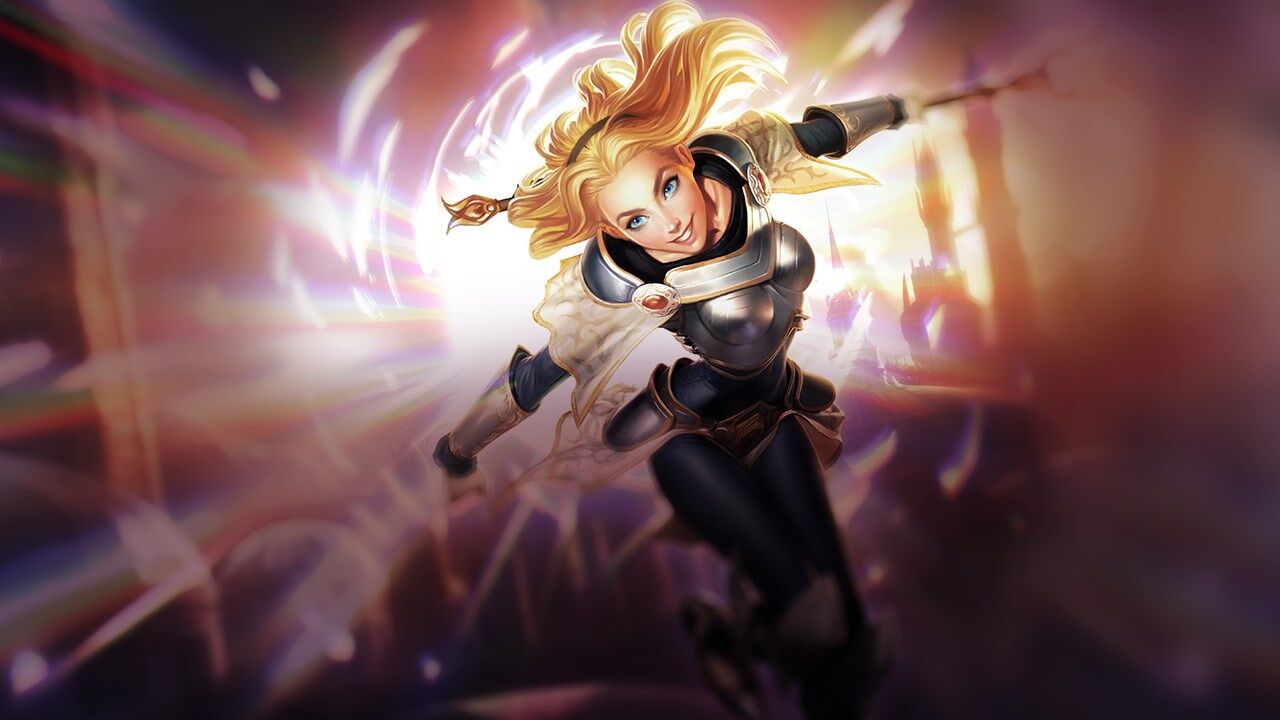 Luxanna—or Lux, as she prefers to be called—grew up in the Demacian city of High Silvermere, along with her older brother

Garen. They were born to the prestigious

Crownguard family, which had served for generations as protectors of the kings of

Demacia. Their grandfather saved the king's life at the Battle of Storm's Fang, and their aunt Tianna was named commander of the elite

Garen took to his family's role with fervor, joining the military when he was still little more than a boy. Lux, in his absence, was expected to help run the family's many estates—a task she resented, even as a young child. She wanted to explore the world, to see what lay beyond the walls and borders of Demacia. She idolized Garen, but railed against his insistence that she put her own ambitions aside.

To the endless frustration of Lux's tutors, who sought to prepare her for a life of dutiful service to the Crownguard family, she would question their every teaching, examine differing perspectives, and seek out knowledge far beyond what they were prepared for. Even so, few could find it in themselves to stay angry at Lux, with her zest for life and intoxicating optimism.

Little did any of them know a time of change was approaching. Magic had once brought

Runeterra to the brink of annihilation, and Demacia had been founded as a place where such powers were forbidden. Many of the kingdom's folktales told of pure hearts turned dark by the lure of magic. Indeed, Lux and Garen's uncle had been slain by a rogue mage some years earlier.

And there were fearful whispers, rumors from beyond the great mountains, that magic was rising once more in the world...

Riding home one fateful night, Lux and her horse were attacked by a ravenous sabrewulf pack. In a moment of fear and desperation, the young girl let loose a torrent of magical light from deep within her, routing the beasts but leaving her shivering in fear. Magic, the terror of Demacian myths, was as much a part of Lux as her Crownguard lineage.

Fear and doubt gnawed at her. Would she become evil? Was she an abomination, to be imprisoned or exiled? At the very least, if her powers were discovered, it would see the Crownguard name disgraced forever.

With Garen spending more time away from High Silvermere, Lux found herself alone in the halls of their family home. Still, over time, she became more familiar with her magic, and her sleepless nights—fists clenched, willing her inner light to fade—became fewer and fewer. She began experimenting in secret, playing with sunbeams in the courtyards, bending them into solid form, and even creating tiny, glowing figures in her palm. She resolved to keep it a secret, as much as she could.

When she was sixteen, Lux traveled with her parents Pieter and Augatha to their formal residence in the Great City of Demacia, to witness Garen's investiture into the honored ranks of the Dauntless Vanguard.

The city dazzled Lux. It was a monument to the noble ideals of the kingdom, with every citizen protected and cared for; and it was there that Lux learned of the Illuminators, a charitable religious order working to help the sick and the poor. Between her family's courtly engagements, she became close with a knight of the order named Kahina, who also taught Lux more martial skills, sparring and training with her in the gardens of the Crownguard manor.

Spending more time in the capital, Lux has finally begun to learn about the wider world—its diversity, and its history. She now understands that the Demacian way of life is not the only way, and with clear eyes she can see her love for her homeland standing alongside her desire to see it made more just... and perhaps a little more accepting of mages like her.