League of Legends Wiki
Register
Don't have an account?
Sign In
Advertisement
in: Lore of Piltover, Lore of Zaun, Lore of Runeterra,
and 3 more
English 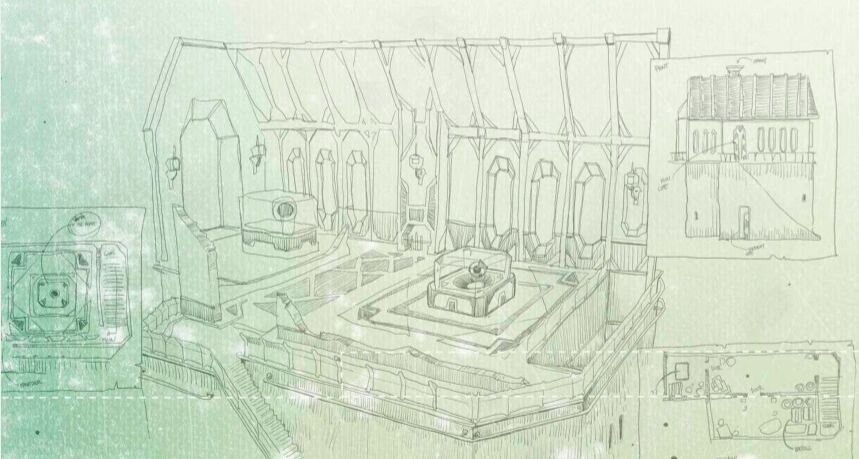 It was on the eve of Jubilee, when all the undercity was awash in preperation, that Nikola's luck finally ran out.

Nikola, a thief from

Zaun, plans his job on the morning of Jubilee. He had carefully picked his target, which doesn’t have the marks of a chem-baron. However, he notices that he made a mistake as soon as he entered: The warehouse belongs to the Silverhanded, even though it was not visible from the outside. He is knocked out and brought to the uprising gang-leader by the thugs that captured him.

He awakes in the apartment of Karvyq the Silverhanded. The chem-baron tells him he couldn’t know who he was stealing from, and that he actually made it further than most. That is an indicator of his skill and Karvyq needs someone with his skill. He offers Nikola a choice: One job in

Piltover or a fast one-way trip down into the Sump. Terrified, Nikola accepts. The job is to steal the ashes of a recently passed member of Clan Tariost. It is well-known that the Silverhanded hates this specific clan, but not why he does. Finally, he explains that Nikola will have to die for a while.

When Nikola wakes the second time, he finds himself in a mortuary up in Piltover. The surgeon of the Silverhanded replaced his heart with a chemtech heart, and a note he finds attached to himself states that he has until twelve bells to return or his heart will stop beating. There are also tattoos of maps and hints on his body, to help him with the job. Nikola starts looking around the mortuary chamber, thinking this might be easy, but realizes that nobles are certainly kept elsewhere. In a chest in the room he finds clothes fitting for a young noble to disguise himself, and follows the maps on his body to find the crematorium.

He is confronted by a supervisor who says he isn’t supposed to be in there, and he distracts her by playing a distressed, helpless boy that just lost his papa. She leads him out of the chamber into a corridor where they sit on a bench and she comforts the presumed orphan. Then the woman leaves to get him water, and he escapes in the other direction. As he is walking through the mortuary building, he hears the tolling of seven bells. Without further incidents, he arrives at the crematorium which is guarded by Tariost guards in blue and golden armor. Nikola can not use that entrance, so he decides he has to improvise.

It turns out that the next door beside the crematorium is a storeroom. The thief scans the rows of shelves to find something that could help him with this task, and comes across the urns used to store the ashes. He could replace the ashes of the noble with an empty urn, so he takes one. He also takes a vial of combustible which could be used to create a diversion or allow an escape. It seems Nikola is lucky, because his maps show the storeroom is connected to the crematorium with a ventilation shaft. He crawls through the vent and watches the cremation ceremony from above.

The deceased noble in question is a lady called Aurelie, in her middling years, but Nikola recognizes her as beautiful even from his distance. When all the attending members of Clan Tariost said their last words and the body is brought into the furnace, Nikola drops out of the vent and hides. He sees one of them cast a powder into the flames, turning them into a brilliant sapphire blue. He also notices the hextech box they use instead of a regular clay urn, his plan to silently replace it now shattered. Eight bells toll and Nikola decides he has to act. He pours the fuel gel into the urn he stole, and, once the sobbing of one mourner creates a diversion for him, throws it into the furnace. It explodes as he hoped, throwing the closest people to the ground and creating chaos. The guards from outside run in, and he escapes out on the corridor in the confusion. He runs out of the building and sees the evening sun for the first time in his life, which is so stunningly beautiful and bright that they catch him.

When Nikola awakes the third time this day (at this point he even thinks to himself that it’s getting ridiculous), he is in a luxurious carriage with leather seats and a fireplace. Across from him sits an immaculately dressed man who introduces himself as Beredai, Grand Consignor of Clan Tariost. Threatening torture at their arrival, he queries about the employer of the thief, but Nikola is unwilling to reveal it. The advanced chemtech heart in his chest however gives it away, and Beredai deduces it must be the Silverhanded. To escape, he throws the rest of the fuel into the fireplace, halting the carriage, and runs across the street. In the celebrations of Jubilee, he loses the rest of the guards that followed him. Formulating the plan to make it to the Rising Howl, he stops at a fountain to catch his breath and orientate himself. Atop the statue sits a heavily augmented woman in flexible, blue-and-gold armor - an angel of knives. She says he has something that belongs to her clan, and Nikola simply runs.

He frantically tries to shake off the Intelligencer of Tariost, but can not lose her. She can vault atop streetlamps and hang from walls, never losing sight of him. The clock strikes nine, and he passes through the Promenade and Entresol levels with his knife-angel still close behind him. As they are getting closer to the Rising Howl, Nikola notes that this part is already more Zaun, not as orderly as Piltover. The air is also different, and his lethal follower seems to have trouble breathing, while Nikola spent his entire life down here. He arrives at the Rising Howl at the tenth bell but barely misses the ride. The attendants inside already closed the door for this ride down, and so his pursuer catches up to him. Nikola is out of options and has to jump down. He ruggedly lands on top of the elevator and sees the Tariost agent above him. Both know she can not follow him, but she still makes it clear she will find him. Relieved, he departs from the Rising Howl cabin by jumping into a tunnel he knows, and makes his way to the Sump.

Eleven bells ring down in the Sump; Nikola is on his way to the lair of the Silverhanded. He is so distracted that he runs into a gang of zaunites his age - they’re armed and outnumber him. Due to his expensive clothes and the box of glowing Hextech he holds, they want to rob him and kill him or demand a ransom. Bakkens, the augmented brute which brought Nikola to Karvyq this morning, saves him and tells the thief to run along since he is almost out of time.

He makes it back to Karvyq just in time - but he isn’t let in until after the twelfth bell. The chem-baron jokes a bit and claims his clocks are running late. He shows Nikola the kill-switch for his heart and says he fully expected to use it, but gladly gives it up. Nikola immediately destroys it, and Karvyq tells him to enjoy the free new heart. Now that the job is complete, the young man feels unsure about what he did, and guilty. The Silverhanded has the hextech key that opens the box, and he admits he stole it. Just like Aurelie stole his heart, and just like he stole it from Nikola, he jokes. He then reveals he is tattooed almost everywhere, except for his chest. This is where his surgeon applies the ashes of Aurelie, mixed into the ink.

On the Jubilee twenty-five years ago, he and Aurelie fell in love, but they were not allowed to be together. They had escaped and spent a few precious days together before the clan had finally located Aurelie and brought her back. He couldn’t let her go, so they had taken his hands too. The last words she had given him were a promise: Their hearts would always be together. Today, on the following Jubilee, he can keep this promise thanks to Nikola. Nikola listens to Karvyq telling the story while the recreation of a human heart unfolds over his own.

As the fireworks of Jubilee illuminate Zaun, Nikola leaves the Silverhanded. He plans to lay down for a while, spend some time in the Entresol level. He doesn’t come far, as he is finally apprehended by the Tariost agent, the “angel made of knives” that followed him.