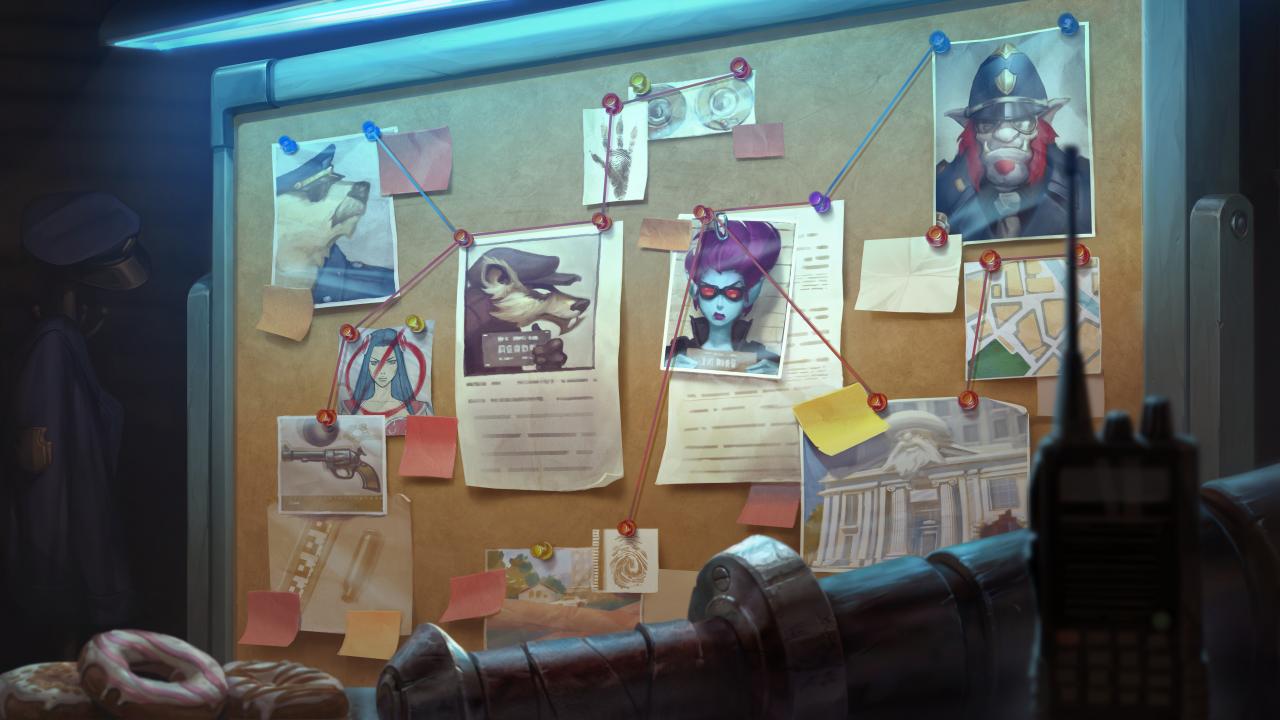 Skins still in vault hours before being stolen 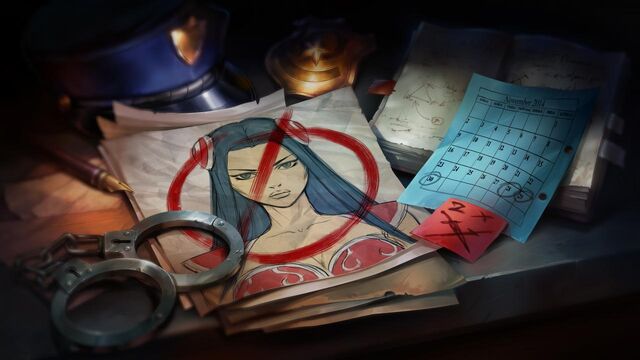 A pair of ne’erdowells are putting the squeeze on League of Legends. In the dead of night, they broke into the store and stole Hippalus’ most prized possessions (he really loves his socks). The two best detectives in the history of detecting are on the case but, to prevent further chaos, we’re giving in to their demands. These are dark days in League… kind of. 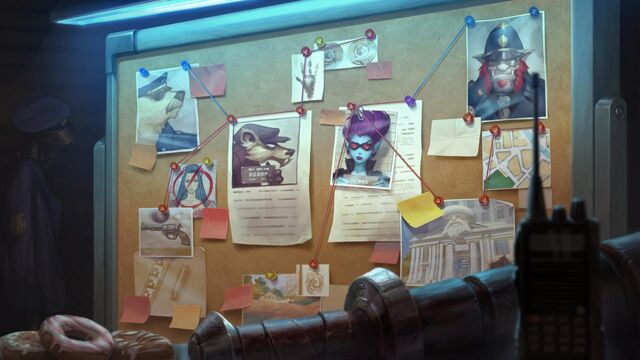 Our boys in blue have thus far failed to track the sneaky swindlers, giving us no choice but to bow to their demands! The Heist starts up on November 28 and kicks off with a double IP weekend, four days of sales and purchasable mystery skins alongside the epic S.U.M.O. bundle. We checked in with

Constable Trundle, who’ve both promised to have these thieves thrown in the slammer just as soon as they finish their donuts. And find them. That's important, too.

Lock down your favorite deals before the criminals get locked up, and check here for more details on the thieves’ demands! 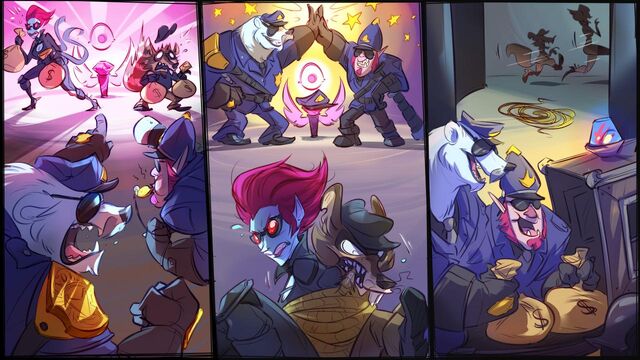 After staking out the completely wrong address, accidentally wiretapping themselves and trying to tail a couple of suspicious individuals WHILE DRESSED IN FULL UNIFORM,

Constable Trundle have finally caught the criminals! An innocuous pink ward – accidentally dropped by our bravest officers as they played hide and seek – detected the pair of thieves whose dastardly demands included a deal on legacy skins. With

Pickpocket Twitch now in custody, we’re pleased to announce that the legacy skins – joined by a few extras – will be entering the Skin Protection Program and secured back in our watertight legacy vault at 11:59pm PST on December 1. Act fa... Uhh... Guys? Guys?? Wheeeeere are Twitch and Evelynn...?

Welp, this is awkward. Looks like we’ve got work to do. AGAIN. In the meantime, act fast if you’re looking to secure some of these skins before they’re locked away! And remember, summoners – crime doesn’t pay!

Lore and Events
Retrieved from "https://leagueoflegends.fandom.com/wiki/The_Heist?oldid=3088953"
Community content is available under CC-BY-SA unless otherwise noted.