League of Legends Wiki
Register
Don't have an account?
Sign In
Advertisement
in: Lore of Bilgewater, Narration, Tahm Kench lore 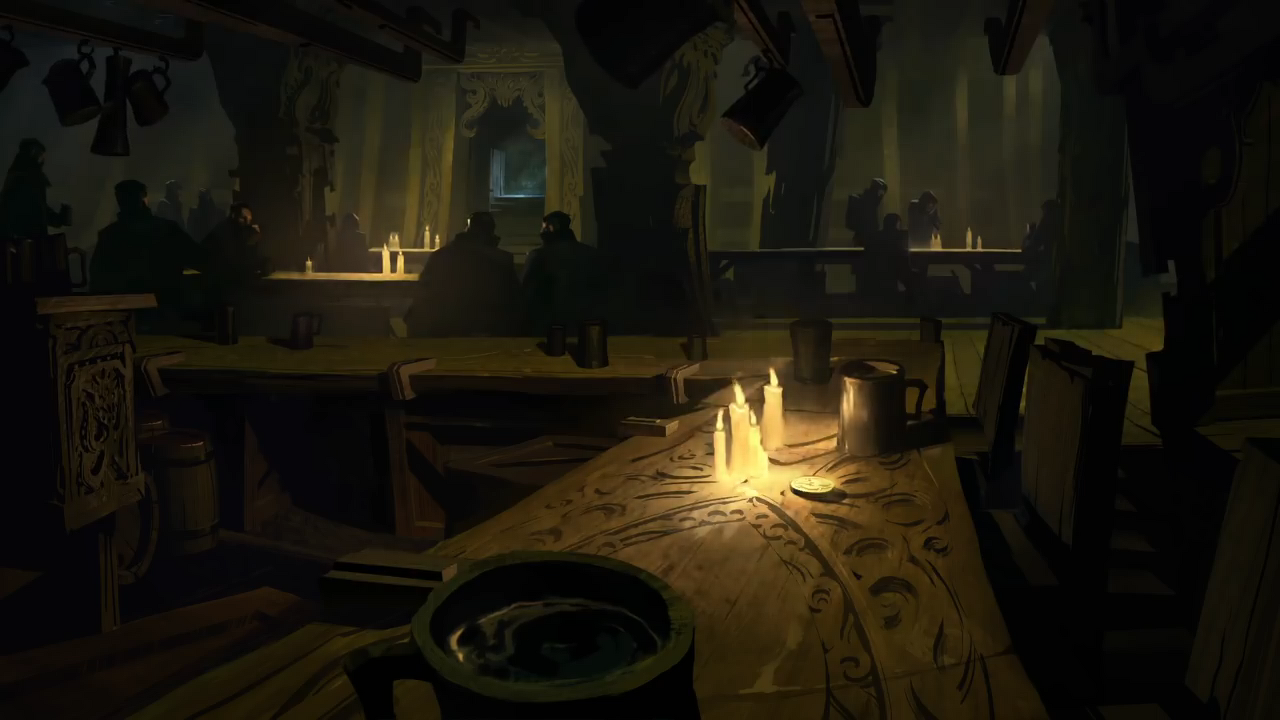 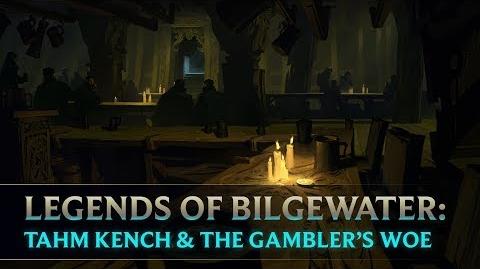 Oh, no, I'll not be rollin' the dice with ye. Not a gamblin' man no more, or so I tells me self. There were a time, though... What happened? The River King happened, that's what. Aye, Two-Coats, that old devil Tahm Kench. He's what happened.

I was bilge-poor, beg your pardon, and livin' in a flophouse. Had nothin' to me name, not 'til a single gold Kraken - aye, this one 'ere - come into my possession. I could tell you how, but you'd call me a liar, heh.

So, with this one coin, what I oughta done was pay me debts, and find a new crew to join. I was a harpooner, see. Shoulda put aside whatever was left for the future. Been responsible, like. Harpoonin's a harsh life, even for a younger man.

But that's when the River King found me. “Why work someone else's ship,” he says, “slavin' away, riskin' your life for next t' nothin', when ye might 'ave a ship o' your own?” I just had to think bigger, like. O' course, one Kraken won't buy a ship, but 'e had an answer to that, didn't he.

Dice. One good throw o' the bones, an' I'd 'ave enough to start me own little operation. Others could do the danger work, while I sits back, nice and plum, enjoyin' the profits. An' after a few more drinks, you understand, that crooked devil's advice starts to make a lot o' sense to my ears. So, blinded by greed and possibility, I went along wi' it.

That night were a blur. I awoke well after noon the next day, me head fairly poundin'! Had no idea where I was - some fancy bawdy-house, as it turns out - but on the dresser were me previous night's winnings... more than enough to purchase me self a ship! Ah, but the River King, 'e'd given me a taste for somethin' more. Why should young Lars content his self with a single ship, when he could 'ave a fleet? Just needed to chance me hand a few more times...

That's Bilgewater. There's riches to be had, if you're willin' to risk everything, over and over.

With old Two-Coat's arm around me, I was led from the dice tables to other halls of avarice - from backroom card games to gamblin' and bettin' parlors, high and low. I spent a fortune, lost a fortune, then made it all back again. Around and around in that allurin' spiral I went. I was feelin' the hunger, the yearning, and it was pullin' me down like a whirlpool.

Years passed, an' somewhere along the way, I'm ashamed to say I forgot what I was doing all this for. I forgot who I was. I had it all, but it never were enough. I wanted more.

And then I started losin' big. That made me double-down, go for broke, all-or-nothin', looking for the big stakes to put me back on top. Pretty soon, I was in a worse state than I'd been to start with. Sleepin' in the gutter, catching rats to eat if I were lucky. I begged, borrowed and stole from everyone who'd ever shown me any kindness. Lost all me mates, chasing the dream.

'E feeds on misery, see, does Tahm Kench. As old as sin, 'e is, and older than Bilgewater by far. Been 'round from the start of things, gorgin' his self on the desperation what comes with the greed and sorrow in men's hearts. I mean, I'd done it to me self, but it were him what give me the means. Ye might say, 'e took me to the cliff's edge, but I were the numpty what threw me self off, beg your pardon, and that old glutton revelled in me despair.

Came to me once more, 'e did, when I was at me very lowest, drinkin' from puddles, havin' sold me own leg to be used for chum. In the darkest night, whisperin' an' cajolin', 'e pressed this gold Kraken back into me hand, with a knowin' wink.

'Twere the same one I'd 'ad back at the start! It were this damn coin what started me on that wretched path! Eh, 'e opened his mouth up wide, and says, “It's not too late, Lars. Never too late. Come with me, an' we'll find you a fortune again...”

Even after everythin', I was tempted. 'Course I was! But no. I resisted, Mother Serpent knows how. Two-Coats only laughed. Said he'd be there when I changed me mind.

And, sure enough, the temptation's still there, now, every day.

So here I am. Friendless. Broke. All the best years of me life behind me, wasted in those lost decades. Can't remember most of it, neither, so I've no idea if I even enjoyed me self.

Anyways. Enough o' my ramblin'. There's a lesson to be learned, 'ere. keep your purse strings tight, and never, ever make a deal wi' the River King. Ye've always got more to lose...