Team Builder was an outtake on Champion Select in which a player chooses which role, map position and champion s/he is going to play before the start of the match, without time constraints. Team Builder launched on March 25, 2014.[1]

Since January 24, 2016 Draft Pick had been changed to implement elements of Team Builder in its design. As a result, Team Builder has since been discontinued.

"Hello Summoners! Lyte here, and in this post I'm excited to talk with you about Team Builder, a new feature where you can queue up for a specific role, champion and position and get connected with four teammates that also preselected their preferred role. The goal is to build a balanced team where everyone's in agreement on where they're going and what they're playing, and in doing so help lay the foundation for good teamwork.

How often have you logged on to League of Legends and thought, “I just want to play Renekton today.” Or maybe you want to try a new strategy but can't find four friends to premade with. We're always asking how we can make the League of Legends experience better, and one thing that comes up a lot is how players want to feel like they're in control of their pre-game experience.

Good teamwork doesn't just start when the minions spawn or at the first big teamfight. It starts in champion select. Champion select sets the tone of the game and greatly impacts whether you feel like you're going to have a fun match. So we asked ourselves: what's the ideal champion select? And how can we improve this process so it happens more often?

An ideal champ select is one where all five players get their preferred role and feel like they're all on the same page for the upcoming match. The current matchmaking does a good job of matching up players of similar overall skill levels, but doesn't have any way to know what a player's intentions for a given game are. Sometimes things work out perfectly and everyone gets the champion and role they wanted without a hitch. But if multiple players are looking to play the same role or lane, a consensus has to be built in a relatively short period of time. That's time that could be used to get to know each other, agree on a strategy and build confidence that it's going to be a fun match.

Team Builder is intended to bring players together that complement each other's expectations and intentions from the moment they enter the lobby. When everyone's aligned on who will be going where and playing what, the only thing left to figure out is how to dominate the opposition.

Once we had a model for how Team Builder would bring players together, we started looking at matchmaking and how we could evolve it to help further enable good games. One of the most important things for a team's enjoyment is making sure that they're matched against similarly skilled players.

With Team Builder we'll also be rolling out a smarter matchmaking system that can dynamically account for your experience with a given role, position or champion. First time playing Ahri? Learning how to be a solid Marksman? Venturing into the jungle for the first time? Team Builder's matchmaking will take all of these factors into account. Our goal for Team Builder is to bring players together and build better teams. Because good teams win more games, make bigger plays, and most importantly, have more fun. To us, that's exciting, and we're looking forward to your feedback. See you in Team Builder, Lyte."

Team Builder as a Captain

Pick the teammates you want on your team

Get Ready for a Match!

Team Builder as a Solo Player

Get into a queue for Team Builder

Get Ready for a Match!

With significant improvements coming to the Team Builder experience, we're re-inviting you to give the new queue a try. We've listened to the feedback throughout the live beta test and launch, and we continue to tinker with ways to improve Team Builder. Some of the changes we've implemented relate to matchmaking, others combat long queue times. In at least one case, we're making it easier to find friends to play a Team Builder match.

To make sure you're getting into game fast enough to feel these changes, we also overhauled the rules for adding solo players to teams. We've seen improved queue times across the board, and if you want to read more, check out my deep dive into all of the changes in this update.

With new reasons to start using Team Builder, we've designed a series of new summoner icon rewards for playing the queue. Because Team Builder's champion select accounts for role, the new rewards are earned by playing your way. After you play five games as one role, tracked in-client, you'll unlock the icon of that role instantly. And yes, if you're more of a generalist (or a completionist), you can unlock all six icons.

So join us in the revamped Team Builder, and show off your favorite role with your new icons! 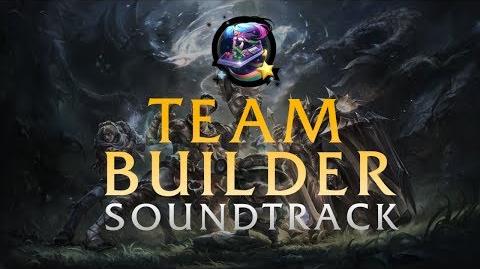 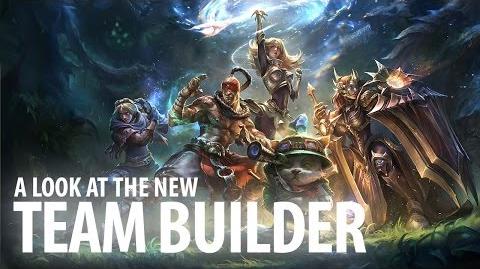 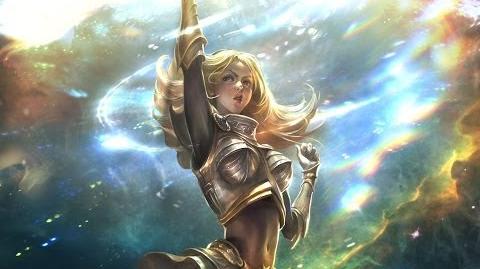