< Taric
View source
watch 02:52
Roblox: DeepWoken - The Loop
Do you like this video?
Play Sound 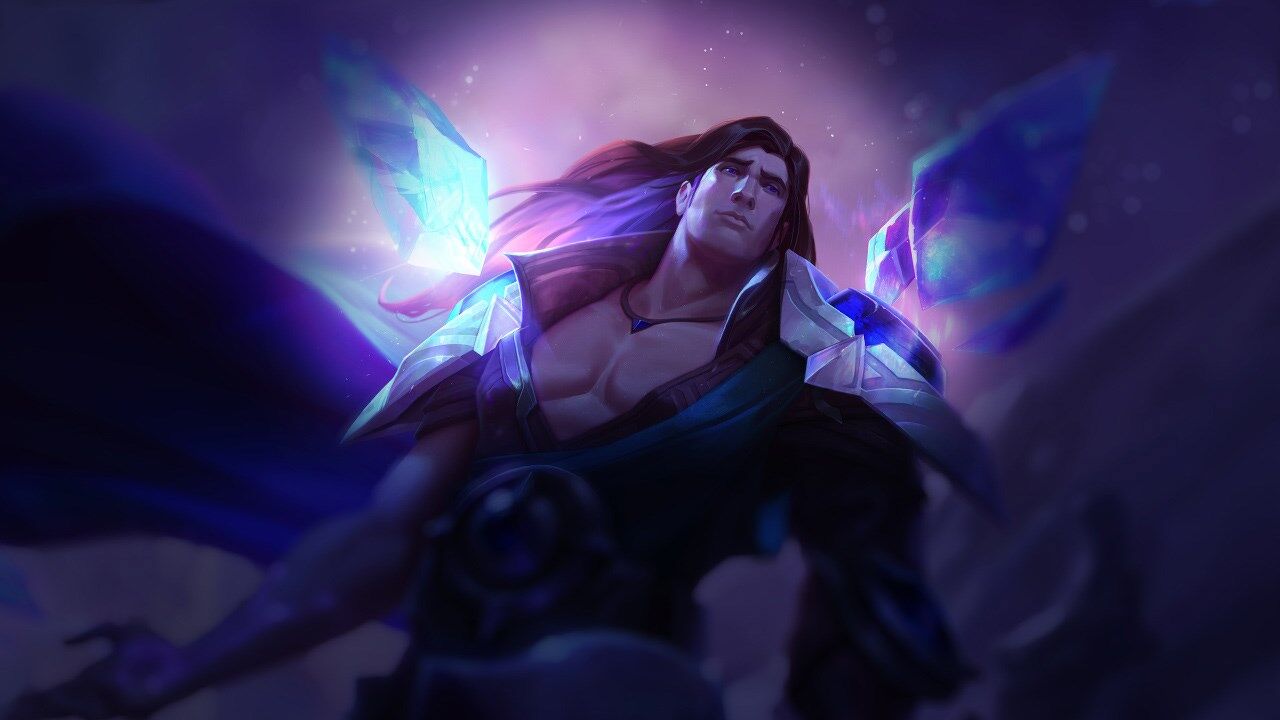 the Shield of Valoran

Taric is a champion in League of Legends.[1]

Innate: After casting an ability, Taric's next two basic attacks within 5 seconds gain

cooldowns of his basic abilities by 1 second, as well as refreshing Bravado's duration on the first attack.

Passive: Taric stores a charge of Starlight's Touch periodically, up to a maximum number.

bonus armor and forms a

tether between him and the ally bound by Bastion. While the tether persists, the ally also gains the bonus armor and Taric's abilities are mimicked to them, though the effects do not stack.

shields himself and the target allied champion for 2.5 seconds, binding them with Bastion.

Taric can self-cast to shield himself; if he is untethered, this will instead target the nearest ally. Only one ally can be bound at a time, and selecting a new ally overrides the previous bind.

Active: Taric projects a beam of starlight in the target direction that erupts after a 1 second delay, dealing magic damage to all enemies within the area and

stunning them for 1.25 seconds.

Active: Taric calls down a star from above that descends to him over 2.5 seconds. Afterwards, Taric and all nearby allied 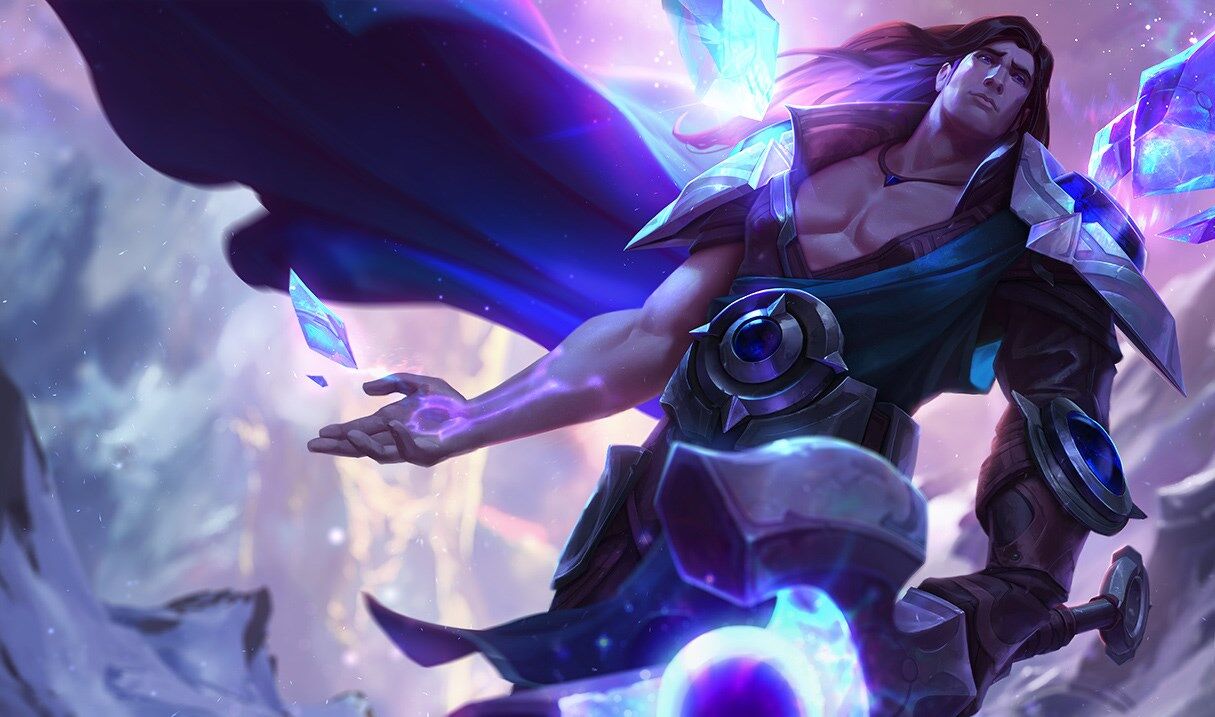 585
18.08.2009
Taric is the Aspect of the Protector, wielding incredible power as Runeterra’s guardian of life, love, and beauty. Shamed by a dereliction of duty and exiled from his homeland Demacia, Taric ascended Mount Targon to find redemption, only to discover a higher calling among the stars. Imbued with the might of ancient Targon, the Shield of Valoran now stands ever vigilant against the insidious corruption of the Void. 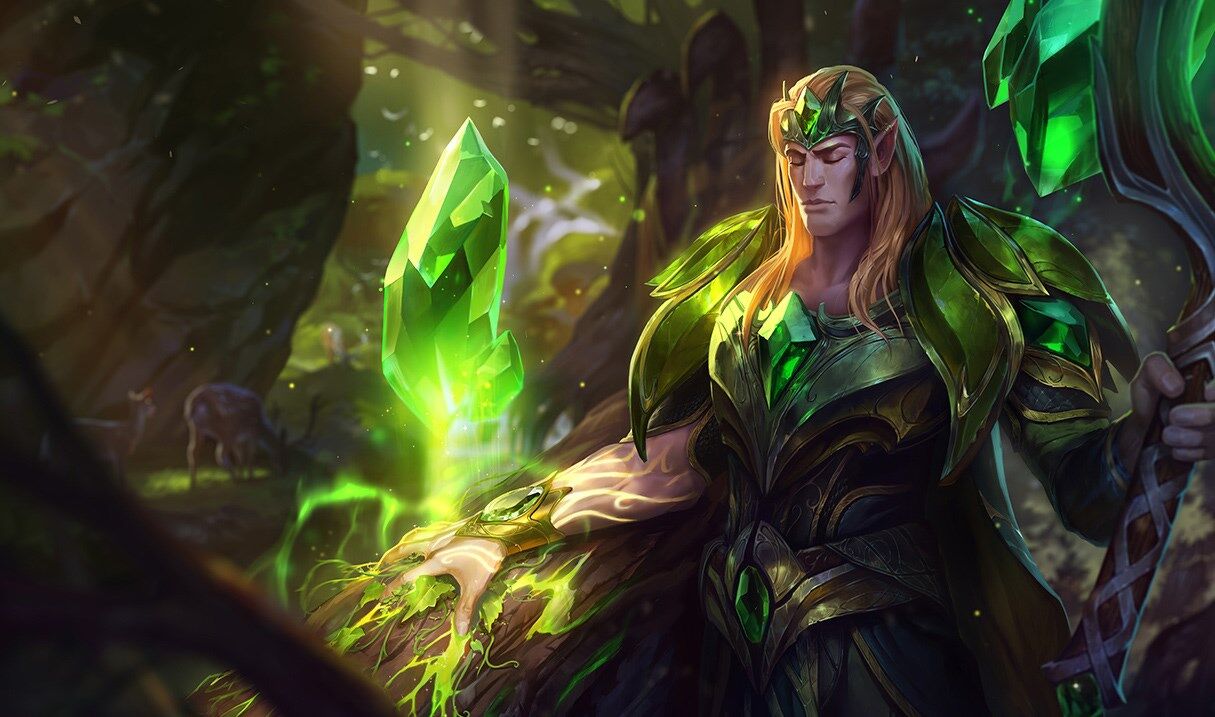 520
20.11.2009
The Knights of the Emerald Chapel are the once-human stewards of the Elderwood—men and women who swore an oath to the land itself, and in return were granted unnaturally long life. Now led by a man named Taric, a handful reside there still, protecting the forest from all manner of invaders. 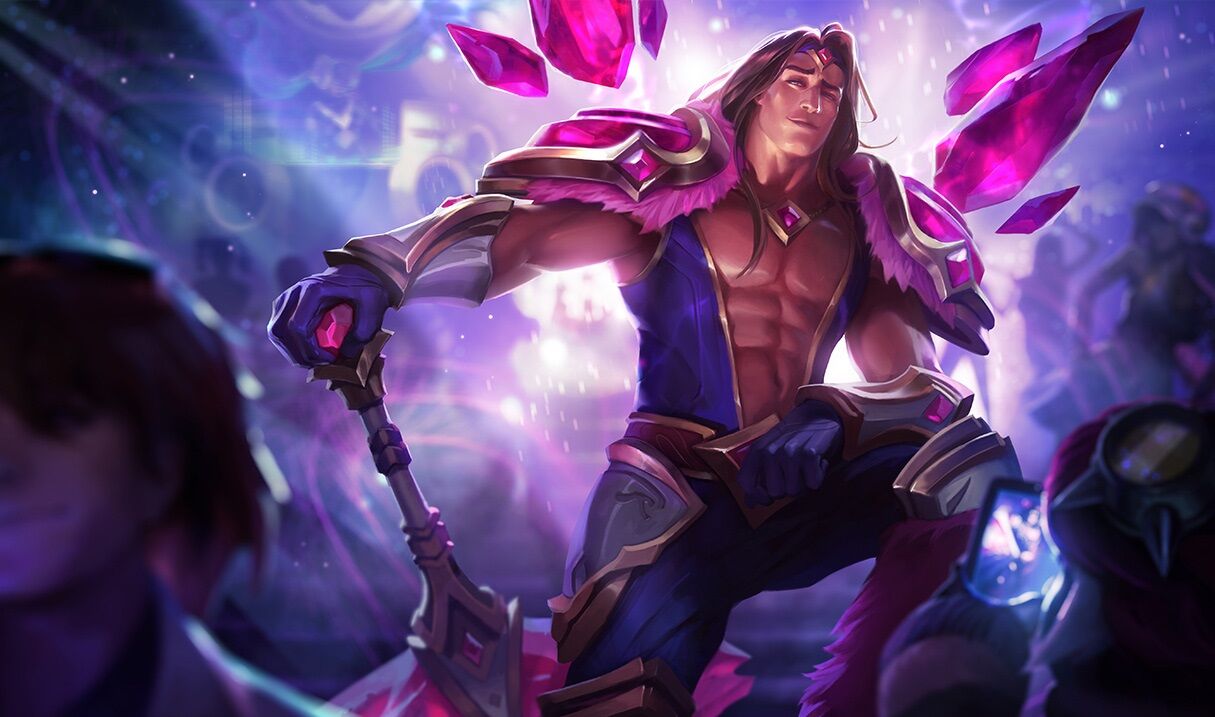 Armor of the Fifth Age
View in 3D 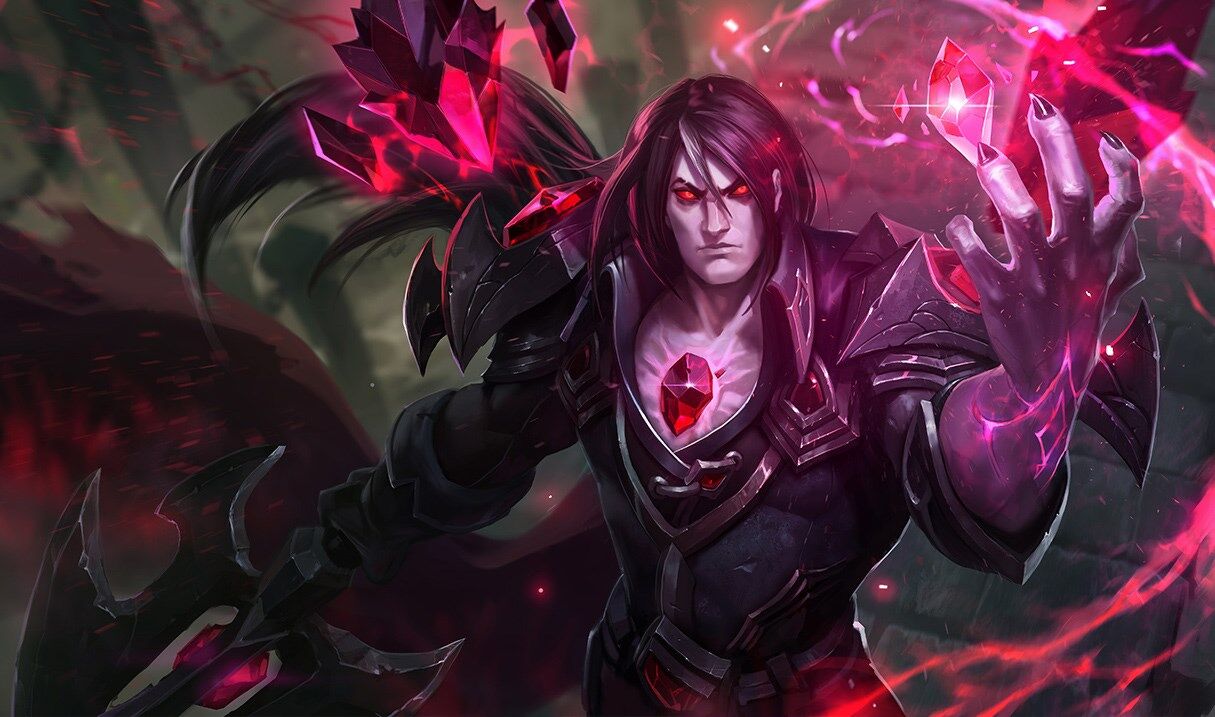 975
09.08.2011
Considered to be the most handsome and cunning acolyte of his Bloodstone cult, Taric seized power after the former leader took to the hunt. Now fully in control of his Bloodstone artifact, he uses his powers to maintain his youth and beauty at all costs—even if it means getting his hands a little bloody. 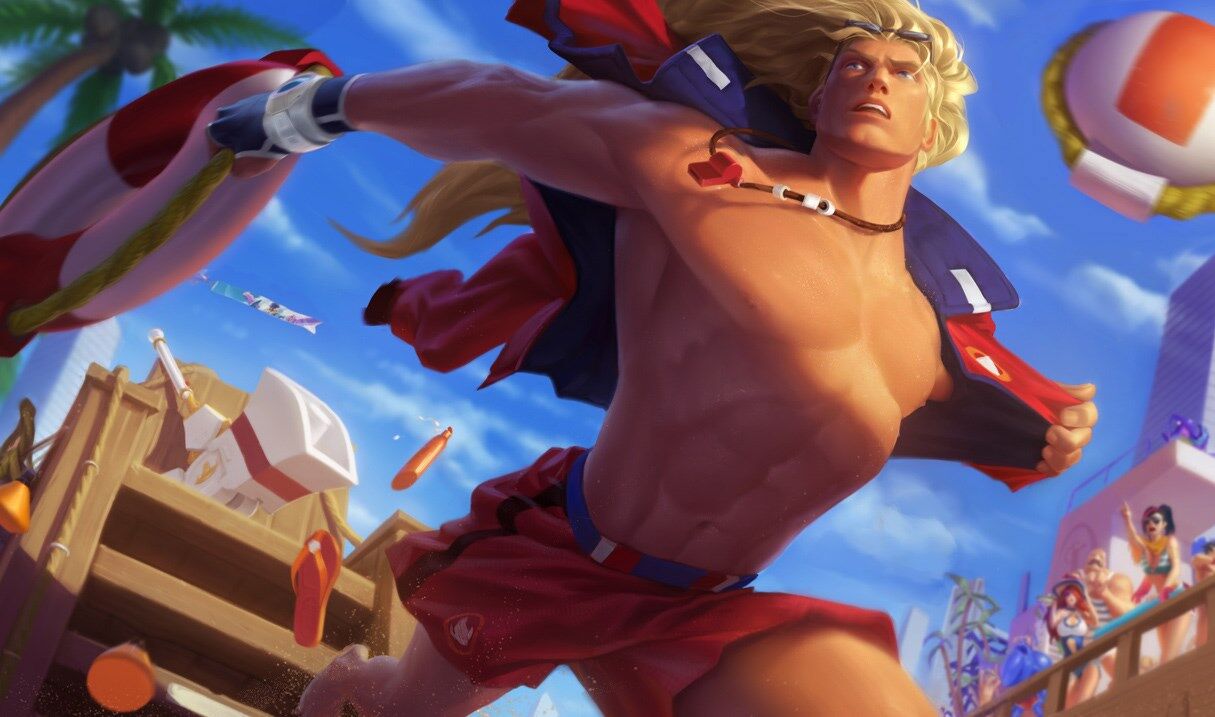 1350
13.07.2016
Always on the alert, Taric will run in cinematic slow motion to save any swimmer in distress. Although, Taric has failed to save a distressing number of them. 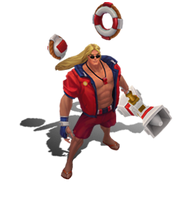 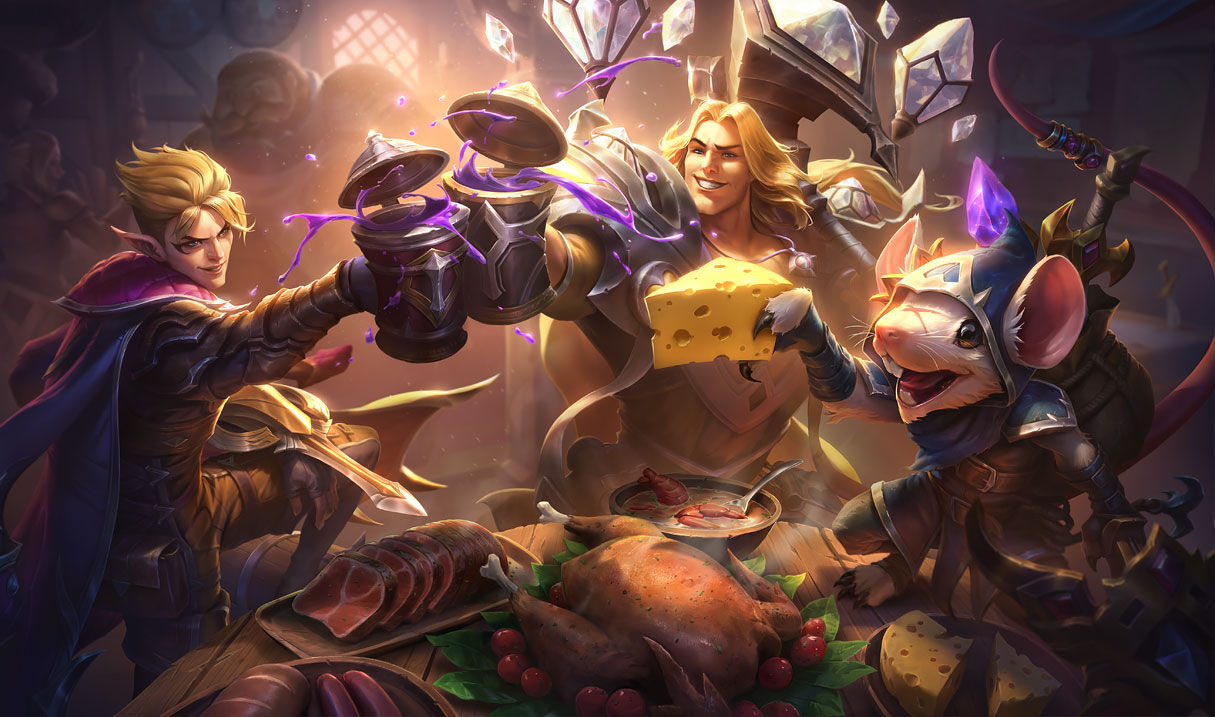 1350
19.03.2020
A battle cleric who has to simultaneously tank and heal for a pair of bumbling rogues, Taric Luminshield may be the only thing keeping his table from a total party wipe. In-universe he's a devout warrior of the Divine Goddess Targonius, but out of universe he'd rather be in a different campaign. 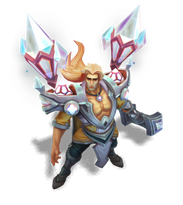