< Talon
View source
watch 02:56
Raise a Floppa - The Loop
Do you like this video?
Play Sound 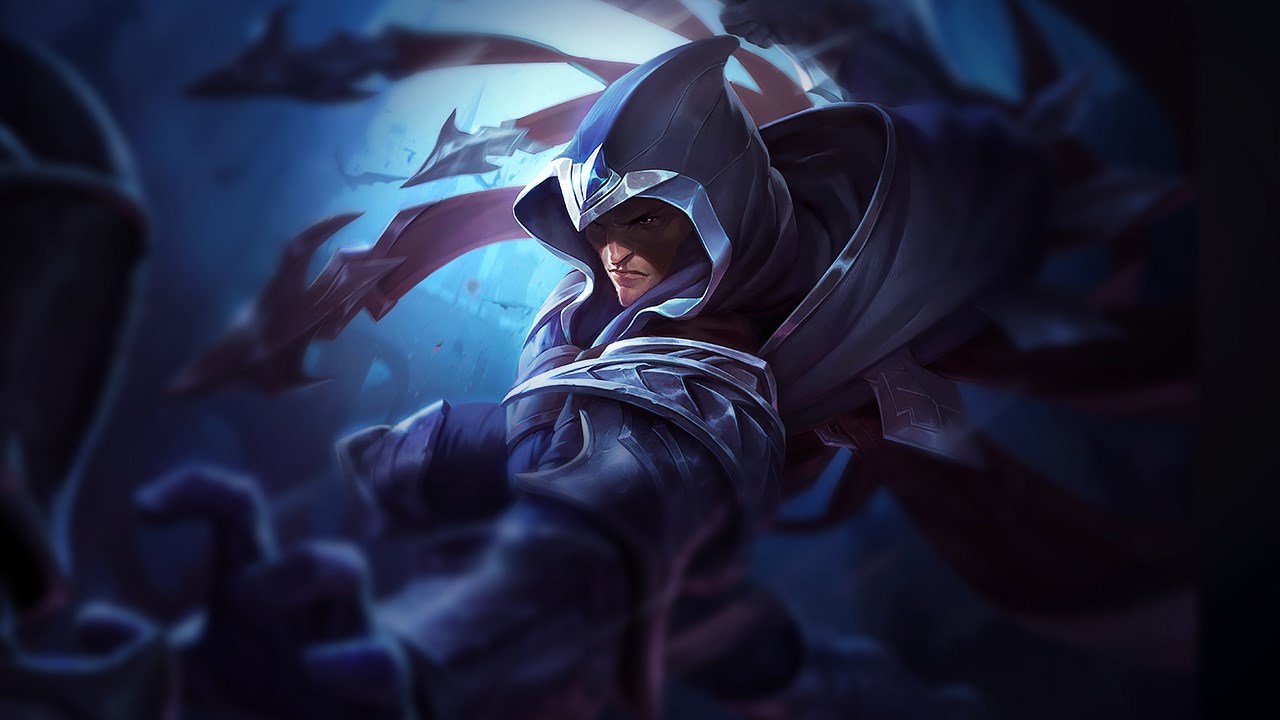 Talon is a champion in League of Legends.[1]

monsters hit for 6 seconds, stacking up to 3 times. Basic attacks and damaging abilities refresh the duration.

monsters. The target cannot gain stacks during this time.

dashes towards the target enemy, dealing them physical damage upon arrival. If Noxian Diplomacy is cast within close range, Talon instead stabs the target,

critically striking them for (50% +

75 bonus attack range on his next basic attack within 1 second.

Talon will attempt to basic attack the target afterwards.

Active: Talon sends out a volley of daggers in a cone in the target direction, dealing physical damage to enemies hit.

Upon reaching maximum range, the daggers then linger for 0.75 seconds before flying back to Talon, dealing physical damage and

slowing enemies hit for 1 second. Enemies can be hit only once per pass.

dashes over the target structure or piece of terrain, traveling up to 800 units, during which he gains

Talon cannot cast Assassin's Path on the same structure or area of terrain for a set duration.

Active: Talon disperses a ring of blades around him, dealing physical damage to nearby enemies and gaining

bonus movement speed for up to 2.5 seconds.

Shadow Assault can be recast after 1 second within the duration, and does so automatically after the duration or if Talon emerges from invisibility.

Noxian Diplomacy causes the blades to converge to the target instead. 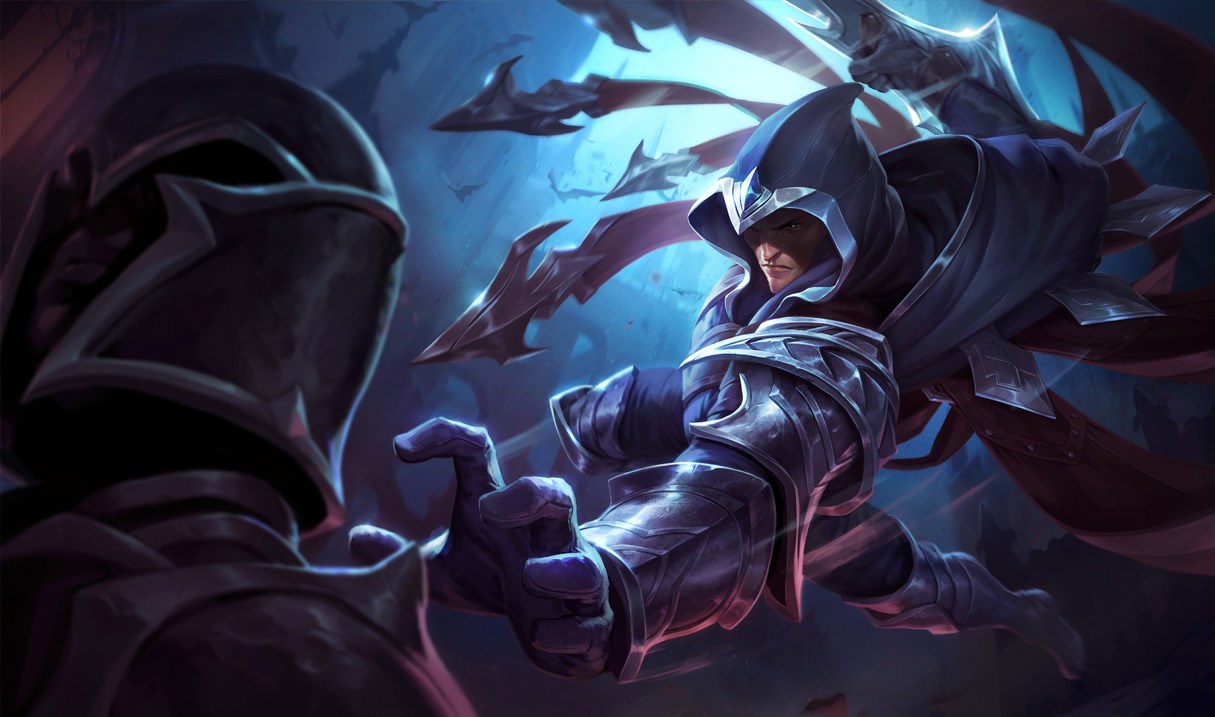 880
24.08.2011
Talon is the knife in the darkness, a merciless killer able to strike without warning and escape before any alarm is raised. He carved out a dangerous reputation on the brutal streets of Noxus, where he was forced to fight, kill, and steal to survive. Adopted by the notorious Du Couteau family, he now plies his deadly trade at the empire’s command, assassinating enemy leaders, captains, and heroes… as well as any Noxian foolish enough to earn the scorn of their masters. 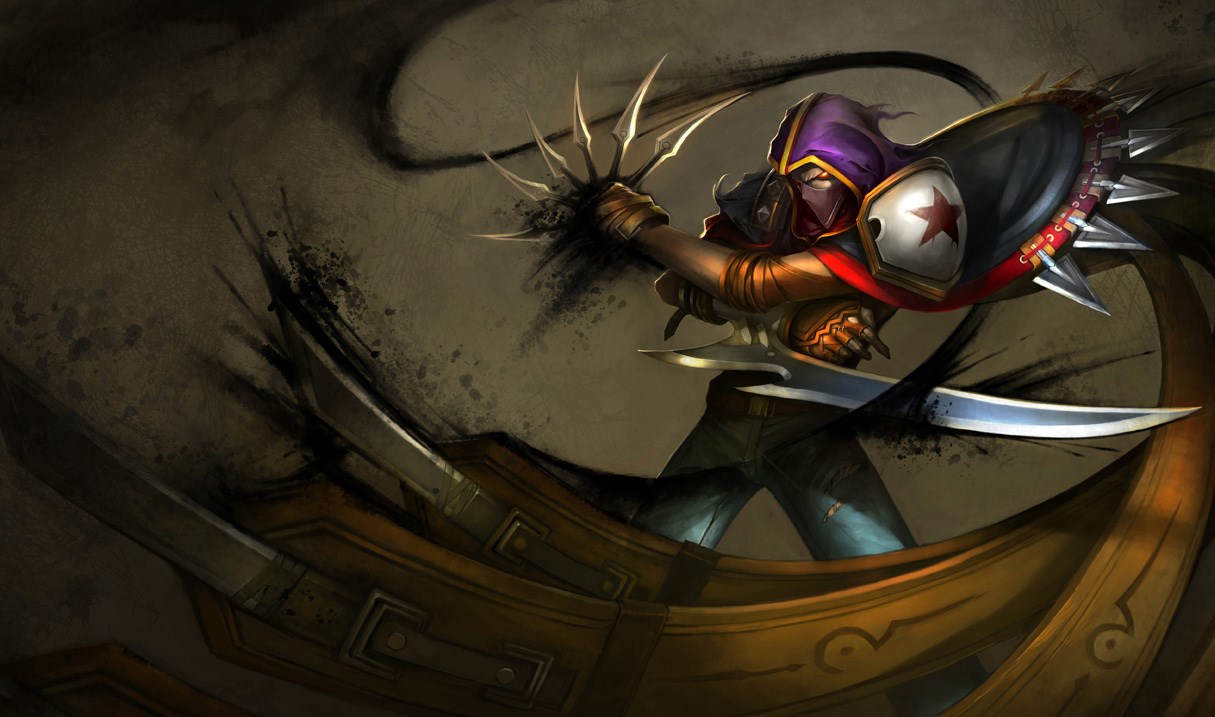 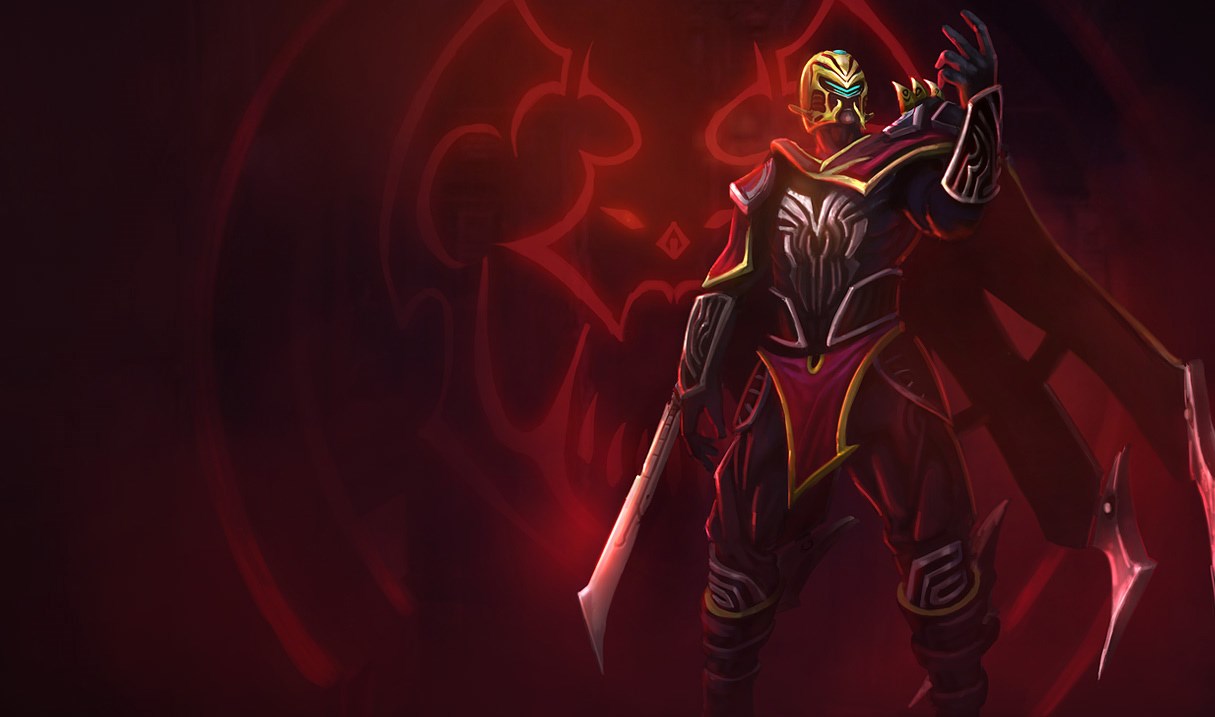 750
24.08.2011
The Crimson Elite cannot confirm or deny the existence of the agent known as Talon. The bloody trail left behind him serves as a sinister warning to all. Perhaps more disconcerting are the hundreds of undocumented cases that remain undiscovered. 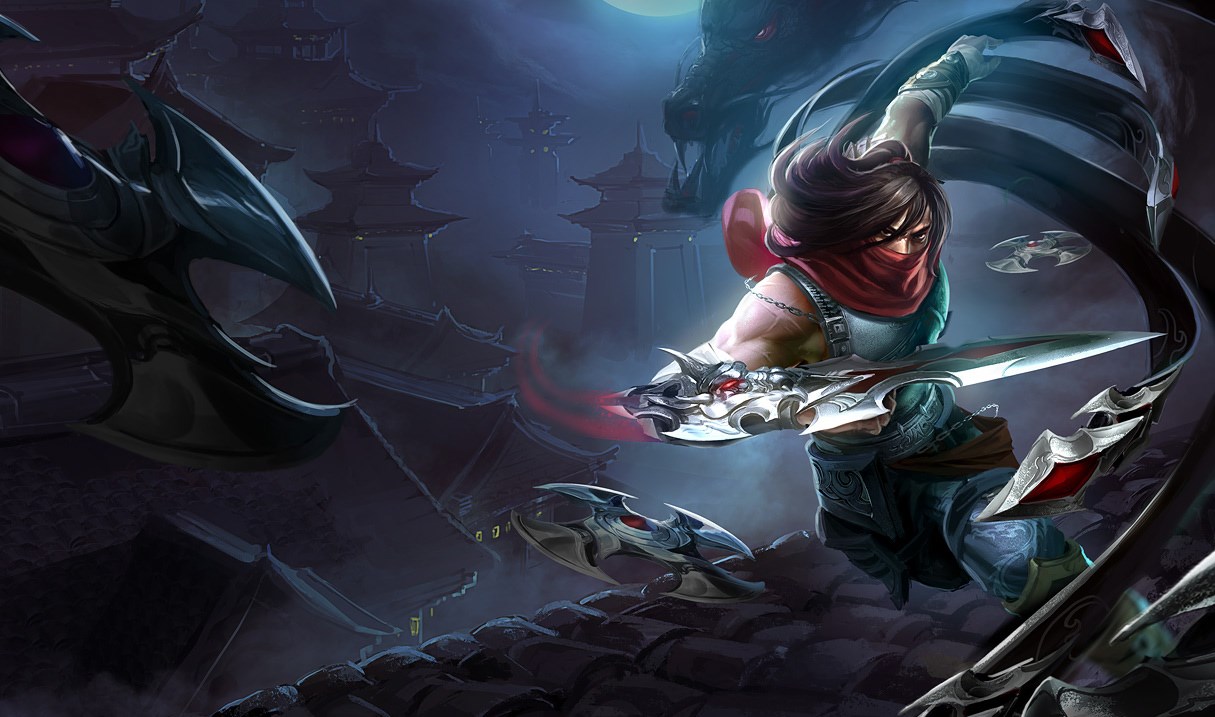 975
10.01.2012
Legend says that Talon's blades were forged in the fire of a shadow dragon, and that he turned against his corrupt masters, cutting through them one by one before vanishing into the night. Many believe he will appear again whenever the strong take advantage of the weak. 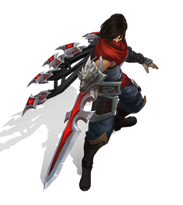 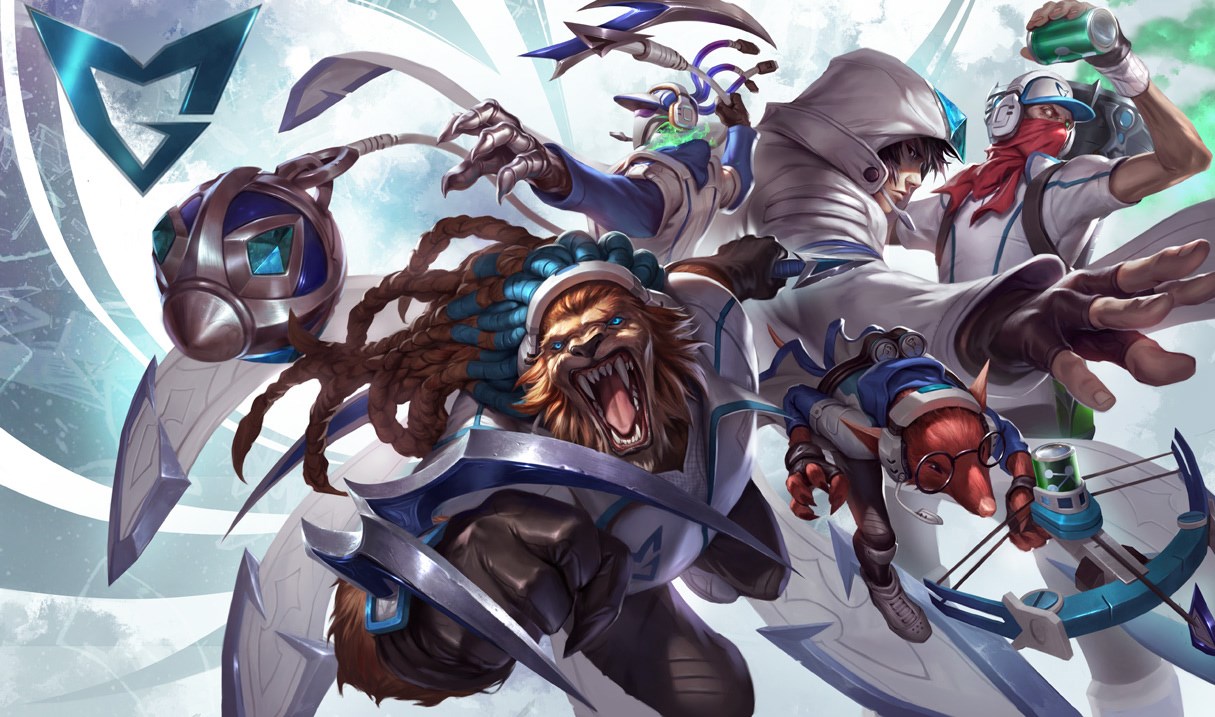 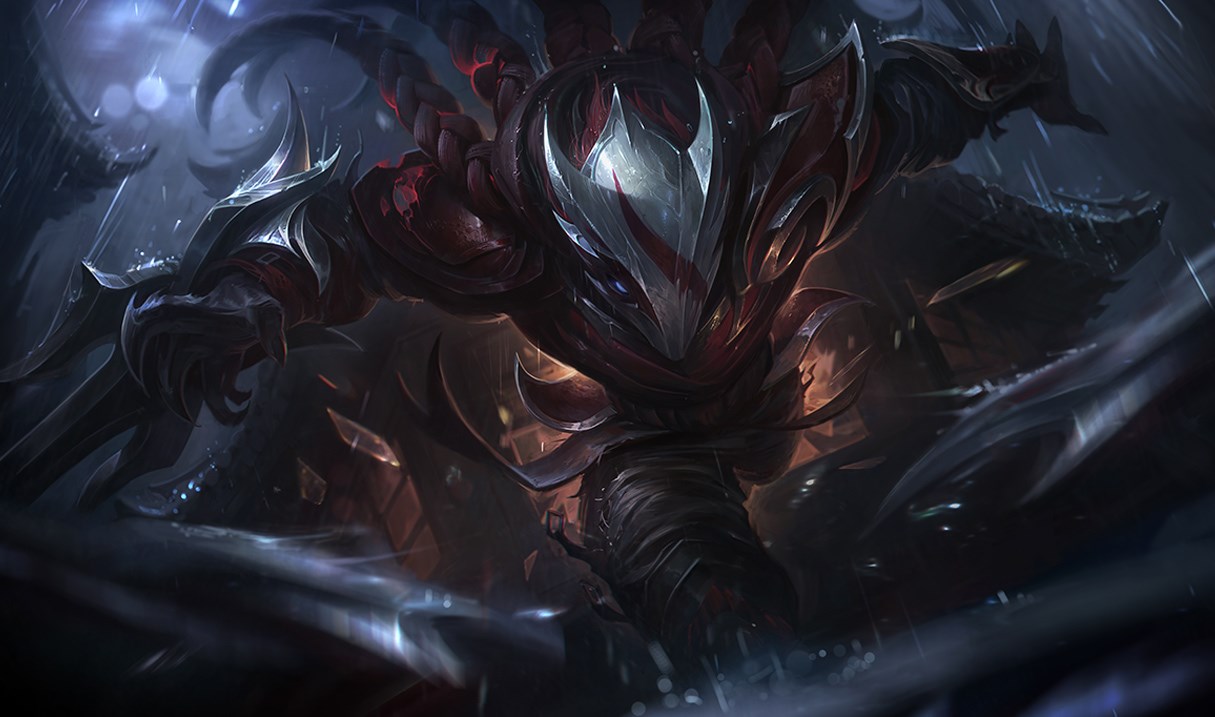 1350
09.02.2017
An anarchic demon summoned on the night of the Blood Moon, Talon was once a human assassin who surrendered his flesh during one of the cult's possession rituals. He now kills indiscriminately, relishing the terror in his victim's dying eyes. 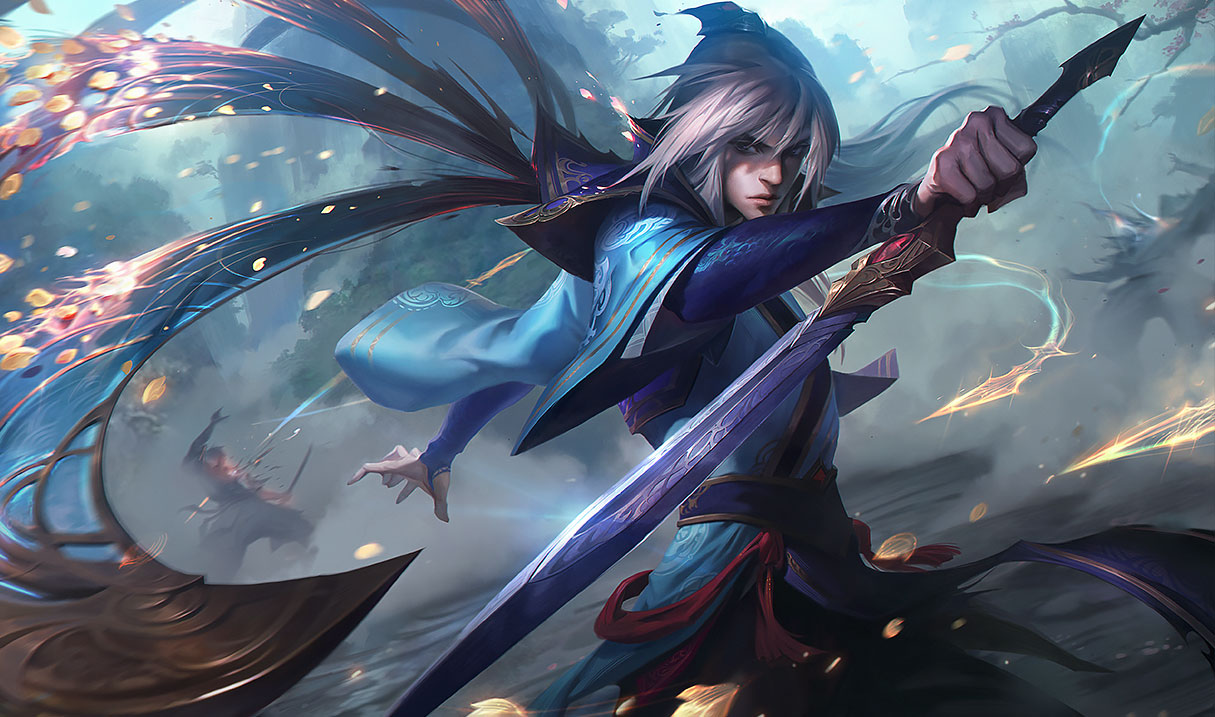 1350
04.09.2018
A haughty dragon king of the south seas, Talon accepted a duel from the demigoddess Irelia, only to be defeated in his own throne room. Humiliated, he lashed out at her… and she sealed his power within her blade, tasking him with finding new purpose in the mortal realm. 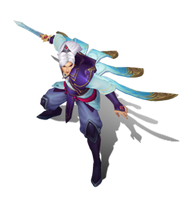 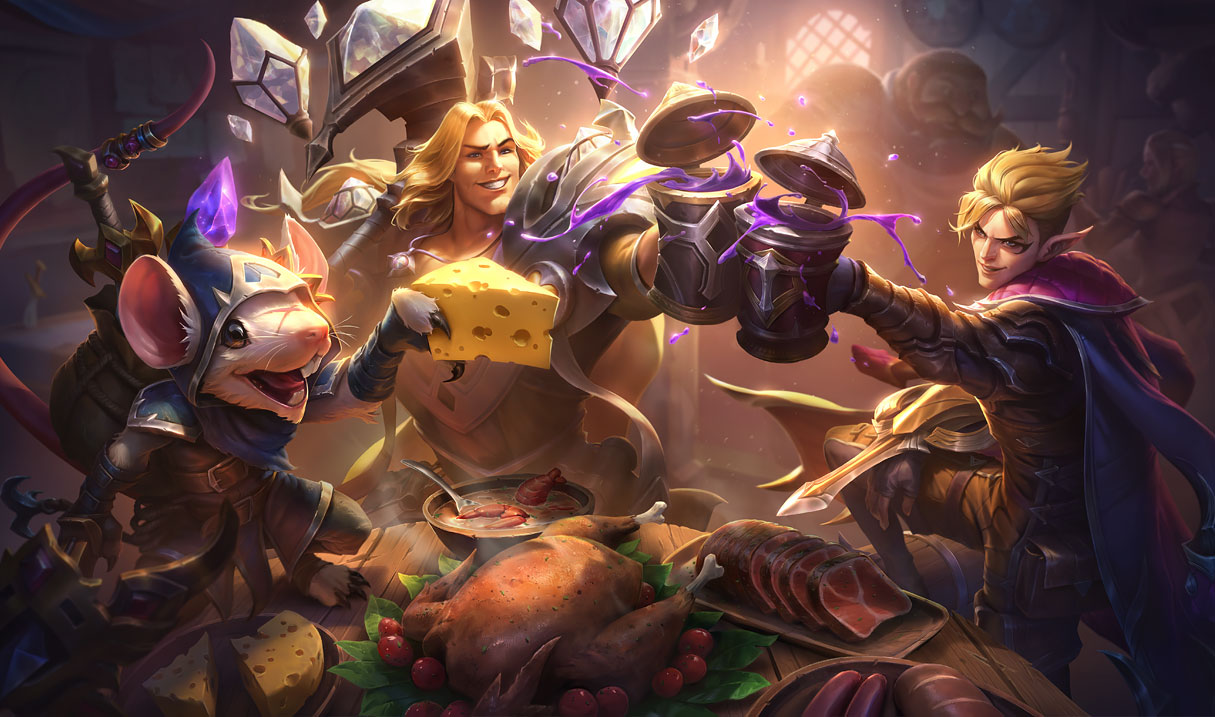 1350
19.03.2020
The sworn brother of Twitch Shadowfoot, dashing assassin extraordinaire Talon Blackwood is one half of an infamous underworld duo and the only advanced class in the entire party. He's also a brooding dark elf antihero with a tragic backstory, who is fated to one day save the world! Probably. 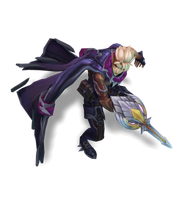 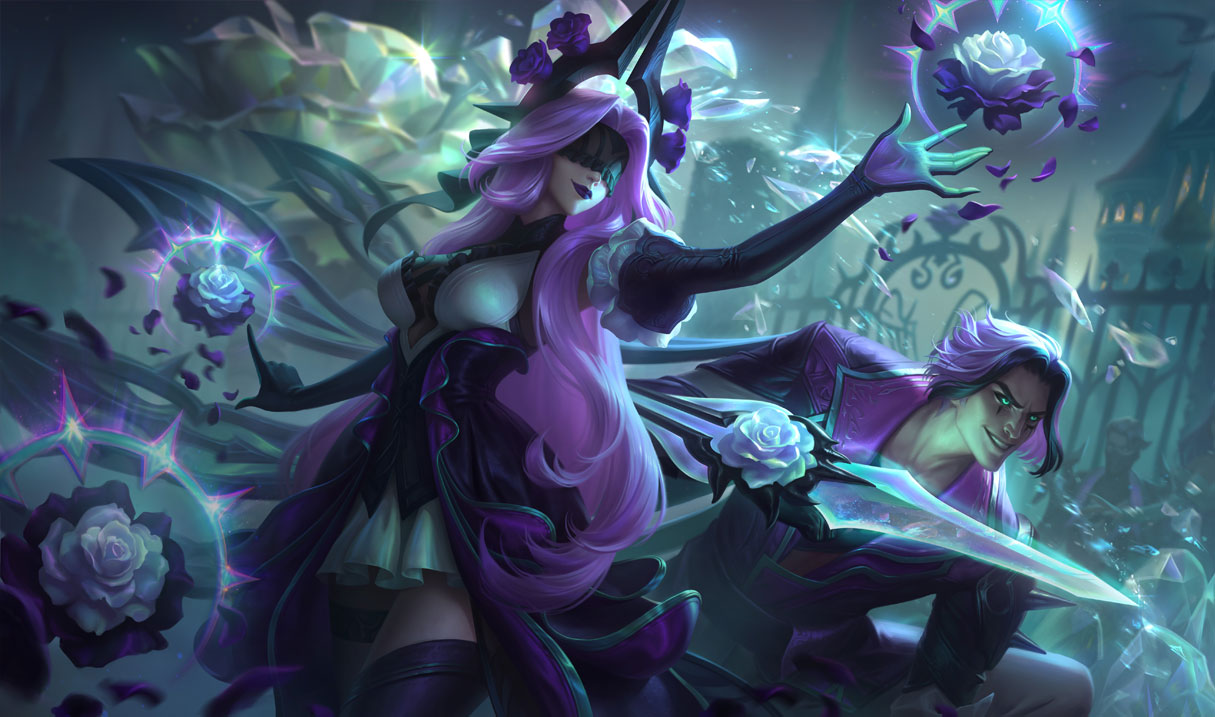 1350
11.02.2021
After the alliance his adopted sister Katarina formed at the last festival was broken, Talon swore revenge. He intends to restore their family's honor by exposing and shattering the entire concept of this celebration of glittering finery and sacred vows. Nothing and no one at this year's festival will escape his wrath. 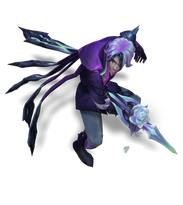 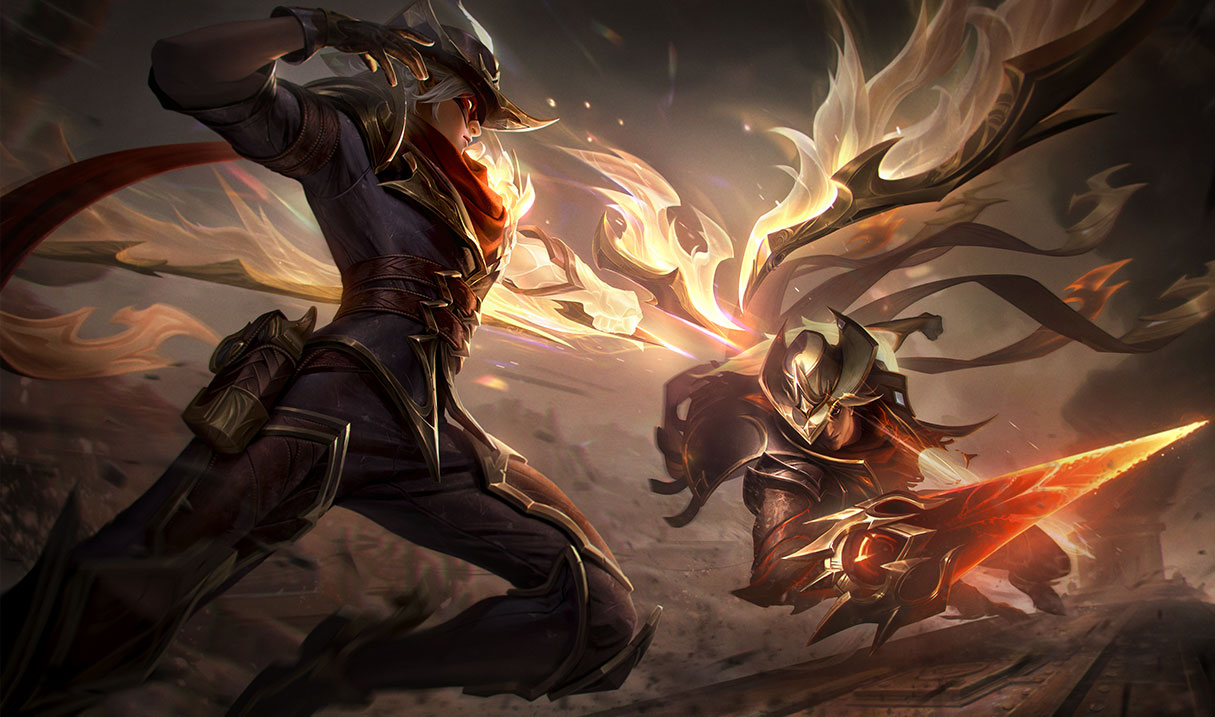 1350
12.05.2022
“Fate is catchin' up to you, old friend,” Talon says, leaning back in his chair, predator's eyes gleaming under the shadows of his hat. He still moves like a demon, even warped and corrupted by angel blood as he is. His smile, rueful and knowing, has too many teeth: “The end is comin' for us all.” 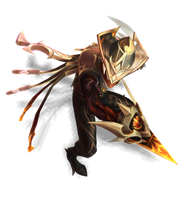 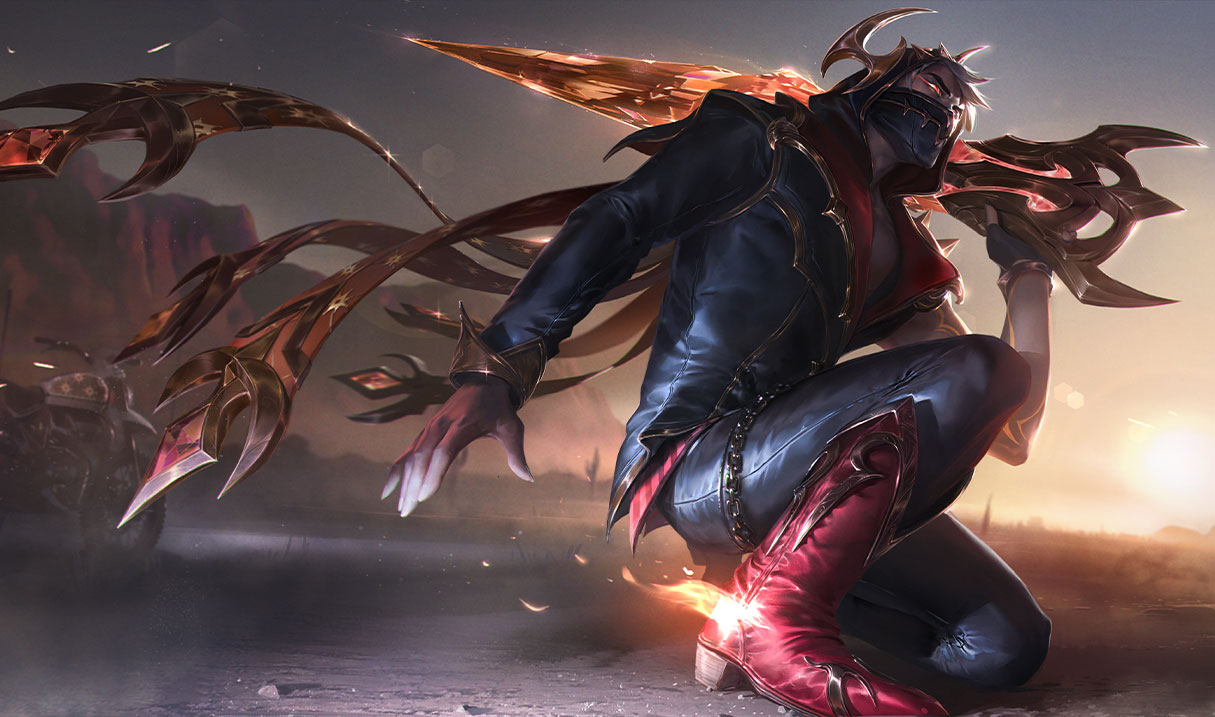 Prestige High Noon
View in 3D
Special
12.05.2022
Devilishly handsome and wearing the latest in Western chic, Talon is equally ready to rock the runway or ride the open road. Those boots are made for walking, and he'll walk all over anyone standing in his way.