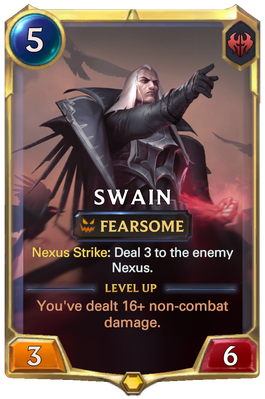 "A power beyond mortal understanding gave me the vision to see what most cannot. I peer through the darkness others fear." 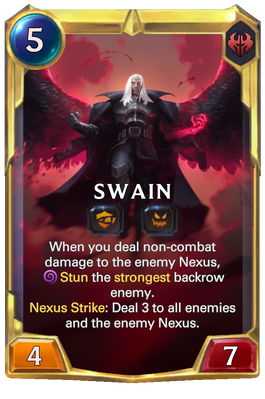 When we deal non-combat damage to the enemy Nexus,

Nexus Strike: Deal 3 to all enemies and the enemy Nexus.

"No sacrifice is too great to see my vision for 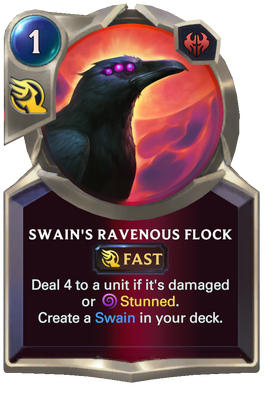 Deal 4 to a unit if it's damaged or

Stunned.
Shuffle a Swain into your deck.

Listen. Can you hear them? The thunder of a thousand beating wings.

Legends of Runeterra
Retrieved from "https://leagueoflegends.fandom.com/wiki/Swain/LoR?oldid=3088137"
Community content is available under CC-BY-SA unless otherwise noted.