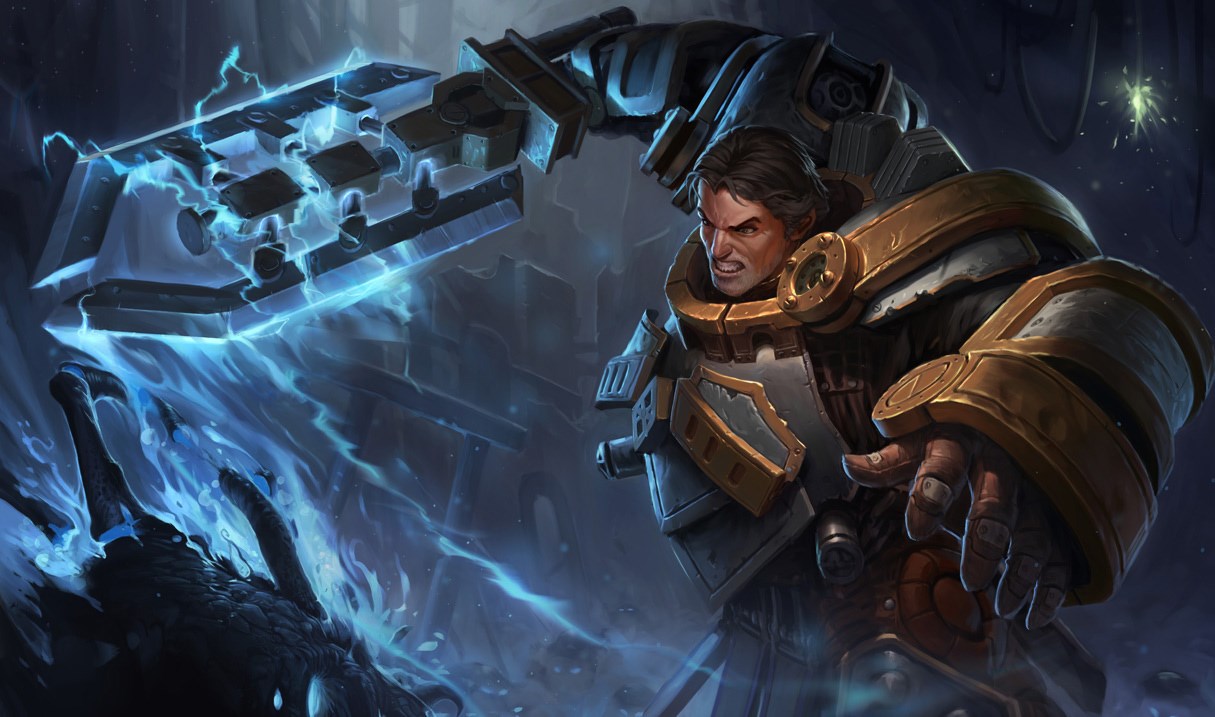 Steel Legion is a series of alternate future/universe skins in League of Legends. Set in a dystopian future of Demacia, it features champions equipped with Tesla-like weaponry.