The Spirit Realm, or Spirit World, is a parallel pocket of existence to the physical realm, both of which make up the realm of existence of

Runeterra. It is the home and origin place of the Spirits. While most (if not all) spirits seem to cross easily to the physical realm, mortals can only visit the spirit realm while in death or having powerful spiritual prowess.

Very little is known about the spirit world, usually through tales and myths. What it is known is that a place where time and space function differently from the physical realm. The Spirit World seems to be separated by smaller regions or "realms".

In Bandle City, it is said that every sensation is heightened for non-yordles. Colors are brighter. Food and drink intoxicate the senses for years and, once tasted, will never be forgotten. People tell that it is a place of unfettered magic, where the foolhardy can be led astray by myriad wonders, and end up lost in a dream... The sunlight is eternally golden, the waters crystal clear, and every harvest brings a fruitful bounty. Perhaps some of these claims are true, or maybe none—for no two tale-tellers ever seem to agree on what they actually saw.

The material realm is linked to this enchanted place in the spirit realm. The pathways are rarely seen by mortals, for they only open under particular circumstances, or for those with the ability to read and interpret the language of the yordles. Certain portals can only be opened with a series of specific gestures, often defined by peculiar symbols inscribed nearby. Some portals open to a deep cavern, when the low tide reveals a pattern of runic circles, filling the indentations with sea water.

The doorways between realms are finicky and seldom open, even to creatures as dexterous as cats such as

Yuumi. Yordles would have to wait for days for the eastern star to align with a particular stone archway, or waded impatiently between marsh-lilies, seeking a silver blossom blooming from the mud—only then would a pathway appear.

The Death Realm is supposed to be where the souls of the deceased go after death. The realm of death is built from the beliefs of Runeterrans, its landscape shifts across different cultures according to their beliefs.

The Iron Revenant came here after dying and, refusing to fade into nothingness, built an empire called Mitna Rachnun where he reigns. This place seems to be connected to the Immortal Bastion on

Ionians have their own version of the Death Realm, visualized through the myth The Path. Here, a fox-like spirit will guide you after death to your afterlife playing a chase game. You may deviate from your path but the spirit will not intervene.

Ionia and the spirit realm is so thin that the deceased can come back for one day during the Spirit Blossom festivities.

Freljord, followers of the

Lunari temple fortress located for the majority of the time inside the spirit realm. During special lunar events, the temple phases into the physical realm and shows up on Mount Targon.

Alune resides in this fortress within the Spirit Realm.

The Glade is a hidden area inside the spirit realm. It is told it was a place stranger still—it existed long before yordles came into the world, and it was perhaps from the Glade that Bandle City itself sprung. A place of raw primordial magic, it was hidden away so deeply that no yordle had ever found it until

Lulu was guided there.

The Freljord are very respectful with its spirits, considering them part of the creation of the world. The nation has a whole pantheon of animal spirits who they reverence as gods. Many of faithful of the land pray for them before a battle or conflict.

Each tribe of shamans is usually linked to a spirit animal that blesses them with related abilities. For example, the Ursine tribe have a deep connection with spiritual powers granted for them by the

Volibear. They have abilities like shapeshifting into animals and some have elemental powers.

Ionia has most powerful connection with the spirit worlds. The First lands have the thinner borders between the two worlds and it is visible through the natural spiritual magic the flows through the land. It is the charge of the

Eye of Twilight to ensure the balance between the spirit and mortal realm be maintained.

Ionian culture has innumerous myths about spirits and they are part of the daily routines of the inhabitants of the region. To build a house, Ionians have to ask tree and stone spirits so they can grow in the form of homes for them to live. Ionians have a national festival known as the Spirit Blossom, when the barrier between the two worlds is at its thinnest.

Demacia doesn't have good relationships with spirits, most of the inhabitants think they are monsters or dark creatures. The nation have a history in being haunted by demons, at least on some inland cities or on the countryside. Demacian blacksmiths have been known to craft

The Empire of Noxus are known to capture and utilize spirits on their conquest, most done by the mages of the Black Rose cabal. The Immortal Bastion located inside the capital have a powerful connection to the spirit realm (more specifically the Death Realm) thanks to the efforts of the

Iron Revenant. Black Rose mages are known to siphon this power and use on their dark and twisted purposes. Currently,

one of the leaders of the Trifarix has powers conceived by a demon.

Shurima has abhorred the worship of spirits since the ascension of the Empire. The ascended demanded to be the new gods of the nation, and since they have washed any other spiritual faith of the continent. It is unknown how Shurimans relate to spirits nowadays.

Zaun, since the times of being a shuriman port city, has been protected by wind spirit called

Jan'ahrem. In modern days, Janna is praised as a goddess by the zaunites and even has a cult following after she saved thousands of lives in an explosive excavation gone-wrong. 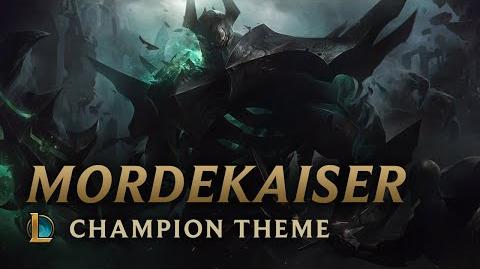 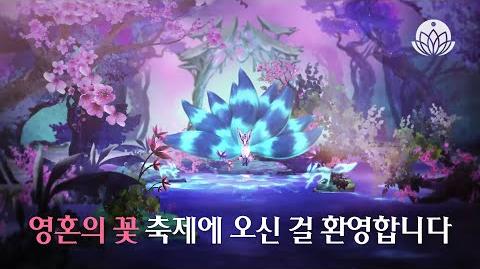