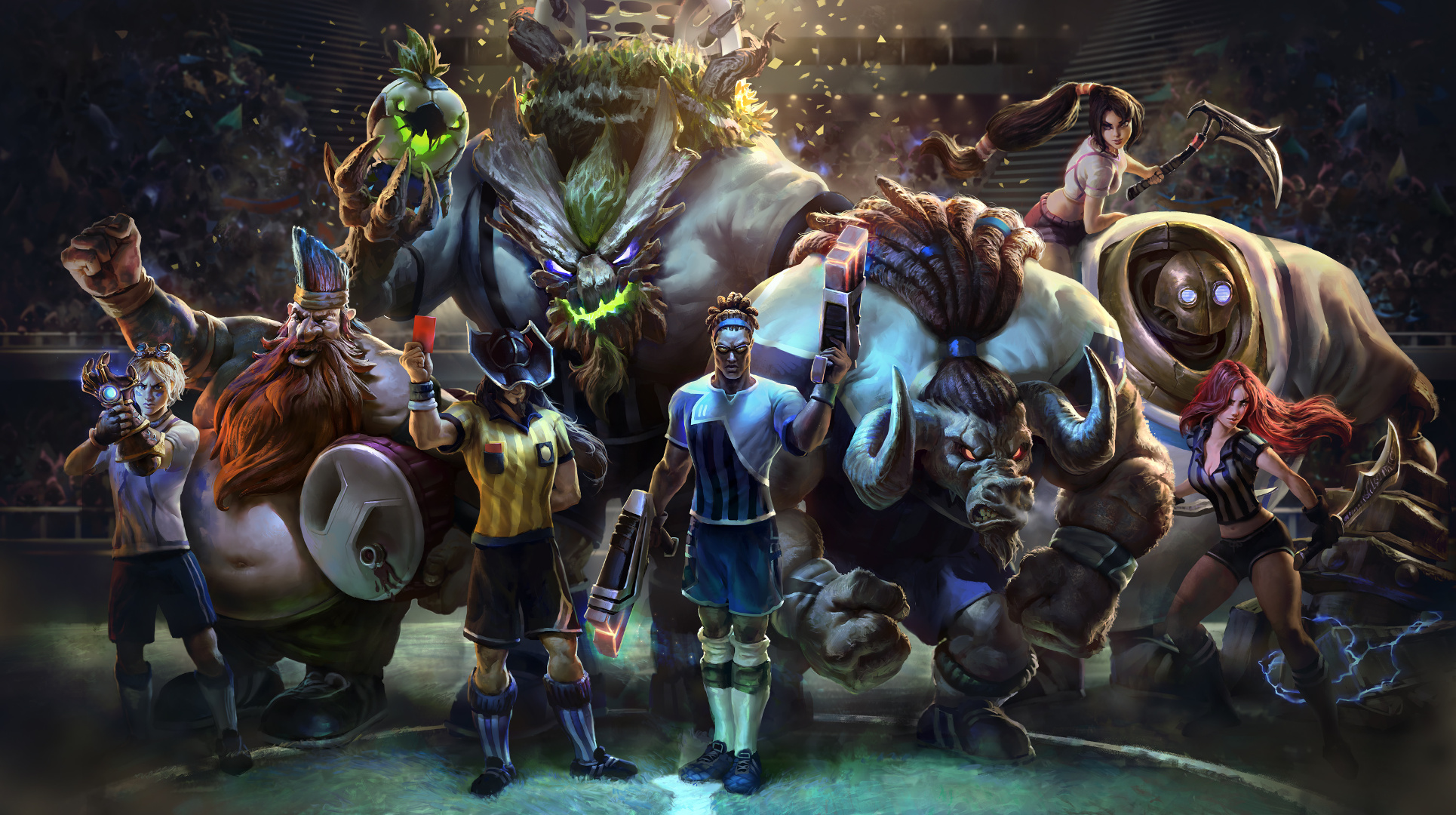 Soccer Cup is a series of alternate future/universe skins in League of Legends. Set in the world of Football, all of the champions are either football players, judges, fans or the soccer ball.

This skin line in League of Legends was created to celebrate the FIFA World Cup.[1]