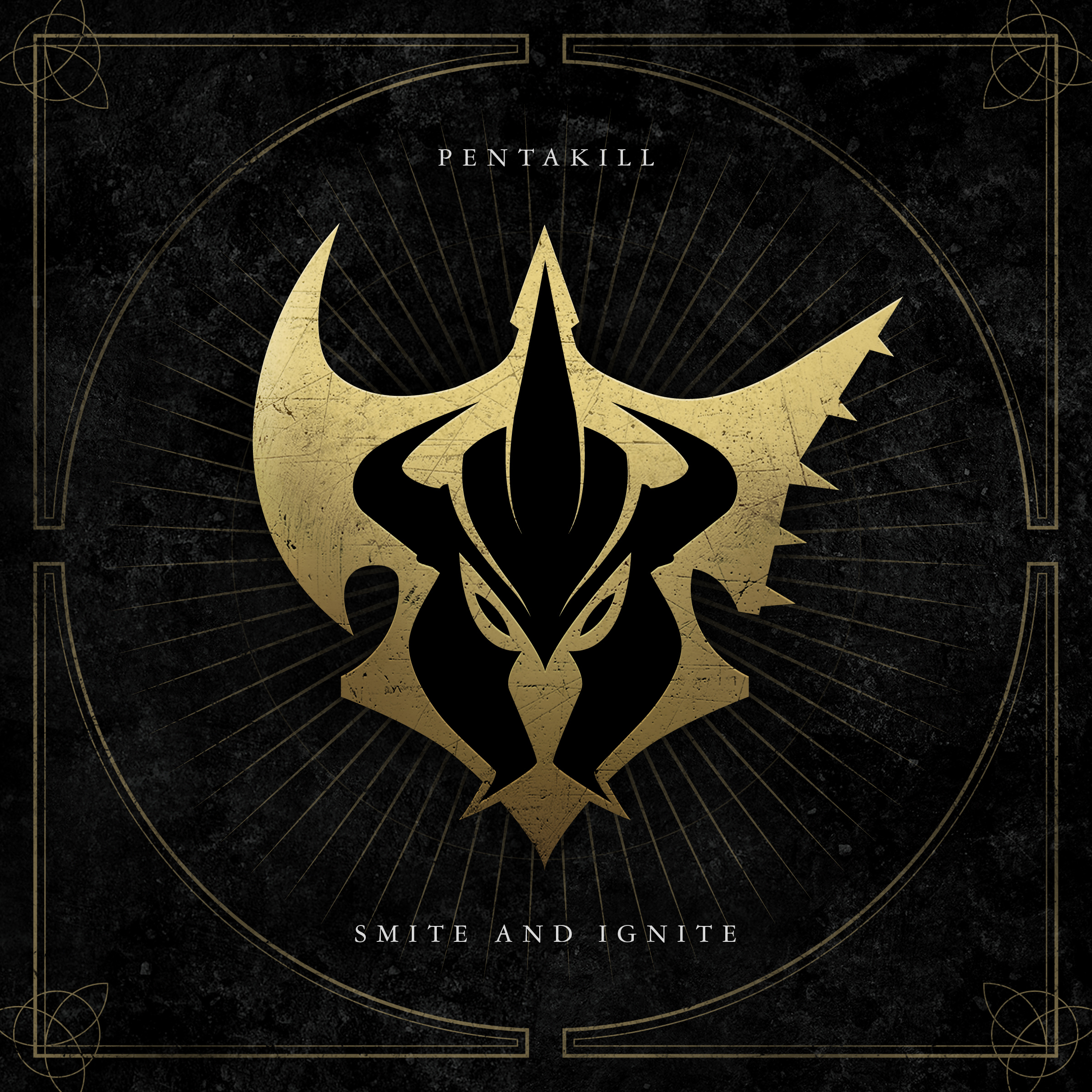 You have seen the true voice of metal fall quiet, surrounded by the massed harmonics of your weak whispers. But listen closely and you shall find the seed of truth:

four voices. Five harbingers of destruction, waiting patiently for their time to rise. And on that chosen day, these five shall change your world forever. Sonic brutality has never ascended such heights before. These voices have already slain

Baron. They have ravaged the Fields of Justice, burned

Runeterra to the ground, and slaughtered millions of

Teemos. When they come, their breed of metal shall smite your plebeian souls and punish your frail bodies. You will cower at their visage and tremble at the name...

And Pentakill is coming for you. Because you have sown and, now, you shall reap.

A prodigal guitarrist just minutes after his birth,

Mordekaiser spent his formative years mastering the art of metal until he was so adept at shredding that his guitars would wither and combust under his furious fretwork. Desperate to find his instrumental equal, Mordekaiser traveled far and wide in search of a legendary guitar known only as

'Numero Uno'. Both made of metal and made for metal, Numero Uno was known as the indestructible axe, a tool Mordekaiser hoped would withstand his beastly playing. Finally, after years of searching, he found it buried deep within a

Shuriman crypt. But as Mordekaiser grasped the instrument's neck for the first time, it too grasped him, filling him with murderous intent and driving his headbanging instincts harder and heavier than they'd ever been before. Mordekaiser emerged from the crypt a changed man an, as he returned to civilization, his antics took a turn for the violent. One fateful band practice, Numero Uno's power became too much - Mordekaiser turned berserk, murdering his bandmates, including their new up-and-coming singer: Karthus.

Pentakill Karthus was not born but reborn. A promising metal vocalist in life, the demons of the

Shadow Isles saw purpose in Karthus and, after his murder at the hands of Mordekaiser, imbued him with undeath before steeping his

voice in the fury of countless lost souls. Karthus resumed singing, earning himself a fearsome reputation after eating a live

Poro and gargling gravel during his Shadowstock debut. He set about establishing himself as the Shadow Isles' finest vocalist but soon grew tired with the lack of local instrumental talent. Remembering Mordekaiser's unmatched playing, Karthus sought passage back to

Valoran and enlisted the help of the only musician Karthus felt was his equal: the bass-playing ferryman: Yorick.

bass playing. But as the years passed by, the ghouls started to enjoy the head-rattling virtuoso's playing. Eventually, they formed Yorick's hardcore fanbase and followed him throughout the Shadow Isles, earning him the nickname 'Brown Note' thanks to their muddy coloration. After ferrying Karthus back to Valoran, Yorick decided to join him, create a '******* awesome' band, and unleashed their terrifying symphony on the unsuspecting living masses.

After arriving in Valoran and reuniting with Mordekaiser, the three headbangers scoured the lands, butchering all within ear's reach with their demonic tunes. But they met their match in Sona, who, through years of silence, had attuned her hearing to withstand all manner of metal. Impressed with both her resilience and her ability to tear up her

keys while in covered in blood, the three offered Sona a place in their band and, thus,

Pentakill Sona was born. With her in the band, the group's destruction amped up significantly and, soon, only the frozen northlands harbored humanity's last stand. The monolithic colossus that is Pentakill was almost complete...

Continuing their massacre, the demonic quartet finally reached the frozen wastes of the

Freljord. Tribe after tribe fell, the

Howling Abyss howled for mercy, and villages were set ablaze until the whole world was ready to burn. Looking for a celebratory drink, the four entered Runeterra's last standing bar and found it empty, save for one man.

Olaf was not in a sober state and challenged 'the biggest of yous *****' to an arm wrestle. Yorick stepped up and the duel began: legend states that the two were locked in arm-on-arm combat for days, sustaining themselves with whiskey and peanuts. Finally, Karthus, bored of the deadlock, offered Olaf a place in the band. "I'm only good at hitting ****", said Olaf.

"Perfect", rasped Karthus. "You shall be our

Lore and Events
Retrieved from "https://leagueoflegends.fandom.com/wiki/Smite_and_Ignite?oldid=3204252"
Community content is available under CC-BY-SA unless otherwise noted.