Shockblade is a series of alternate future/universe skins in League of Legends. Set in a world where champions are ninjas empowered by the Storm.

Bearing weapons imbued with lightning magic through the deadly Cloud Ritual, Shockblades are an order of mysterious shinobi warriors tasked with protecting humankind from malevolent spirits and monsters. They travel between the mortal and spirit realms to chase down threats no one else can touch, safeguarding the future for all denizens of the mortal world. 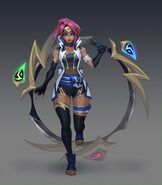 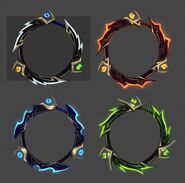 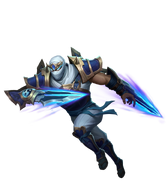