Shadow Isles is a

regional card set based on the canon region of the

Shadow Isles, and has elements from the

Shadow Isles decks are all about making sacrifices to gain power. They feature powerful removal cards and are the only region with access to Kill an Ally, Drain, Steal mechanics. They are also the only region that can return units from the dead.

Blessed Isles were once a thriving, fertile land...until the king of the Isles [1] , beset by grief, sought to defy the natural order of the world, bringing ruination to the land. Now the

Shadow Isles, veiled by the sinister shroud known as the Black Mist, leech life from any creature who dares step foot on those cursed shores. Do you dare turn your gaze to the Shadow Isles? 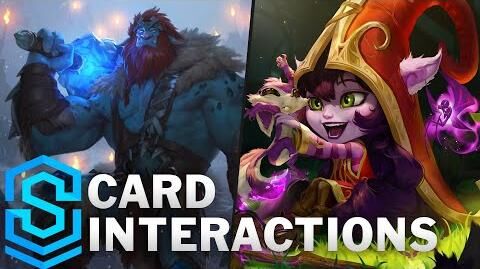 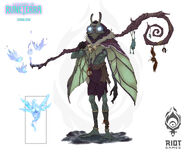 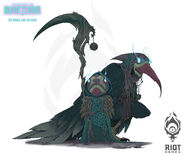