League of Legends Wiki
Register
Don't have an account?
Sign In
Advertisement
in: Sevika, Characters, Characters in Arcane (TV Series) 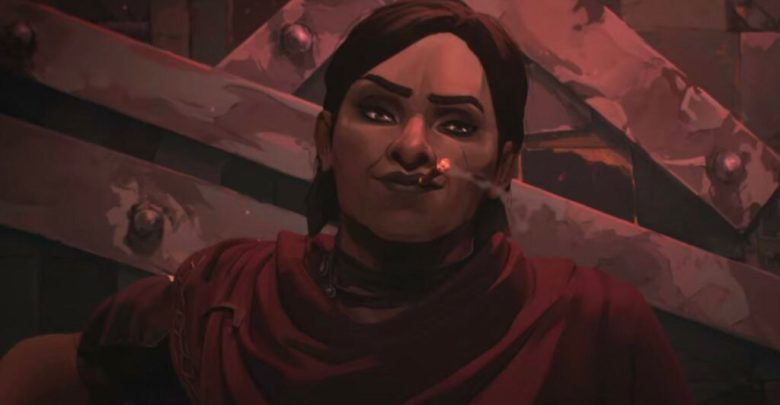 Not much is known about Sevika's childhood, but she is stated to have had a somewhat rocky relationship with her father. As a resident of Zaun, she eventually became fed up with the Piltovan Enforcers attacking the undercity streets, and grew to believe that the only way to earn the respect of Piltover was by fighting back in a violent uprising.

Sevika is first seen as a customer in

Vander's bar, where she questions his plans for peace with Piltover. Vander's speech fails to sway her, and she storms out along with several other patrons, much to Vander's dismay.[1]

Having abandoned Vander, Sevika instead turned her loyalties to the criminal kingpin

Silco, who was building an army of Shimmer-enhanced soldiers to start a violent uprising against Piltover. Silco kidnapped Vander to convince him to join him, but when Vander refused, they had him locked up instead to lure Vander's children into a trap.[2]

However, this plan would backfire when

Powder used a bomb made of Hex crystals, which destroyed the entire complex and nearly killed Silco. Sevika was able to protect Silco from the blast, but lost an arm in the process. Soon afterwards, Silco would adopt Powder as his daughter (renaming her "Jinx"), much to Sevika's annoyance.[2]

Years later, Sevika had worked her way up to being Silco's top enforcer, having acquired a Shimmer-infused mechanical arm and overseeing a multitude of operations within the criminal empire. However, Sevika remained skeptical of Jinx's usefulness to their cause, and frequently told Silco that she was a liability. However, Silco dismissed these claims, leaving Sevika to clean up all of Jinx's messes.[3]

After Vi returned to Zaun, she attacked Sevika and questioned her on Powder's whereabouts. After informing her that Powder now works for Silco and changed her name to Jinx, Sevika stabbed Vi and prepared to finish her off before she was rescued by Caitlyn, causing Sevika to retreat. She then informed Silco of Vi's return, and the gang gave chase.[4] Sevika was later captured and interrogated by Jinx, who tied her up in Silco's office after learning that her sister was alive.[5]

Following Jinx's disappearance, Sevika accompanied Silco to a meeting with the Chembarons, who started questioning Silco's leadership before he strongarmed them back in line.[6] However, Baron Finn continued to undermine Silco and privately urged Sevika to betray him, since Silco was clearly struggling to keep control of Jinx and his criminal empire.[7] After a Shimmer production plant was destroyed by Vi and Jayce, Baron Renni joined the insurrection, and the barons planned to have Silco assassinated. After a tense exchange, Sevika proved her loyalty to Silco by killing Finn, which again brought the other barons back in line.[8]

Afterwards, Silco left the undercity for a parley with Jayce, leaving Sevika in charge in his absence. During this time, Vi entered the Last Drop in hopes of finding Silco, and once again battled Sevika. While Sevika initially got the upper hand on Vi, the fight ended in her defeat, with Vi ripping off her mechanical arm. Afterwards, Sevika awaited Silco's return, unaware of his death at the hands of Jinx.[8]

Sevika is a muscular brown skinned middle-aged woman with black hair and grey eyes. She wears common Zaunite brown colored clothing with some additional copper elements and accessories. She is often seen wearing a red poncho on top of her regular clothing. Due to a shimmer explosion that took her left arm, Sevika would wear a chemtech copper colored prosthetic.

Because she used shimmer to enhance her prosthetic left arm, the entire left area of her body would show cracked blue and purple scarring and veins (most noticeable are her scars on the left side of her face), which would become more prominent and purple in color every time Sevika injected shimmer into her bloodstream. Her eyes would also temporarily turn glowing purple while using shimmer.

As Silco's second-in-command, Sevika is described as a frightening presence in Zaun, keeping the other henchmen in line and even catching the attention of Chem-Barons such as

Finn. Running a tight ship, Sevika doesn't tolerate weakness or failure, which leads her to see Jinx as a liability to Silco's criminal empire, leading to a mutual dislike between the two. Despite this, Sevika is not wholly unsympathetic to Jinx, and offers words of encouragement to Silco upon her disappearance.

Sevika use to respect Vander and followed his leadership in the undercity. After enforcers started to patrol and harass the undercity populace, her and many other concerned citizens look towards Vander for answers. She confronted him about his soft approach with the police and demanded him to act. When he refused, she left his bar and would quickly join Silco's cause and go against Vander's wishes.

Initially, Sevika was indifferent towards young Vi during Vander's reign, not knowing that she was the direct cause for most of Zauns recent upheavals. She attempted to fight young Vi after she taken out most of Silco's goons, but was stopped by him, sending out shimmered up Deckard instead. When Vi got out from prison, she would quickly track Sevika down and engage her in a fight. While both hate each other, they respected each others fighting skills. While Sevika won the first match (only being thwarted by Caitlyn's arrival), she would ultimately loose against Vi in their second encounter at the bar.

After she was adopted by Silco, Sevika rose to the rank of second-in-command, responsible for making sure her bosses operations went smoothly. However her and Jinx had a strained relationship, as both competed for Silco's favor. Sevika saw Jinx as a loose cannon, unhinged and often prone to violent outbursts that result in things going out of control.

Sevika joined Silco's cause after her disappointment of Vander's weak and passive approach towards ruling Zaun. She saw potential in Silco's vision and would become one of his most loyal goons, even saving his life from an explosion that cost her a left arm. During his rise to power Silco would make sure to take into account Sevika's advice and treat her well, though in the matters of Jinx she would greatly disapprove of his soft approaches towards his adoptive daughter. She would sometimes open up to Silco, telling him about her past, often as advice when dealing with Jinx as his child. Even when offered a better deal by other Chem-Barons, Sevika would stay loyal and execute the traitors without question. She would assure him that she never intended to betray him for a worms such as them (indicating that if another stronger person offered a better deal, she would take it). She would ultimately remain loyal to him until his death.

Firelights, who would disrupt and sabotage their shimmer shipments.

While she doesn't know Caitlyn personally, she would be responsible in taking down Sevika and her chemtech arm before she could finish of Vi in their first fight. This would result in Sevika fixing and modifying her arm.

Sevika considered Finn a simpleminded, weak, and arrogant person. While she would appear to have sided with Finn in his attempt to take Silco out, she would ultimately turn against his offer and kill him in front of Silco. 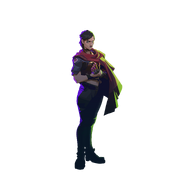