In addition to all these big announcements, we also have a very non-traditional marksman planned for late this year. That's all we have to share today; thanks as always for your feedback and questions!

Hey all, with League's 10-year anniversary underway, it seems like the perfect time to talk about the new champions and VGUs we're working on. Let's jump right in, starting with the champion we just previewed: Senna. 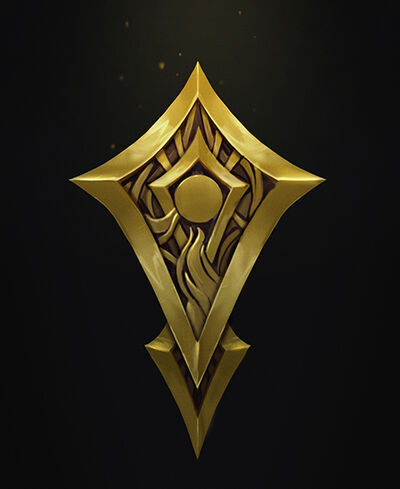 As many of you recently saw, the next new champion will be Senna, a very non-traditional marksman coming to League soon. When we were creating Senna, we knew she should be a marksman, but we also thought she should be able to lane with Lucian. We felt there was a great opportunity for them to work together, with Lucian up close and personal and Senna backing him from a distance with a massive Relic Cannon. With this in mind, we went about building a supportive marksman with a blend of damage and utility.

To go along with Senna, we'll be adding new voice lines for

Lucian as we progress his character and story with Senna's return. Make sure to tune in during the second day of Worlds Quarterfinals for the first look at Senna's gameplay, and check out her Champion Insights the following day for a behind-the-scenes look at her development![3] 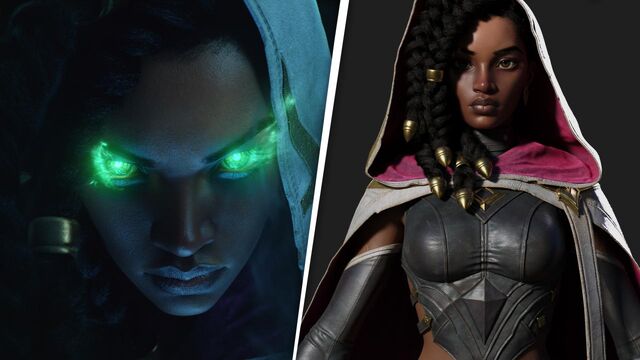 Now that Senna has returned, we wanted to make sure you had everything you needed to celebrate League's newest champion. So, to help, we've collected a ton of assets! In-game turnarounds, music files for her new theme, and the 3D file for her new weapon are all ready to inspire you!

Senna is a complicated woman.[6] Cursed by the Black Mist from childhood.[7] Trained by the father of the man she would later fall in love with. Killed by a spoopy green ghost and trapped in his lantern for six years. And then... what? A suburban Demacian ranch with a white picket fence, a Pug'Maw to fetch the newspaper, and 2.5 kids?

No. That's not good enough for League's first support marksman. She wants more. An end to the Black Mist. Freedom from the curse that keeps the Mist hunting her. A chance to liberate all of the souls suffering within Thresh's lantern. And a really cool weapon to do it all with.

“One of the reasons we loved Xayah and Rakan was because you could be an actual couple in the bot lane,” shares senior designer August 'August' Browning. “We wanted Senna to be a support so she could lane with Lucian, yet we also knew she should have a gun because she had one before getting trapped. There were no support marksmen in the game, so this was an open space for us to explore.”

League has one gatling gun, one minigun, one shotgun (with a cigar), one machine gun Kog'Maw, two handguns, two rifles, two rocket launchers, three pistols, and six shotgun knees. But there was still one gun fantasy missing: A BFG.

Senna's massive relic cannon was one of the guiding elements of her design, shaping everything from her concept art to her gameplay. In one of her earliest gameplay iterations, every time Senna used a spell she'd use the blowback from the gun to dash to a new location. But that made her feel more like a mage than a marksman, so August started working on a kit where she wielded dual pistols like her husband.

“As I was doing this, the art team decided to draw the big gun stuff anyway,” August explains. “And it was sweet as hell, so I completely killed the pistol kit and went back to the BFG.”

While August was working on the gameplay, the art team held a “Senna-dome” led by concept artist Justin 'Earp' Albers, where all the artists interested in Senna could draw what she and her weapon could look like.

“We had to think of what the fantasy railgun is,” says Earp. “An idea pitched by one of the artists was a gun made up of various Sentinels' weapons, melted down and combined together in some way. And we thought the idea was really cool, so after working on it a little we ended up with a gun made of the lightstones from the other Sentinels captured by Thresh.” 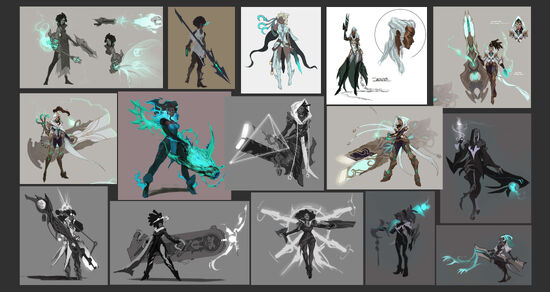 Because League's never had a weapon that can only be classified as an absolute unit, there were a few hiccups when the team tested out the gun in-game. At one point it appeared as if Senna was carrying around Ekko's bat, but at five times the size. Slapping enemies with a giant bat-gun doesn't exactly hit the marksman support fantasy, so the team had to do some creative problem solving to get the animations right.

To give the animators a realistic idea of how someone would move carrying a weapon of that size, one of the members of the team created a to-scale version of Senna's gun. This helped take the animations from bopping enemies with an oversized club to shooting them with a BFG.

With a gun design locked (and loaded) the team was able to turn their focus to another of Senna's design aspects: Who the hell is this woman actually?

There's No Light Without Darkness

Dichotomy is key to Senna's design: light vs. darkness, pre- vs. post-lantern, life vs. death.

“Everyone thinks they know Lucian and Senna's story,” explains senior narrative writer David 'Interlocutioner' Slagle. “But all we know is Thresh killed Senna. Going into it, she was a woman defined by her relationship to her husband and her torturer. So we had to figure out what makes her her outside of these relationships.”

To explore who Senna could be, Interlocutioner wrote stories to go along with each of Senna's concepts created in Sennadome. By taking bits and pieces of each story, the team was able to identify a common thread: Senna wasn't just a woman—especially not one who would allow herself to be defined by her relationships. She was touched by something ancient and evil. Something dark. And thus Interlocutioner landed on one of Senna's narrative pillars: She's a woman cursed, but it's a source of her strength. 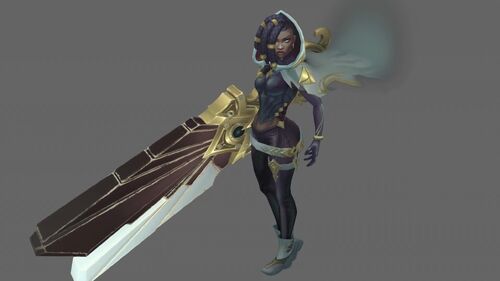 “From a thematic angle, I felt duality was really important,” August shares. “This was someone who was put into an awful, hellish place, and going through something like that changes you.”

One of the team's more difficult challenges was getting Senna's personality just right.

After being trapped in Thresh's lantern, Senna realized that the Mist had hunted her for so long because of the extra spark of life within her—and that the Mist actually acts with a purpose, seeking out that spark. She also gained a sort of kinship with the other souls trapped by the Mist. While those on the outside, including her own husband, might view them as the damned, she understands their pain and knows they want no part in the Mist's plan. And when she emerges, she knows full well that the only way to end the Mist is with the dark power it harnesses.

That sort of pain and suffering can be difficult to convey without making a character that just comes across as angry or edgy while lacking depth. But Senna wasn't willing to allow her past to ruin her life. She can still find humor in little things, even if others might find her sense of humor... a little off. And while Interlocutioner knew exactly what he wanted, it was sometimes difficult to explain Senna's dry, gallows humor—where no one's quite sure if she's joking.

Telling Her Story in the Game

With a better understanding of who Senna is and how she got there, the focus turned back to her gameplay. How do you show Senna's character through her abilities? What do they look like when she has such opposing aspects of herself? And how do you make it all work in the support marksman role?

The answer came from thinking about what Senna's been through since we last saw her. 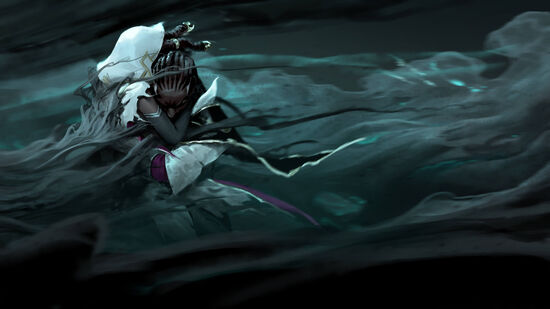 To give Senna a sense of scaling without the need to CS (or KS) or build pure marksman items, the team decided to let her scale based on the amount of souls she collects, similar to Thresh's passive. But instead of absorbing the souls, she uses her curse to draw the Mist into herself, thus releasing the souls from their torment. (In game, this means she autos souls to get their buff, rather than walking over them). And with every bit of Mist she absorbs, she grows more powerful, storing the Mist's power in her gun and unleashing it on whoever she attacks. 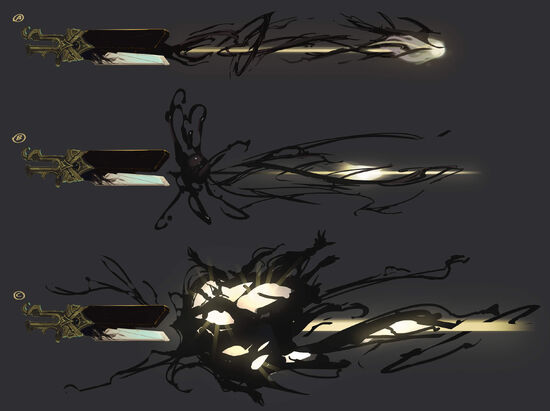 But that's just one part of her kit. What about the rest?

Senna didn't lose what she learned from years of training and fighting alongside Lucian and the Sentinels, despite being trapped in Thresh's lantern for years. She still retains the connection to her previous life, and the team wanted to show it in-game. This is why Senna shares Lucian's Q, but where his is called

Piercing Light, hers is

But... she still died. She spent six years being tortured and witnessing other trapped souls undergoing their own forms of torture. Even through all that, she gained something from the Mist: the power to turn herself and her allies into wraiths.

The team wanted to show that even though she's free, Senna's time in the lantern would be with her forever, and that it had made her stronger. By combining the power from her curse, her training as a Sentinel, and her time in the lantern, Senna's able to unleash a powerful blast of Mist and light that decimates foes and heals allies in its path.

Only by using all the parts of her—her pain and her love—can she truly end the Mist and save Runeterra. Even in the end, after being killed and tortured by Thresh, she has won.

So They Lived Happily Ever After... Or Not

And now that Senna is free?

“They might not live happily ever after. Things haven't always been happy so far,” explains Interlocutioner. “But we wanted to give them a chance to experience love and not just suffering. Senna's out. She's not in constant torture land anymore. And Lucian gets his wife back. It's not perfect, but it's real. I want their love to be real.”

Retrieved from "https://leagueoflegends.fandom.com/wiki/Senna/Development?oldid=3059123"
Community content is available under CC-BY-SA unless otherwise noted.